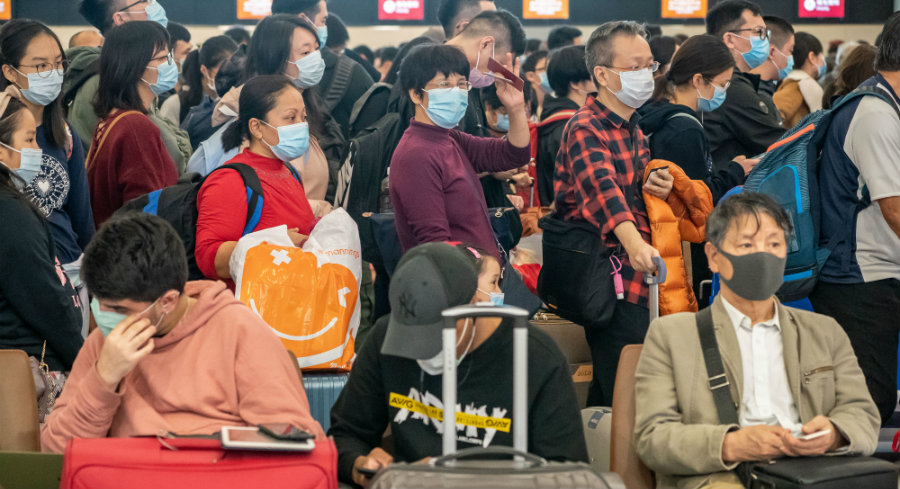 SACRAMENTO — The first potential case of coronavirus spread within a U.S. community involves a patient from Solano County in Northern California who has been treated at the University of California, Davis Medical Center for the past week, according to a hospital staff email obtained by POLITICO.

Solano County is home to Travis Air Force Base, where Americans with possible coronavirus exposure have been flown for quarantine from China and a cruise ship off Japan — but the patient was not known to have close contact with anyone infected with the virus, according to state and federal health officials. Investigators are still trying to trace the origin of the exposure. The county of 441,000 is situated midway between San Francisco and Sacramento.

The patient was transferred to UC Davis Medical Center in Sacramento from another hospital in Northern California a week ago with a suspected viral condition, according to the email sent by David Lubarsky, vice chancellor of human health sciences and CEO for UC Davis Health, and Brad Simmons, interim CEO of the medical center. The Davis Enterprise was first to report on the email Wednesday.

The patient had not yet been diagnosed, but UCD staff considered the patient as a possible coronavirus case and asked the Centers for Disease Control and Prevention for testing, the UCD leaders wrote. However, the patient did not immediately get tested for coronavirus because they didn’t fit the existing CDC criteria.

The CDC eventually ordered a test Sunday and confirmed Wednesday that the patient was infected, according to the email. It was not the hospital’s first coronavirus case, "and because of the precautions we have had in place since this patient’s arrival, we believe there has been minimal potential for exposure here at UC Davis Medical Center," the email stated.

California health officials stressed that the health risk to the general public is still low and that COVID-19 has a low mortality rate despite spreading quickly. There have been no deaths in the U.S.

"We have been anticipating the potential for such a case in the U.S., and given our close familial, social and business relationships with China, it is not unexpected that the first case in the U.S. would be in California," said Dr. Sonia Angell, director of the California Department of Public Health and state public health officer. "That’s why California has been working closely with federal and local partners, including health care providers and hospitals, since the outbreak was first reported in China — and we are already responding.”