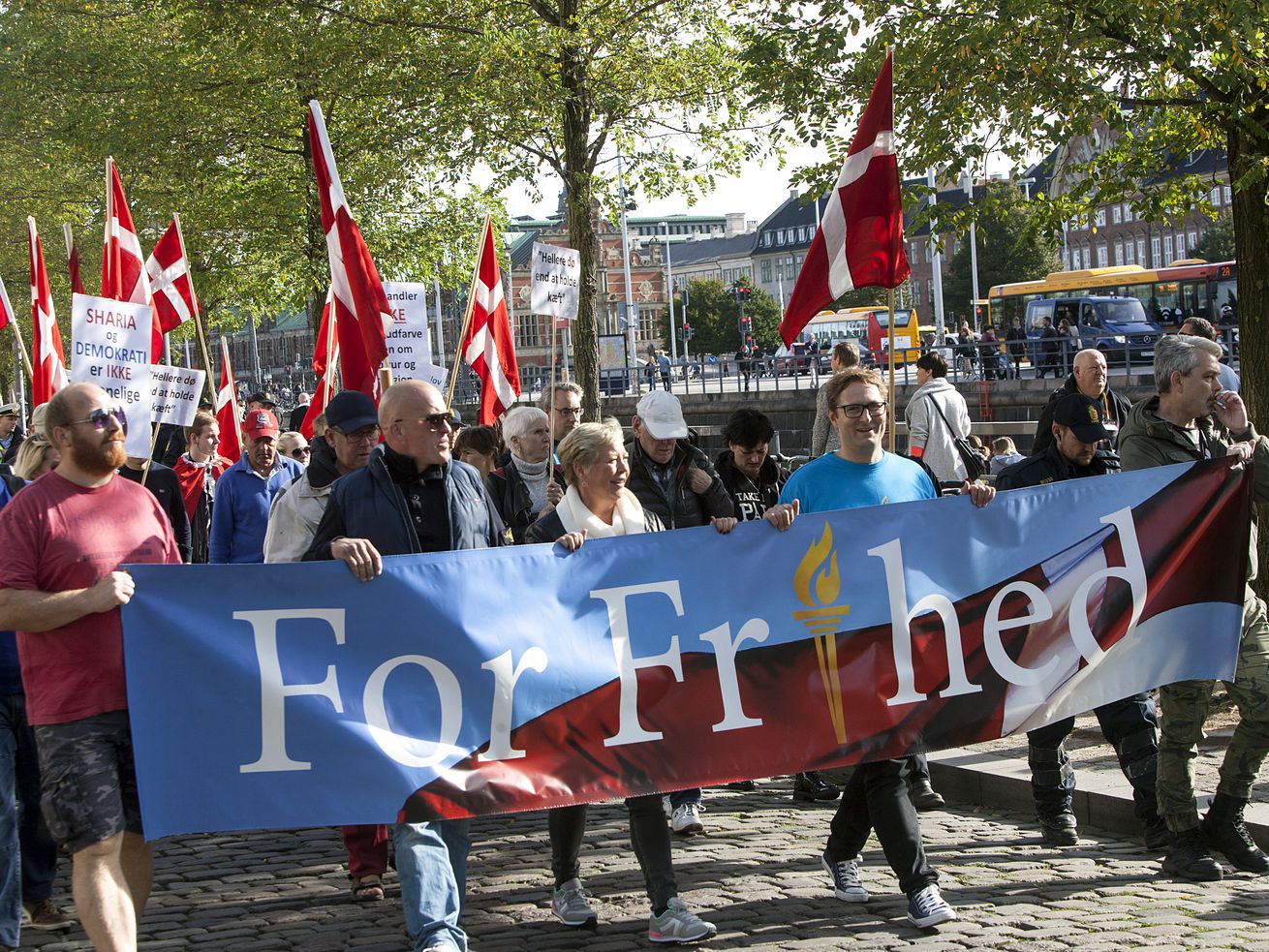 An anti-Muslim demonstration in central Copenhagen, Denmark, in 2016. | Ole Jensen/Corbis via Getty images

A new study finds that the more immigrants people believe there are, the less supportive they are of progressive programs.

A handful of left-wing leaders are concluding you have to pick one. Jacinda Ardern, the internationally beloved 39-year-old prime minister of New Zealand, has substantially expanded her country’s welfare state, increasing paid parental leave from about four months to six months, and introducing a child allowance of about $2,000 for babies in the first year of their life. When Social Democrat Mette Frederiksen became prime minister of Denmark last year, she promised higher spending on health, education, day care, and other social priorities.

But Ardern has formed a coalition with the hardcore anti-immigration New Zealand First Party, and Frederiksen is among the most anti-immigrant leaders in the Western world, who supports forcing “non-Western” migrants to take lessons in “Danish values” and confiscating jewelry, money, and other valuables from refugees.

A commitment to bolstering the welfare state fused with immigration restrictionism — is this the future of the left in the West? A new paper by Harvard economists suggests there are deep reasons rooted in public opinion why this could be the case.

The study, by Harvard economics professors Alberto Alesina and Stefanie Stantcheva, is part of a broader project in which they use large-scale online surveys to measure how voters’ support for redistributive policies are shaped by perceptions around immigration, social mobility, and other factors. They find that misperceptions about immigration are widespread, and mostly serve to reduce support for redistributive programs.

How misperceptions about immigration can undermine support for the welfare state

Alesina and Stantcheva are interested in how people’s perceptions of immigration — how common it is, who’s immigrating, whether they use welfare or not — shape their views about welfare and redistribution more generally.

They begin by laying out a model for how voters decide how much taxing-and-redistributing they want to do.

“When we decide how much to redistribute, how progressive the tax should be, the thinking is: I’m putting some weight on everyone in the economy, measuring how much I value $1 given to Dylan, $1 given to Stefanie,” Stantcheva told me, laying out the model. “The weight we put mentally depends on many characteristics of those people: how poor they are, how hard they work, etc.”

Voters often put a lower weight on immigrants’ welfare, which means the more immigrants they think are getting money from the government, the less likely they are to support redistribution overall. But the picture is more complicated than that. Alesina and Stantcheva’s model also assumes that voters put a low weight on “freeloaders”: people they perceive to be cheating the welfare system, as opposed to the “deserving poor,” who are getting benefits they ought to be receiving. If voters think that a higher share of immigrants than natives are freeloaders, that will also reduce support for redistribution.

In short, the misperceptions — that there are many immigrants, and that they are likely to be freeloaders — are a perfect cocktail for reducing support for redistribution, according to Alesina and Stantcheva’s model.

These misperceptions were concentrated among respondents with little education, who tended to “work in sectors more exposed to immigrants,” and who were right-wing. Moreover, offering respondents accurate information in the hope of correcting misperceptions surrounding the number of immigrants and their welfare usage did not change the views of skeptics: “If anything, it makes the immigration issue more salient, which reduces support for redistribution.”

Indeed, the point about salience is important. Just mentioning immigration before asking about redistribution reduced the share of respondents expressing support for redistribution, with the biggest drop occurring among right-wing respondents with already negative views of immigrants.

How can supporters of immigration and redistribution respond?

Stantcheva stresses that her and Alesina’s work is descriptive, not normative. They’re not aiming to condemn people with misperceptions about immigration or argue for increased immigration; they’re just trying to put together an accurate model of how people’s opinions on the topic are formed.

And it’s worth emphasizing that there is a real gap between public opinion and government policy. Policies with majority public support are often not enacted, and policies with strong public opposition are sometimes enacted, so explaining why voters feel a certain way about immigration is not sufficient to explain why a government has become more or less sympathetic to immigration.

But the roots of public opinion still shape how parties form their platforms and create limits on how far they can move in support or opposition to redistribution and immigration. “Understanding at the more macro level why some things are happening [to policy] now in Western Europe and the US might be easier if we understand the micro level,” Stantcheva says.

One way left parties might respond is the way Denmark’s Frederiksen and, to a lesser degree, New Zealand’s Ardern have responded: by tacking right on immigration and explicitly prioritizing welfare state expansion over immigrant rights given that there appears to be some kind of trade-off between them.

The opposite approach would be to do a moderate version of what libertarian advocates of expanded immigration urge: curtailing the welfare state, at least for immigrants, as a price of maintaining high levels of migration.

A more modest intervention might be trying to promote higher educational attainment. Alesina and Stantcheva find that misperceptions about immigrants are highest among people with less education, and a recent paper by political scientists Charlotte Cavaille and John Marshall found that the introduction of mandatory schooling laws in Europe causally reduced opposition to immigration. That is, it’s not just that the kind of people who like immigrants are the same people who go to school for longer; making people go to school for longer actually makes them less nativist.

But we’re really in the early stages of even understanding how anti-redistribution and anti-immigrant sentiments interact, and identifying effective policies to move opinion in one direction or another is exceedingly difficult given what we know.

“Making policy recommendations, we’re too far away now,” Stantcheva emphasizes. “We just want to draw a map of what people think about, and how they respond.”

Sign up for the Future Perfect newsletter. Twice a week, you’ll get a roundup of ideas and solutions for tackling our biggest challenges: improving public health, decreasing human and animal suffering, easing catastrophic risks, and — to put it simply — getting better at doing good.