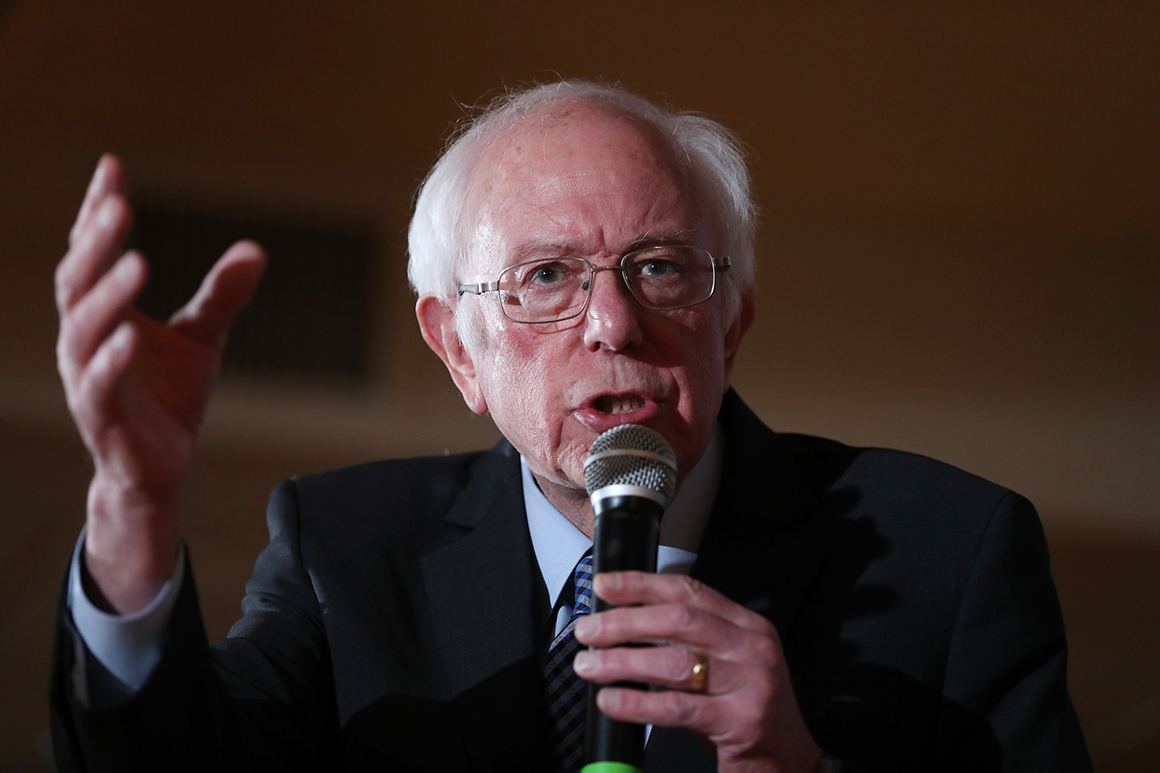 Democrats are settling in for a long and brutal presidential primary season that could conclude at the Democratic National Convention in July, raising fears that five more months of party infighting could boost the prospects of President Donald Trump.

It’s not that Democrats don’t like their options. But none of the top candidates are showing any signs of budging and “the number of candidates is” working to Trump’s advantage right now, said Sen. Dianne Feinstein (D-Calif.), who supports former Vice President Joe Biden.

“We’ll ultimately have a presumptive nominee fairly late. I think it could [help Trump]. It really makes it more difficult because it’s just harder to organize,” said Rep. Dan Kildee (D-Mich.), who is neutral in the race. “Just literally organizing an operation on the ground is hard to do quickly.”

Sen. Bernie Sanders (I-Vt.) has established himself as the early frontrunner but makes party insiders nervous, particularly House Democrats who are fretting about how the top of the ticket will affect their majority. A clear alternative to Sanders hasn’t emerged and may not for weeks given the late entry into the campaign of Michael Bloomberg.

“If the Democrats are not united, then a strategy of winning the Electoral College could work for the president,” said Sen. Ben Cardin (D-Md.), who has not endorsed a candidate. “The calendar is: We could be doing this in July. And there could be hard feelings afterward. You saw that in 2016. We were not as united as we needed to be. So I worry about that.”

The muddle has left congressional Democrats trying to win the Senate and keep the House increasingly anxious. Majorities of both House and Senate Democrats haven’t yet endorsed, adding to the confusion and evoking the paralysis of Republicans in 2016 as Trump surged ahead of a crowded field.

Some Democrats think the anxiety might not be such bad thing. Despite his divisive rhetoric and generally low approval ratings, Trump is an incumbent president and presides over a good economy. And after the party’s certainty that Trump was a terrible candidate in 2016 and Hillary Clinton would waltz to victory, a bit of a freak-out might be warranted. 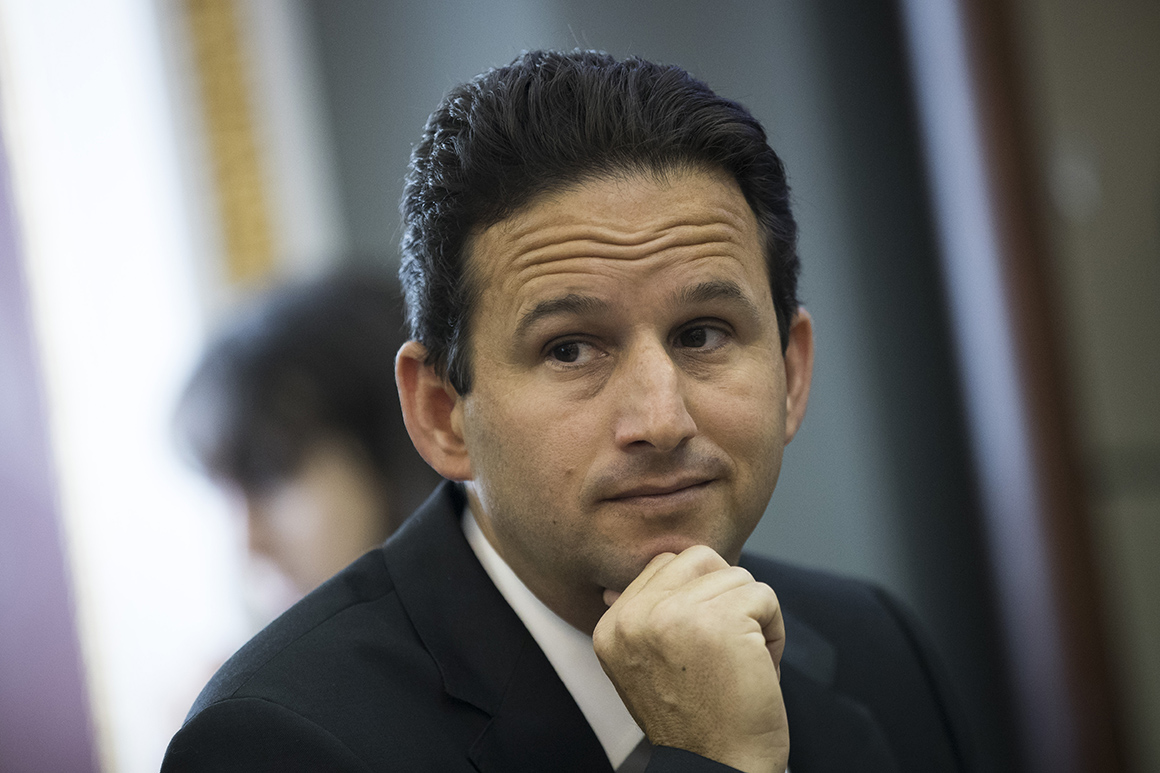 “Primaries make people nervous. Primaries are the most painful races in politics,” said Sen. Brian Schatz (D-Hawaii), who is unaffiliated and said any of the frontrunners could beat Trump. “It is a better state of mind for all of us to be paranoid and motivated rather than overconfident and just checking 538 every 45 minutes.”

But it could be a lengthy state of paranoia, particularly with centrists grasping for a Sanders alternative. Biden’s backers are eager to see him perform in more diverse states after weak performances in Iowa and New Hampshire. Bloomberg is spending hundreds of millions of dollars to compete in later states. Buttigieg has shown surprising staying power.

And both Klobuchar and Warren said in brief interviews Thursday that they’re taking a long view. When asked if the race could go all the way to the convention in Milwaukee, Warren said: “It may go that long.”

“It’s likely to be a long primary process. And fortunately, we’ve built our campaign for the long haul,” Warren said.

“It’s just the beginning of the race. There’s only been two states!” Klobuchar said. She laughed when asked if Biden should drop out: “I’m running my own campaign. So that’s all I’m doing. Strong.”

Congressional Republicans are enjoying the chaos. Not only could it help their chances in November, but for once, the focus is off of their constant tension with Trump, whose recent controversies include intervening in Roger Stone’s sentencing, ousting impeachment witnesses and attacking senators.

Now the biggest story is an increasingly ugly Democratic primary, the prospect of a contested convention and a bruised general election candidate.

“The confusion they’re experiencing on their side … the perception of chaos, I think that absolutely works to the president’s benefit,” said Sen. John Thune of South Dakota, the No. 2 Senate Republican.

Even apart from the primary, Democrats are coming to the realization that Trump will be difficult to topple. His base will not abandon him and as an incumbent, he’s the frontrunner by default.

And the party’s divisive nomination fight may only strengthen Trump’s hand.

Most Senate Democrats are expressing confidence that anyone from Sanders to Bloomberg can beat Trump, and few of them buy into the idea that Sanders will be a disaster. Senate Democrats also don’t appear worried about any down-ballot consequences; only a couple incumbents are expected to face tough races at the moment.

But the alarm about Sanders and the potential threat to the House majority is palpable on the other side of the Capitol.

“I’m a liberal, so I like Bernie and I don’t have anything against him. I’m just a realist,” said Rep. Juan Vargas (D-Calif.), who has backed Bloomberg. “The reality is, he’s not going to play well. And Trump will easily be able to label him as a socialist… and we’re going to get absolutely wiped out.”

Sanders pushed back against the growing sense from House Democrats that he will cost Speaker Nancy Pelosi the gavel. He said his campaign will increase turnout and give other candidates on the ticket a boost.

And he said the disaffected Trump voter will come his way.

“We are the campaign that’s going to bring disenchanted alienated working-class people back into the political process and once again make the Democratic Party a party of working people,” Sanders said at the Capitol Thursday. “If we’re going to beat Trump we need a very, very large voter turnout.”

Democrats won back the House in 2018 by flipping more than three dozen Republican seats — and many of those same Democrats don’t buy Sanders’ rationale. As Biden has stumbled — initially the favorite choice for many moderate and black Democrats — Bloomberg has stepped in to fill the vacuum, racking up several House endorsements in the last week.

Biden still far outpaces other Democratic candidates in terms of congressional support, but several House lawmakers have privately discussed coming out for Bloomberg sooner rather than later as a strategy to try to blunt Sanders’ rise.

Sanders’ surrogates, like Rep. Alexandria Ocasio-Cortez (D-N.Y.), have been quick to fire back, lashing Bloomberg on his controversial policies as mayor of New York City, including stop-and-frisk.

But when asked what the progressive firebrand is telling her centrist colleagues who are nervous about a Sanders nomination, Ocasio-Cortez quickly pivoted to a message of party unity.

Of course eventually, there will just be one name on the ballot against Trump. And Democrats are hoping that after a grueling winter and spring primary season, that person will be ready to go toe-to-toe with one of the most combative politicians in history.

“Running against Trump is going to be a meat grinder and so you should prove that you can survive a meat grinder,” said Sen. Chris Murphy (D-Conn.). “It’s important for us to have a really messy, highly contested primary process in order to make sure we’re nominating the toughest, most ready candidate to run against him.”

Marianne LeVine contributed to this report.