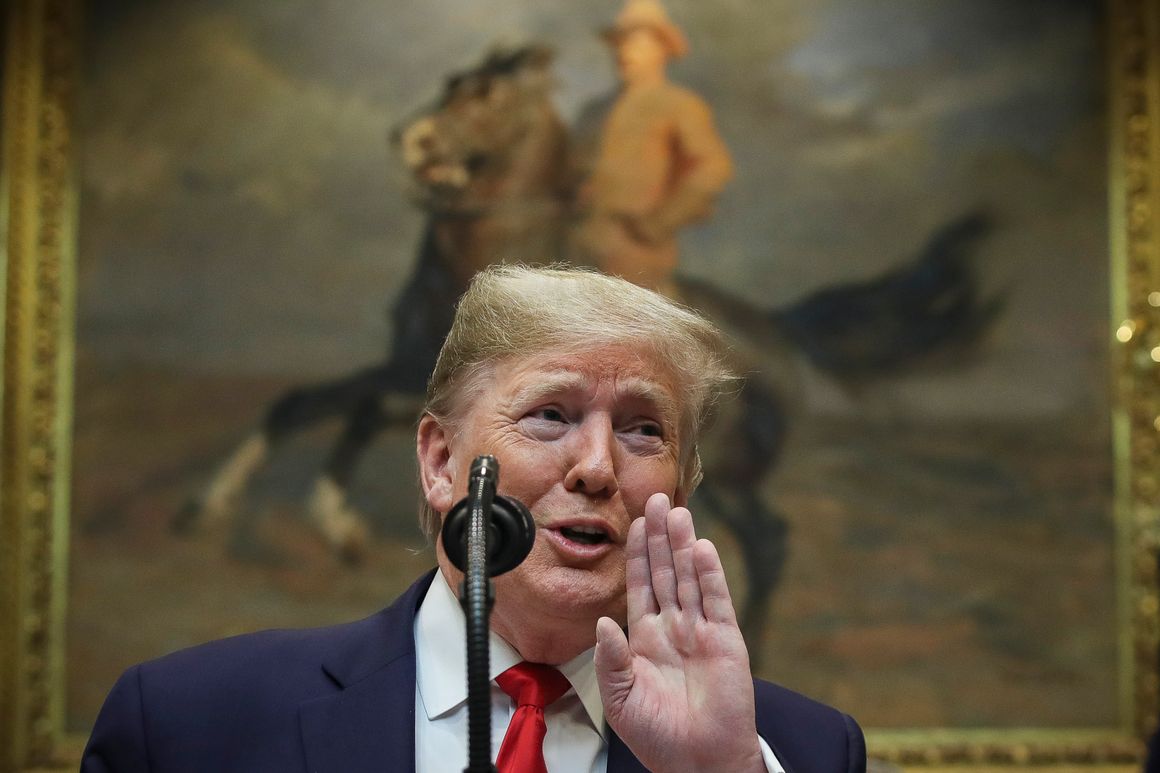 The Senate trial of President Donald John Trump gets underway in earnest Tuesday, and the occasion calls for some reflections appropriate to the majesty of the occasion. Perhaps a meditation on American exceptionalism.

Whoa, there, why the sour face? Aren’t you feeling exceptional?

Don’t you believe the constitutional exercise underway highlights how this country has been ordained by history to play a special role in the affairs of mankind? Isn’t it true that the USA is just plain better than those other countries that are not the USA?

As it happens, the question of whether to evict Trump from office, with its apparently foreordained answer, finds both sides in a sullen, recriminatory mood, hardly a triumphal one. No one is feeling especially special.

Partisans on either side of the Trump question would be hard-pressed to invoke impeachment to make a case to other countries—as Americans historically have been prone to do—about the superiority of our system and the infection-prone political culture that surrounds it.

But let’s give it a try: Discordant as it may seem, this is a fine moment—just as the old jalopy seems to be sputtering—for a revival of American exceptionalism as an idea at the center of national and even global politics.

Specifically, the trial and election that will follow this fall represent a vivid opportunity for progressives to stake a claim on American exceptionalism. This would be a turnabout from the past generation, in which exceptionalism was a stick for conservatives to use against people who allegedly do not believe in it.

Liberals are not likely ever to embrace a brand of American exceptionalism of the sort espoused by Ronald Reagan, one based on the conviction that a Higher Power favors the United States. “I have always believed,” he said in 1982, “that this anointed land was set apart in an uncommon way, that a divine plan placed this great continent here between the oceans to be found by people from every corner of the earth who had a special love of faith and freedom.”

But there are other, more secular strains of American exceptionalism, and they are fast becoming more relevant. The question of the age is how to hold concentrated power accountable to rule of law and to the public interest. Democrats see Trump’s defiance of the House majority during the impeachment inquiry as the most immediate front in this campaign. But the same question echoes on multiple fronts: The implacable rise of authoritarian governments around the world; the problem of bringing to heel technology with unprecedented capacity for surveillance and manipulation.

These problems summon a different kind of American exceptionalism, rooted not in faith but in the historical record. The United States from its first days saw itself with a special responsibility. It required the efforts of exemplary citizens, not divine intercession, to transcend despotism and corruption of the old world. “Commerce, luxury, and avarice have destroyed every republican government,” said John Adams to his friend Benjamin Rush in 1808, after leaving the presidency. “ We mortals cannot work miracles; we struggle in vain against. . .the course of nature.”

That is a pessimism that echoes in the sulphurous climate of 2020, in which one doesn’t sense leaders of either party feeling exuberant about their circumstances.

Trump defenders see a president who promised to Make America Great Again—the very slogan, with its forlorn “again,” highlighting the fragile nature of exceptionalism—and for his efforts is being harassed on flimsy charges by agents of national decline.

The Democrats who say Trump must go, but know he won’t go as a result of this trial, have had their confidence in the basic foundations of governance shaken in even more fundamental ways. First he wins the office in flukish circumstances without majority support. Than he brazenly tightens his grip so that Republicans in an ostensibly separate branch of government are forced to tolerate or even celebrate his abuses of power. As the opposition sees it, the muscles of accountability, and institutional responsibility, on which constitutional democracy depends are severed.

Repairing these muscles is not likely the work of the next two weeks, the expected length of Trump’s trial. But the long-term effort of reviving faith, among liberals and conservatives alike, that politics is on the level, and that the country is not facing decline, would be aided by a creative and credible brand of exceptionalism.

Democrats are understandably wary of an idea that historically has been an effective weapon. In 1988, George H.W. Bush used his Republican nomination speech to say that Democrat Michael Dukakis did not believe in exceptionalism, and instead saw the United States “as another pleasant country on the U.N. rollcall, somewhere between Albania and Zimbabwe.”

What Obama and liberals reject, however, is a brand of exceptionalism that implies America can do as it likes. What needs rediscovery is that brand that believes that national pride can be infused with humility.

The best essay I’ve read on American exceptionalism was from the late historian Arthur M. Schlesinger Jr. (a friend, who has been invoked in this column before). He began his 1986 book “The Cycles of American History” with an essay on this theme: “The Theory of America: Experiment or Destiny.” The early leaders of the country were virtually unanimous, Schlesinger wrote, in understanding the improbable nature of the new American republic. These leaders were in the main deeply read in the history of ancient Greece and ancient Rome. They knew that the early republics had died, replaced by centuries of monarchy, feudalism, and theocratic rule. They knew that most Europeans believed—and many hoped—that the new country would fail. It infused them with “this urgent sense of the precariousness of the national existence.”

But how this precariousness would be surmounted was a source of division from the start. Believers in destiny felt that America represented a “New Jerusalem.” The 18th Century preacher Jonathan Edwards believed, as Schlesinger quotes, “the Latter-Day Glory is probably to begin in America.”

But adherents to the idea of America as an experiment believed that a new system of government was the work of mortals, and sustaining it would be constantly tested by the weaker elements of human nature. In the Gettysburg Address, Lincoln asked whether a government conceived in liberty “can long endure.”

The notion of American destiny inclines the mind toward entitlement: We are doing God’s will in the world. The notion of experiment inclines toward restraint: America must live up to its own ideals, a higher standard than the rest of the world. One tradition points toward regarding power as creating its own legitimacy; The other points toward rule of law and consent. One emphasizes indomitability; the other contingency and an enduring fragility.

In his exhortations to national greatness, Trump sometimes invokes mystical notions of leadership. “I alone can fix it,” he vowed at his Cleveland nominating speech in 2016. He fits, if crudely, in the tradition of America as destiny.

House Speaker Nancy Pelosi in the impeachment drama several times has quoted Benjamin Franklin, who said the Founders had created “a republic, if you can keep it.” She was placing herself in the tradition of America as experiment.

She was also invoking her own brand of American exceptionalism. But there surely are a lot of people out there who find the example of America—at its best—more appealing than most of the alternatives the world has to offer.