Tottenham Hotspur booked their place in the fourth round of the FA Cup following a 2-1 victory against Middlesbrough last night.

The Championship outfit forced a replay after holding Spurs to a 1-1 draw at Riverside, and were close to completing a comeback at North London after halving the deficit with seven minutes to go.

However, Jose Mourinho’s men stood their ground and put in a resolute performance at the back.

Giovani Lo Celso and Erik Lamela had put Tottenham in a two-goal lead 15 minutes into the game, but the hosts couldn’t increase their advantage, with Boro proving their worth.

Those goals and their overall performance came very handy in the end, though, and Match of the Day presenter Gary Lineker reacted thus to the result on Twitter:

Lo Celso took to Instagram to react to the result and express delight at grabbing his second goal for Spurs.

Into the next round ! So happy to score. Great work team. #COYS #FACup 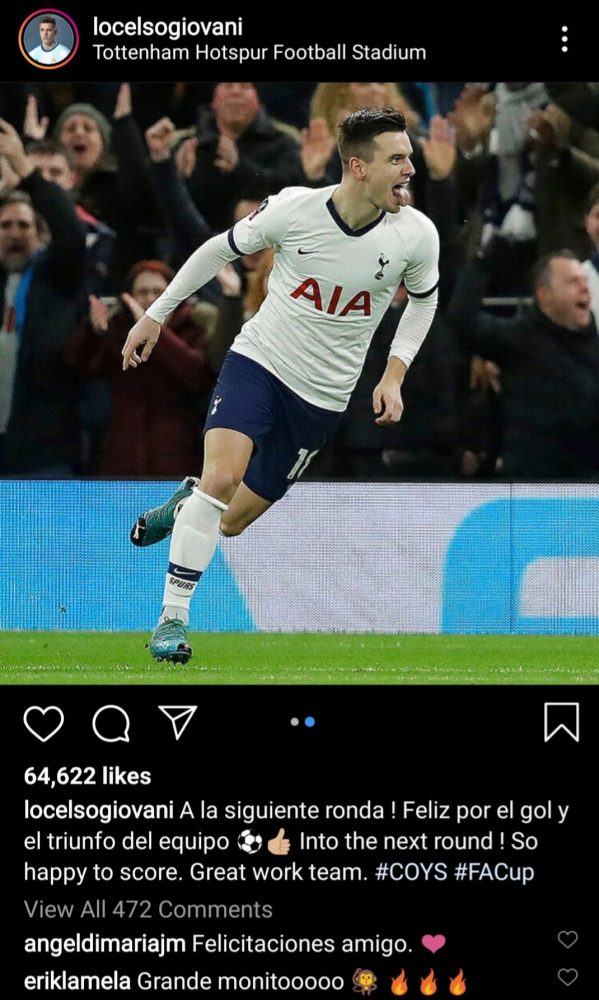 Tottenham will travel to the St Mary’s Stadium to face Southampton in the fourth round on the 25th of January, and they will look to secure a win as the FA Cup is the most realistic chance of winning their first silverware since 2008.

Mourinho’s side are looking to finish in top-four in the Premier League and are currently ninth in the table -nine points behind Chelsea.

They were dumped out of the EFL Cup in the third-round by League Two side Colchester and will come against the current Bundesliga leaders RB Leipzig in the Champions League round-of-16.