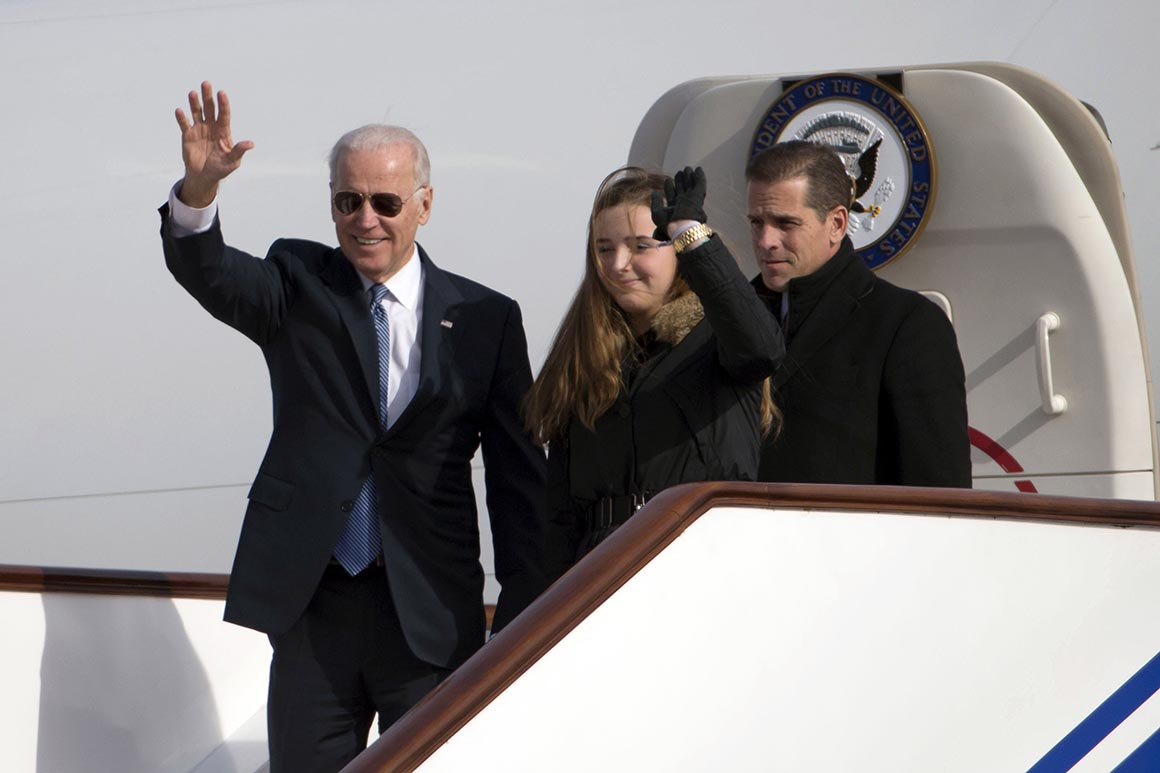 A majority of voters believe it was inappropriate for Joe Biden’s son to work for a Ukrainian gas company while his father led U.S. foreign policy initiatives in the country, according to a POLITICO/Morning Consult poll.

The Biden-Ukraine affair ultimately led to President Donald Trump’s impeachment for pressuring Ukraine to investigate the Bidens. Voters were split 47-47 percent on whether it was appropriate for the Senate last week to acquit Trump, the poll shows.

Still, a plurality of 40 percent said the Biden-Ukraine affair wouldn’t make any difference in their vote, while 31 percent said it made them less likely to support him and 8 percent said more likely.

As with questions about Trump, there’s a partisan divide when it comes to the issue involving Biden, with Republicans and conservatives more inclined to see scandal, impropriety and conflicts of interest than Democrats and liberals. Independents and moderates were in between.

The issue has cropped up a handful of times on the campaign trail, leading in December to a fiery response in Iowa from Biden, who has objected to press questions about his son’s job, saying it’s a “distraction” from Trump’s conduct. During a friendly interview Thursday on the ABC show “The View,” Biden also avoided talking much about it when the hosts brought up Trump’s frequent attacks on Hunter Biden, whom Trump calls corrupt and mocks for staying out of the public eye.

“Where’s Hunter?” is a favorite refrain of the president, whose campaign sells T-shirts printed with the slogan.

Biden suggested Thursday that he wanted to beat up Trump.

“I would like to be able to be back in high school and just have he and I in a room,” Biden said.

He has previously said he had only a brief conversation with his son about the Burisma job.

There has been no evidence showing that Hunter Biden or Joe Biden broke any laws while he served as vice president when his son in 2014 took the job with Burisma.

In testimony during the impeachment proceedings against Trump, government officials testified that Joe Biden was acting in accordance with the international community when he led U.S. policy forcing the resignation of a corrupt Ukrainian prosecutor who at one point had been investigating Burisma. But officials also testified that they were uneasy about the appearance of a conflict of interest when Hunter Biden worked for Burisma while his father was involved in Ukrainian affairs on behalf of the U.S. government.

Independent voters, whose support can be crucial in a general election, were far more likely than Democrats to view Hunter Biden’s business dealings as inappropriate, 54 percent to12 percent. And by 57 percent to 15 percent, independents said it was a scandal, with 28 percent calling it a “major” scandal and 27 percent a “minor” scandal.

The POLITICO/Morning Consult poll was conducted Feb. 7-9, before this week’s primary in New Hampshire. The poll surveyed 1,996 registered voters via online methodology and has a margin of error of plus or minus 2 percentage points.

Morning Consult is a nonpartisan media and technology company that provides data-driven research and insights on politics, policy and business strategy.

More details on the poll and its methodology can be found in these two documents: Toplines | Crosstabs