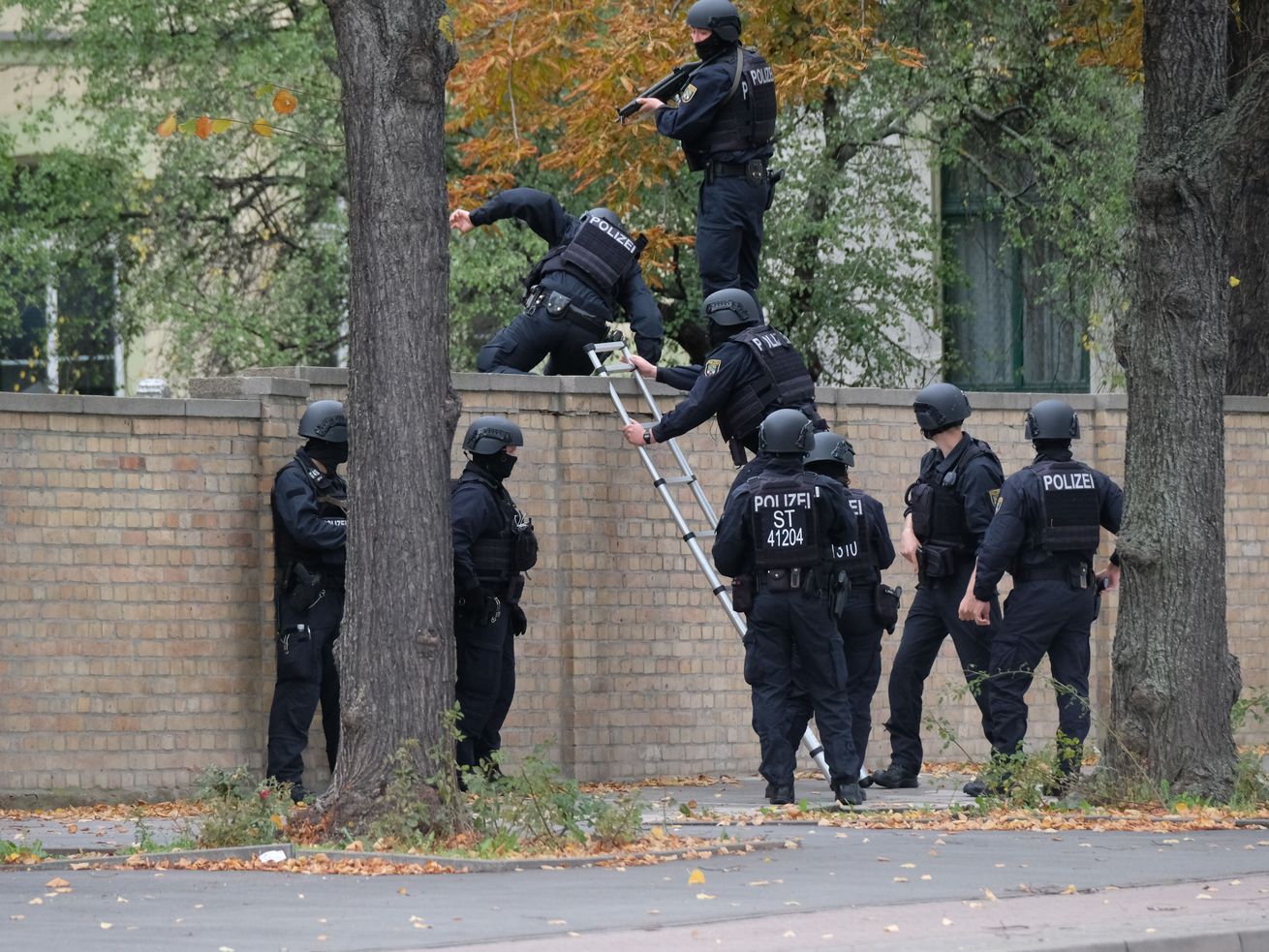 Police in Halle en der Saale, in eastern Germany, on October 9, 2019 after two people were killed in a shooting outside a synagogue. | Photo by SEBASTIAN WILLNOW/dpa/AFP via Getty Images

At least two people have been killed in a shooting near a synagogue in Halle, Germany.

At least two people have been killed Wednesday in Halle, Germany.

The shootings happened near a synagogue and a kebab shop. At least one suspect has been arrested, though police are still investigating whether others were involved in the attack.

Wednesday is Yom Kippur, one of the holiest days on the Jewish calendar. German media is reporting that at least one gunman posted a video of his assault, recorded with a helmet camera, where he made anti-Semitic comments. But police have not yet confirmed that this was a targeted attack.

The story is still developing. Here’s what we know, and don’t, so far.

Dozens of heavily armed police in #Halle patrolling Humboldtstrasse, where a deadly shooting outside a synagogue took place. Federal anti-terrorism authorities are investigating the incident. Links to far-right extremism have not been ruled out. pic.twitter.com/FX5eBdSxhf

What we don’t know

POLITICO Playbook: Why Democrats and Republicans are winning on impeachment