“Are you feeling anything that could be construed as explosive cell death? No? Wonderful! Let’s get started.” –  Dr. Phineas Wells from The Outer Worlds

We think this quote from The Outer Worlds is applicable in most situations. No explosive cell death? Awesome! Speaking of explosive, we’ve got a great batch of amazing games that are out of this world (see what we did there?) coming to Xbox Game Pass for PC (Beta) this month.

Also, now’s a great time to remind you to keep your eyes on our Xbox Game Pass for PC Twitter account for release date announcements news and updates, and titles leaving soon in the Xbox (Beta) app (which is always a great time to use your member discount to grab ‘em before they’re gone).

Now let’s take a look at what’s on the horizon!

Games Coming to Xbox Game Pass for PC This Month:

F1 2018 challenges you to make headlines as you become immersed in the world of F1 more than ever before. Build your reputation both on and off the track, with time-pressured media interviews that influence your career in the sport. F1 2018 puts you in control of your destiny. Featuring all the official teams, drivers, and all 21 circuits of the thrilling 2018 season that sees the return of the French and German Grand Prix to the calendar; meaning that you can now race at Circuit Paul Ricard for the first time ever and Hockenheimring makes a return. Take your bike on a thrilling ride down an untouched mountain landscape. Make your way through thick forests, narrow trails, and wild rivers. Race, jump, slide, and try not to crash – all the way from the peak to the valley! Explore rocky mountain slopes with your bike, jump over sandy gorges or find your way through the foggy forests. Each mountain awaits you with new challenges to find your own way to the finish line.

A peculiar little adventure played 60 seconds at a time. Journey outside the comfort of your home to help unusual folk, uncover countless secrets, and overcome dangerous foes, all in hopes of lifting a rather unfortunate curse that ends each day after just one minute.

The Outer Worlds is a new single-player first-person sci-fi RPG from Obsidian Entertainment and Private Division. Lost in transit while on a colonist ship bound for the furthest edge of the galaxy, you awake decades later only to find yourself in the midst of a deep conspiracy threatening to destroy the Halcyon colony. As you explore the furthest reaches of space and encounter various factions, all vying for power, the character you decide to become will determine how this player-driven story unfolds. In the corporate equation for the colony, you are the unplanned variable. A special bundle that includes the award-winning blockbuster Saints Row IV and all DLC. After saving the world from a terrorist attack the leader of the 3rd Street Saints is elected to become President of the United States. Things go reasonably well until an alien warlord named Zinyak attacks the White House and abducts his entire cabinet. Now stuck inside a reality bending simulation, the President and the Saints fight to save themselves, Earth, and the entire galaxy.

Experience an alarmingly realistic vision of the near future. Dive into a multi-layered sci-fi thriller, where dystopian reality and digital utopia are intertwined to unravel a global conspiracy in a society of ubiquitous digitalism, surveillance, and transhumanism. Explore a world with a rich and unique visual style, combining realistic environments with low-poly characters. Take on the role of journalist Richard Nolan, as well as five additional playable characters, and use deduction skills and research to reconstruct Richard’s past.

Journey through a spectacular and ever-changing universe from the creators of Cities: Skylines. Explore, discover, and interact with a multitude of species as you journey among the stars. Forge a galactic empire by sending out science ships to survey and explore, while construction ships build stations around newly discovered planets. Discover buried treasures and galactic wonders as you spin a direction for your society, creating limitations and evolutions for your explorers across enormous procedural galaxies. 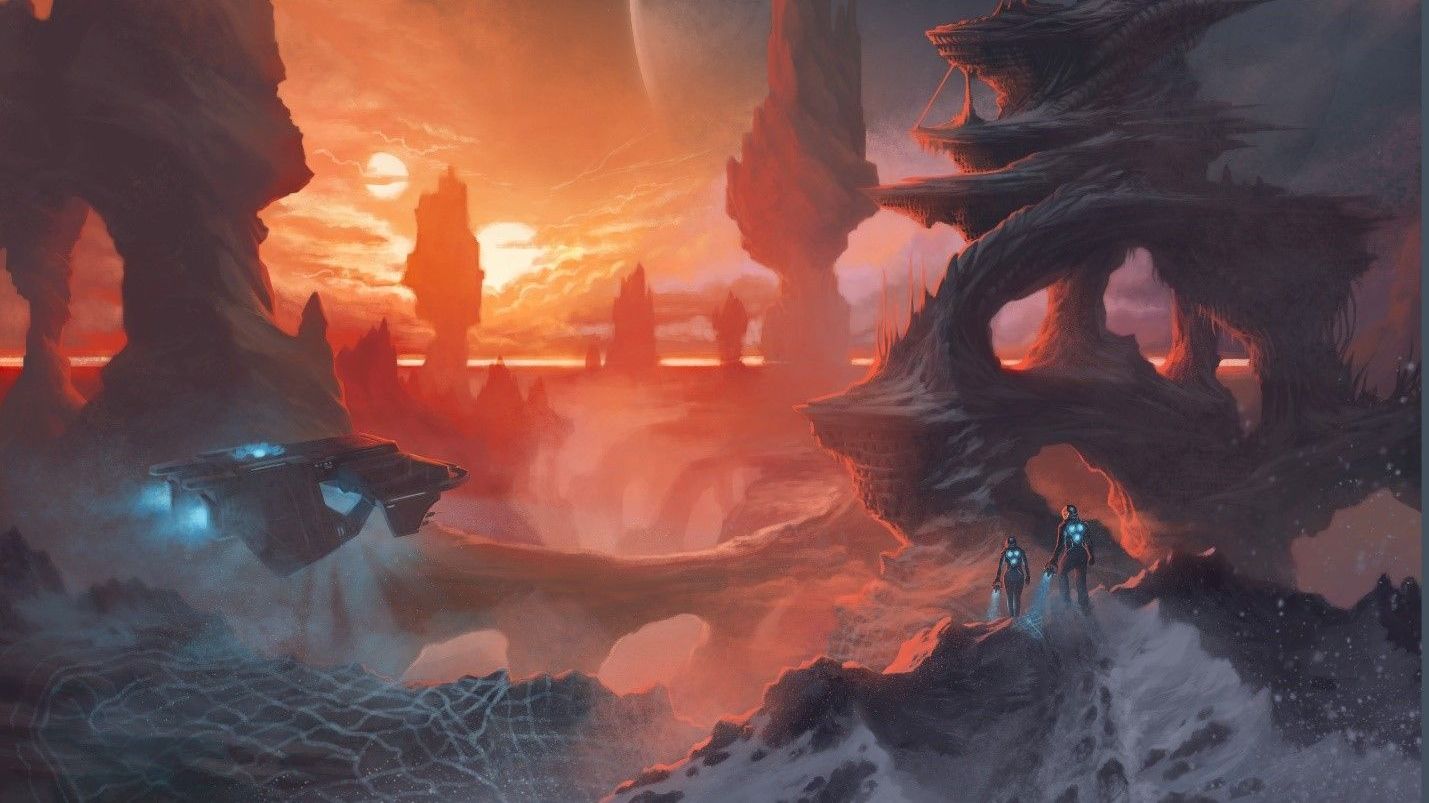 Sinner: Sacrifice for Redemption is a boss battler action-RPG. Face eight abhorrent bosses, the first seven each based on one of the deadly sins. Before each epic clash, you must sacrifice a stat and level down to enter combat. Each fight will be tougher than the last as you wage war against sin itself.

In case you missed it…

We’re always looking for new ways to improve your PC gaming experience and listening to fan feedback. Here are the latest updates, fixes, and changes to the Xbox Game Pass for PC beta:

Reminder if you haven’t tried Xbox Game Pass for PC yet, you can get your first month for $1. Seriously. I have spent way more on less enjoyable things.

See the rest of the story on Xbox Wire