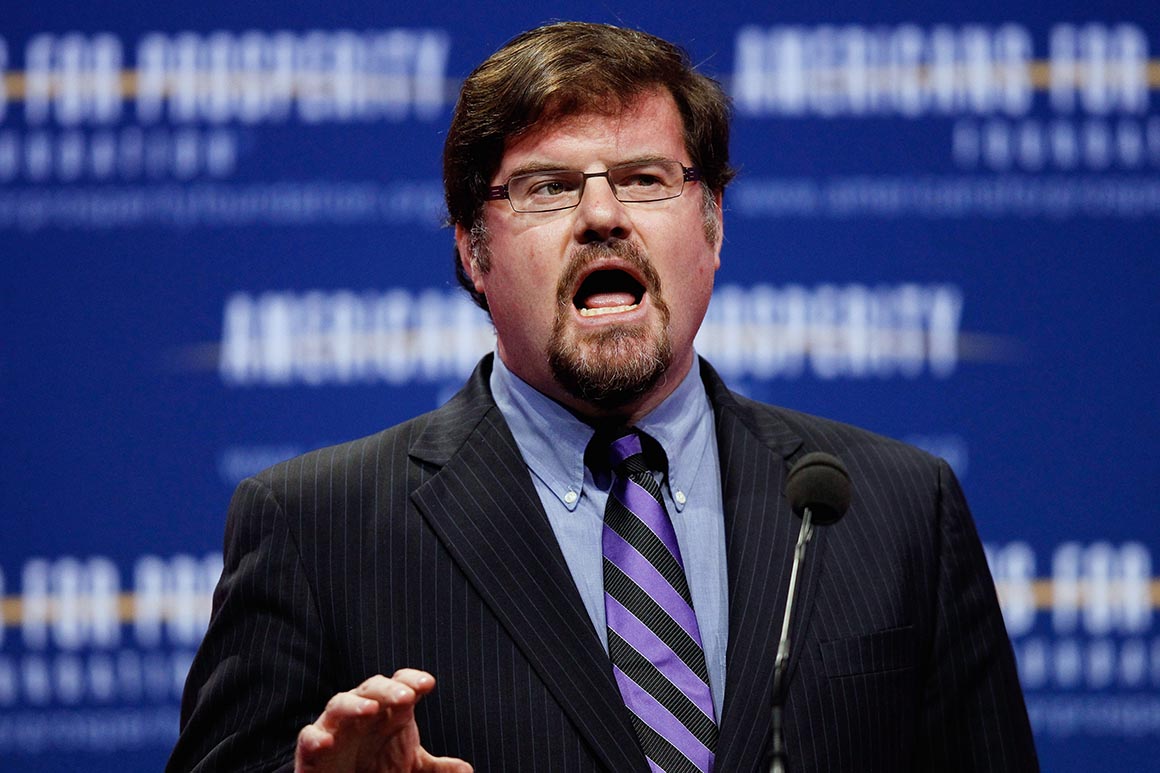 Trump skeptics in the conservative media are gaining steam, adding two outlets that are prepared to fight for attention among Republicans frustrated with the president.

National Review stalwart Jonah Goldberg this week announced the creation of The Dispatch, a site for conservatives who are skeptical of the president, which will compete with The Bulwark, launched earlier this year by former Weekly Standard co-founder Bill Kristol and commentator Charlie Sykes.

Already, the two outlets are jostling for position on the Trump-skeptical side of conservative media.

Goldberg and Dispatch CEO Steve Hayes, in interviews with POLITICO, insisted their new site won’t be reflexively anti-Trump, but guided by principles over party.

“I’ve never given a rat’s ass about being a Republican,” said Goldberg, who will be The Dispatch’s editor-in-chief. “I care a lot about being a conservative, and being conservative means not changing your positions based on one politician.”

Goldberg describes himself and Hayes, a former editor of the now-defunct Weekly Standard, as “Trump skeptics,” a slightly different sentiment from The Bulwark’s.

A scan of Tuesday’s headlines in The Bulwark — “Trump’s Fake ‘War on Corruption’ Is a Real War on Joe Biden,” “Watch How Trump Moves the Goalposts on Ukraine,” and “Trump Betrays the Kurds, Republicans…Speak Up?” — supports Kristol’s description.

“We’ve seen enough that we don’t need to be skeptical,” he said.

Despite such calibrations of Trump criticism, both The Bulwark and The Dispatch are appealing to conservative audiences at a time when much of media ecosystem on the right, like the Republican Party, remains in lockstep with the president. Some “Never Trump” writers and commentators have morphed into supporters, and being pro-Trump can be good for business, as the president is known to promote complimentary books and Fox News appearances to his tens of millions of Twitter followers.

In interviews with POLITICO, Goldberg and Hayes acknowledged having strong views on Trump, though he stressed the need to address conservative ideas and issues beyond the current White House occupant.

“Obviously, Trump plays a huge role in our day-to-day lives, day-to-day politics and everything,” Hayes said. “But we’re approaching this taking the longer view.”

The Dispatch is launching with a staff of eight that includes David French, another National Review veteran critical of Trump, and managing editor Rachael Larimore, who served as online managing editor of The Weekly Standard until it shuttered in late 2018 and was most recently at The Bulwark.

The genesis of The Dispatch began during conversations around the Weekly Standard’s closing, Goldberg said, though the two longtime friends have spoken for years about starting something together. Goldberg, Hayes and fellow co-founder resident Toby Stock, The Dispatch’s president, brought in investors, though they will own the majority of the media company.

On Wednesday, The Dispatch — which is powered by newsletter start-up Substack — will publish the first issue of its Morning Dispatch email, with additional newsletters and podcasts slated for the coming months. The co-founders have devised a membership model, with readers and listeners expected to pay $10 a month or $100 a year for all The Dispatch’s content beginning early next year. One can also become a founding lifetime member now for $1,500, as radio host Hugh Hewitt did Tuesday.

Hayes said the site, which is set to launch in early 2020, is expected to publish just three pieces a day, including an anchor story that will be buttressed by rigorous reporting or thoughtful commentary. “We’re deliberately trying to slow things down,” Hayes said. He emphasized the need for original reporting, of which he finds too little coming from the center-right, and plans to avoid getting in “the hot take business.”

“We’re rejecting the standard dot-com model because we don’t want to monetize people’s rage and piss people off just to get the clicks,” Goldberg said.

Goldberg said The Dispatch will cover Trump’s “manifest flaws and mistakes he’s made” as well as his "dishonesty" in office, though he acknowledged conservatives have been well-served by his judicial appointments and may find things to like in the president. “There’s a lot of cost-benefit analysis to be made about anything on Trump,” he said.

For inspiration, Goldberg said he’s looking to The New Republic of the 1980s and early 1990s, an ostensibly liberal publication that challenged Democratic orthodoxy. “One of the things the reporters were willing to do is call BS on their own side,” he said.

“We want to bring back that tradition,” Goldberg said, adding, “We want to be journalistically and intellectually skeptical of the people, politics, and institutions that are claiming the conservative or Republican mantle."