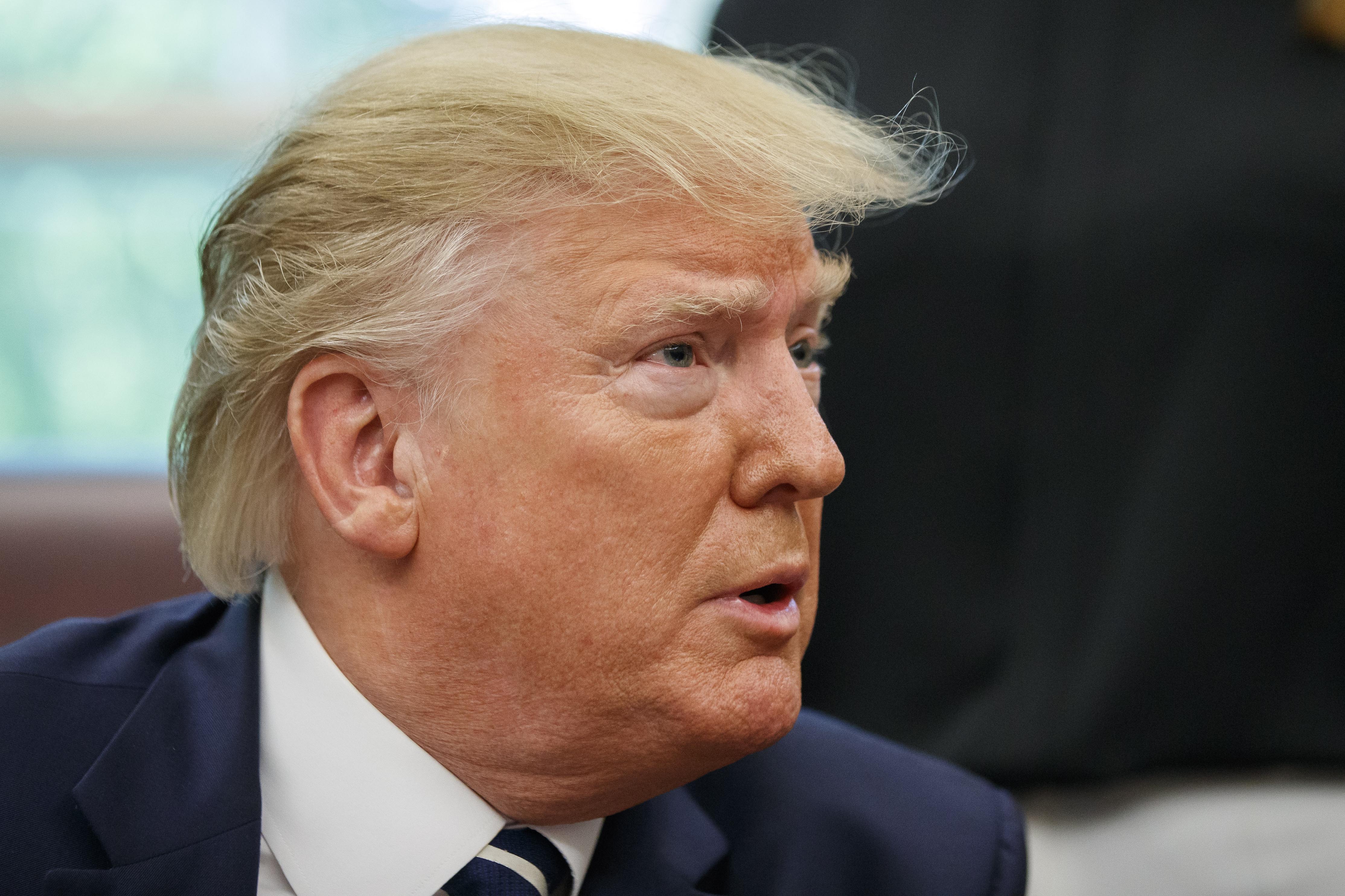 President Donald Trump on Friday extolled the debt ceiling as “a sacred element of our country” that should never be wielded as a bargaining chip in budget talks — despite urging Republican lawmakers to do just that 6½ years ago.

“That’s a very, very sacred thing in our country, debt ceiling. We can never play with it. So I would have to assume we’re in great shape,” Trump told reporters in the Oval Office.

“When I first came into office,” Trump said, “I asked about the debt ceiling. … And I said, I remember to Sen. Schumer and to Nancy Pelosi, ‘Would anybody ever use that to negotiate with?’ They said, ‘Absolutely not.’”

The president added: “That’s a sacred element of our country. They can’t use the debt ceiling to negotiate.”

But as a private citizen in December 2012, Trump tweeted that “the Republicans must use the debt ceiling as leverage to make a good deal!”

“I can’t imagine anybody ever even thinking of using the debt ceiling as a negotiating wedge,” Trump said Friday.