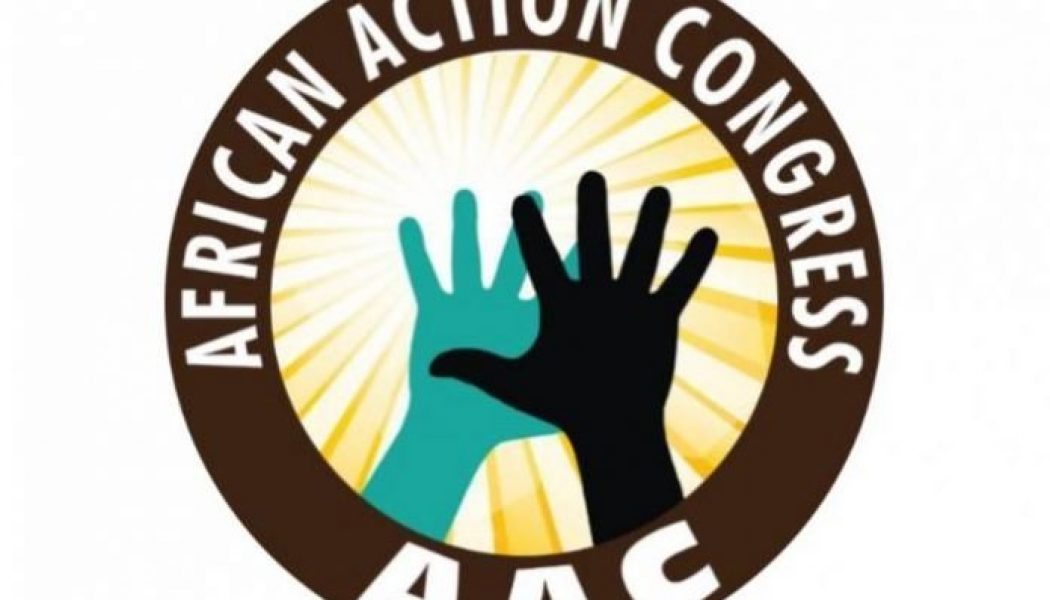 The leadership of the African Action Congress (AAC) on Wednesday said that the party’s presidential candidate in the 2019 election, Omoyele Sowore has been expelled by the party’s highest decision making organ and he is therefore presently unknown to the party.

The party also in a petition to the Inspector General of Police claimed that the convener of the Revolution Now’s utterances and behavior have become a security risk and should be investigated by the security agencies before he plugs the country into crisis.

Addressing journalists in Abuja, the National Chairman of AAC, Dr. Leonard Nzenwa said the letter by Sowore to the Independent National Electoral Commission, INEC, claiming to be the Chairman of the party amounted to impersonation.

Dr. Nzenwa, who is also the National Chairman of Inter-Party Advisory Council, IPAC said that apart from the court judgement delivered on 12th July, 2019, by Justice I.E. Ekwo of the Federal High Court Abuja affirming the suspension of Sowore, the party’s National Convention held in Owerri on 9th August 2019 removed and expelled him.

Nzenwa said, “Our attention has been drawn to ongoing mobilization to hide under the name of our great party to wreak havoc on and burn down INEC offices nationwide, attack other public infrastructure and cause mayhem across the nation.

“Only last week, the Inter-Party Advisory Council, IPAC, that I lead bemoaned the state of insecurity in the country wherein we called on Mr. President to declare a State of Emergency on National Security even as we condemned in strong terms actions of some State and Non-State Actors in fanning embers of disunity through their speeches and actions.

“Same last week some group of people led by one Omoyele Stephen Sowore, a former member of our great Party, who was not only suspended and removed as National Chairman of the party but also expelled over various proven allegations of financial recklessness and misappropriation of party funds, abuse of party constitution, high-handedness etc started displaying and carrying out dangerously criminal actions, under the name of our great party thereby committing various crimes thereof.

“African Action Congress, AAC is indeed appalled by acts of a man who now appears to have relapsed and clearly is manifesting psychopathic and delirious behaviour after his expulsion since 2019.

“Before we proceed, it is pertinent to draw your attention to the following compelling and unassailable facts:

“Following various Judgments and Orders of different Courts of competent jurisdiction affirming I, Dr. Leonard Nzenwa as the National Chairman of the African Action Congress (AAC), our great party has been enjoying peace and order and cordial working relationship with the Independent National Electoral Commission (INEC) and other stakeholders in the electoral process in the country.

“Following the commission of various acts of financial recklessness and misappropriation of party funds, abuse of party constitution, high-handedness, intimidation and threat of party members including greedily double-roleing as party National Chairman as well as Presidential Candidate in 2019 presidential polls exposing him as a tyrant, etc, Omoyele Sowore was removed as National Chairman and later expelled as a member of the African Action Congress (AAC).

“Based on the Constitution of the African Action Congress (AAC), Dr. Leonard Nzenwa, was appointed as the Acting National Chairman of the Party.

“Later on the High Court of the Federal Capital Territory, Abuja in Suit No: FCT/CV/1874/2019 procured by Mr. Sowore for one Mr. Abugu Bako, affirmed the appointment of Dr. Leonard Nzenwa as the Acting National Chairman of AAC. A copy of the Order is now attached as Annexure AAC 1.

“Additionally, another Court of competent jurisdiction per the Honourable Justice I. E. Ekwo, J in Suit No: FHC/ABJ/CS/512/2019 delivered judgment on 12th July, 2019 affirmed the suspension of the former National Chairman, Omoyele Sowore and validated the appointment of Dr. Leonard Nzenwa as the Acting National Chairman of AAC. A copy of the Enrolled order is now attached as Annexure AAC2.

“That in exercise of his constitutional rights, the said Omoyele Sowore filed an Appeal at the Court of Appeal and which is still pending before the Court. A copy of the Notice of Appeal is now attached and marked Annexure AAC3.

“Furthermore, our great party on 9th August, 2019 at Owerri, Imo State held its National Convention, wherein the formerly suspended Omoyele Sowore was duly removed as the National Chairman of AAC and also expelled from the party; and the exercise was duly monitored by INEC in line with the law and this was widely reported across all media.”