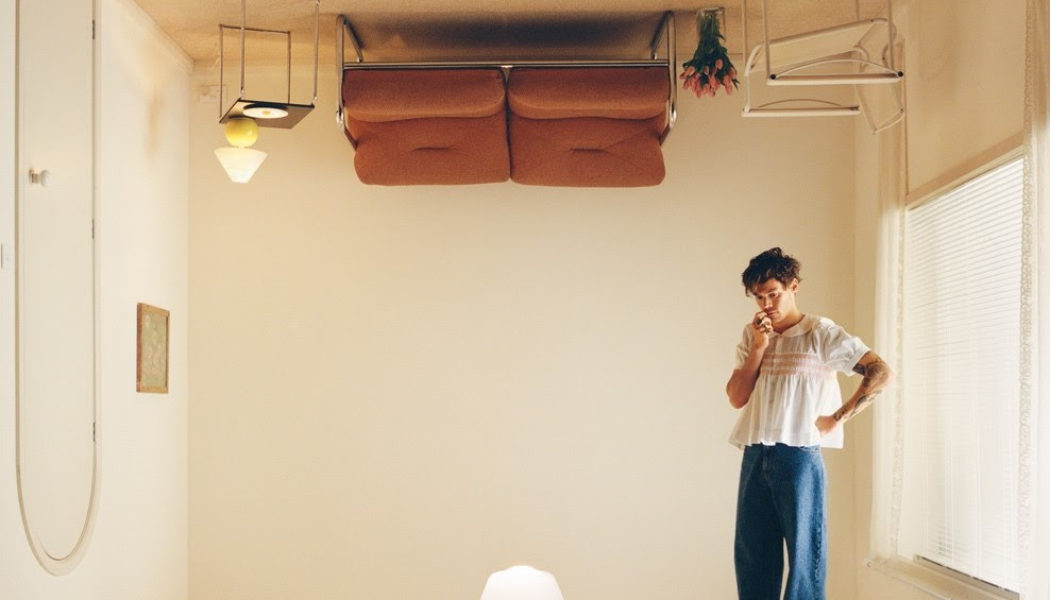 Welcome to Harry’s House: The third studio album from Harry Styles is here. Styles announced Harry’s House, his follow-up to 2019’s Fine Line, back in March with a brief teaser trailer. Lead single “As It Was” — which we crowned Song of the Week — followed shortly thereafter. Styles then premiered the cuts “Boyfriends” and “Late Night Talking” during his weekend one set at Coachella last month. Although the 13-track LP conveniently shares its name with a 1975 Joni Mitchell tune, the title Harry’s House is actually a nod to Japanese pop legend Haruomi “Harry” Hosono. As Styles explained during an interview with Apple MusicL “[Hosono] had an album in the ’70s called Hosono’s House, and I spent that chunk in Japan; I heard that record and I was like, ‘I love that. It’... 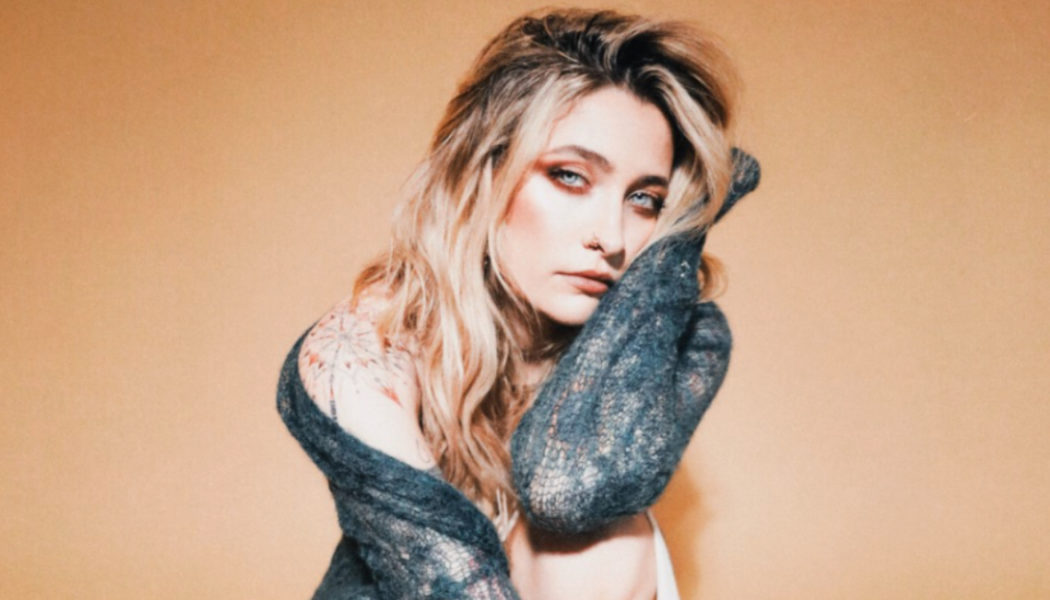 Paris Jackson has gone grunge with her latest solo single, “lighthouse.” “I can feel the lights go low/ But I don’t wanna let go now/ Maybe if I turn around, you’ll see me/ And what you used to be/ Your wave keeps crashing in a changeless sea/ And I can’t help but feel it’s drowning me/ No, I can’t breathe/ The oil’s burnt in the lighthouse, my ship wrecked on your teeth,” she snarls on the chorus over boisterous guitars. According to a press release, “lighthouse” was specifically inspired by Nirvana’s “Sliver.” The song serves as the lead single off the Hollywood progeny’s forthcoming as-yet-untitled EP, a follow-up to her three-song project the lost from earlier this year and her 2021 collaborations with Manchester Orchestra (“adagio”) and The Struts (“Low Key in Love”). Related Video Wa... 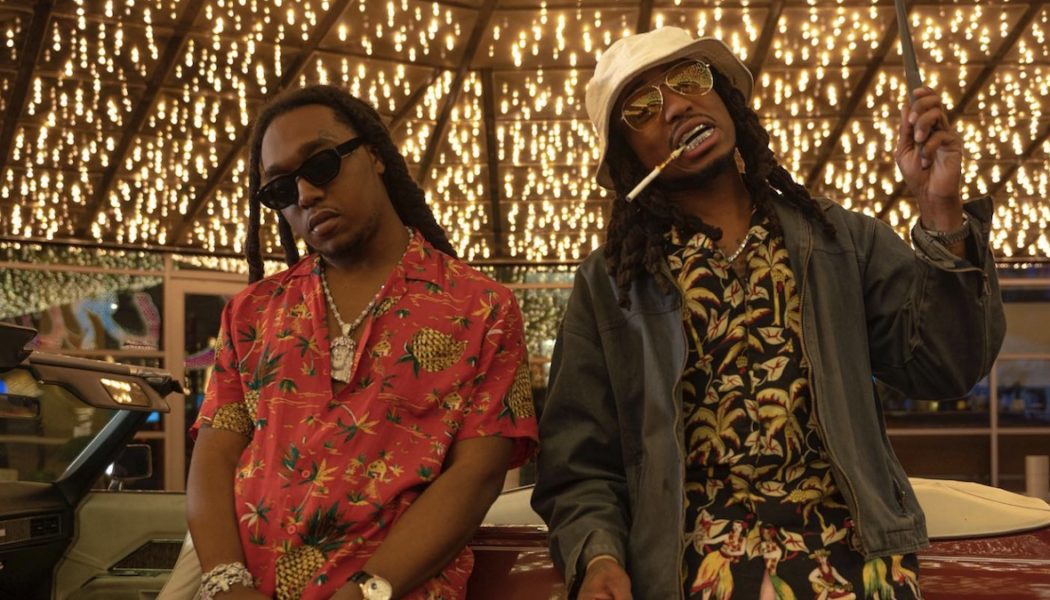 Drama may be brewing in the Migos camp. Shortly after fans noticed Offset unfollowed his bandmates Quavo and Takeoff on Instagram, the duo have dropped “Hotel Lobby,” a new song under the name Unc and Phew. “Hotel Lobby” is accompanied by a music video inspired by Terry Gilliam’s Fear and Loathing in Las Vegas. Watch it below. Given that Quavo is Takeoff’s uncle, Unc and Phew is an appropriate name for the duo. No word on Offset’s supposed beef with the two, but his wife, Cardi B, has also unfollowed them on Twitter. Advertisement Migos’ last album was Culture III, which they released last summer. They promoted the project with a Tiny Desk (Home) Concert. All three of the rappers have released solo albums: Takeoff dropped The Last Rocket in 2018, while Quavo released Quavo Huncho... 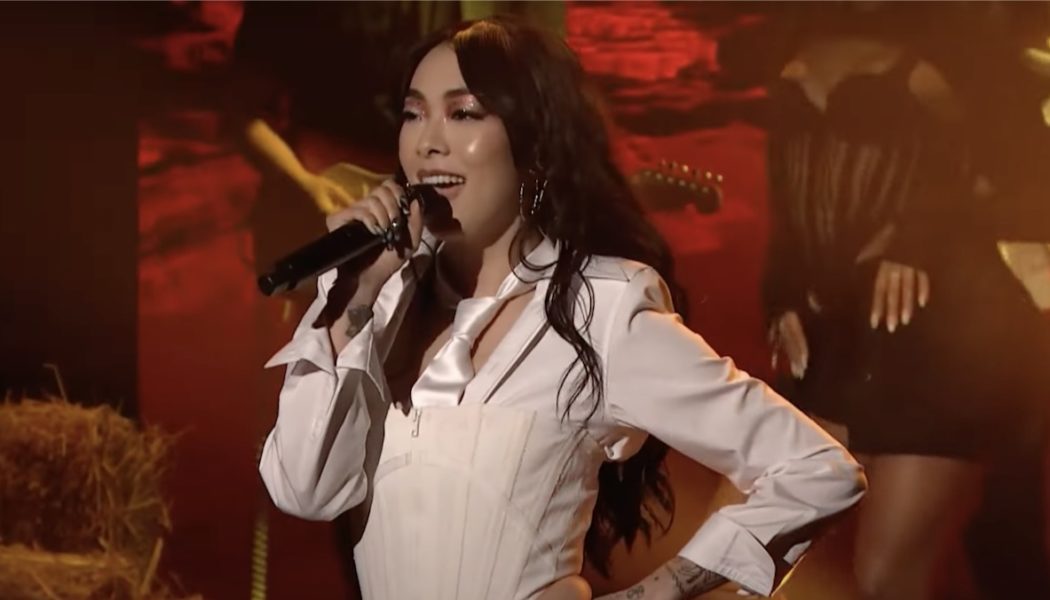 This week, Rina Sawayama announced a new album called Hold the Girl, and on Thursday night, she appeared on The Tonight Show Starring Jimmy Fallon to showcase the record’s first single, “This Hell.” The Western-themed performance saw Sawayama and a pair of backing dancers pull off some choreographed moves while wearing cowboy boots. Accompanying them in the background was a live band, haystacks, and a large video board displaying ominous clouds and flames. Watch it all via the replay below. Hold the Girl is out September 2nd and follows SAWAYAMA, one of the best albums of 2020. Earlier this year, Sawayama teamed up with Charli XCX for the Song of the Week “Beg for You.” Advertisement [embedded content] 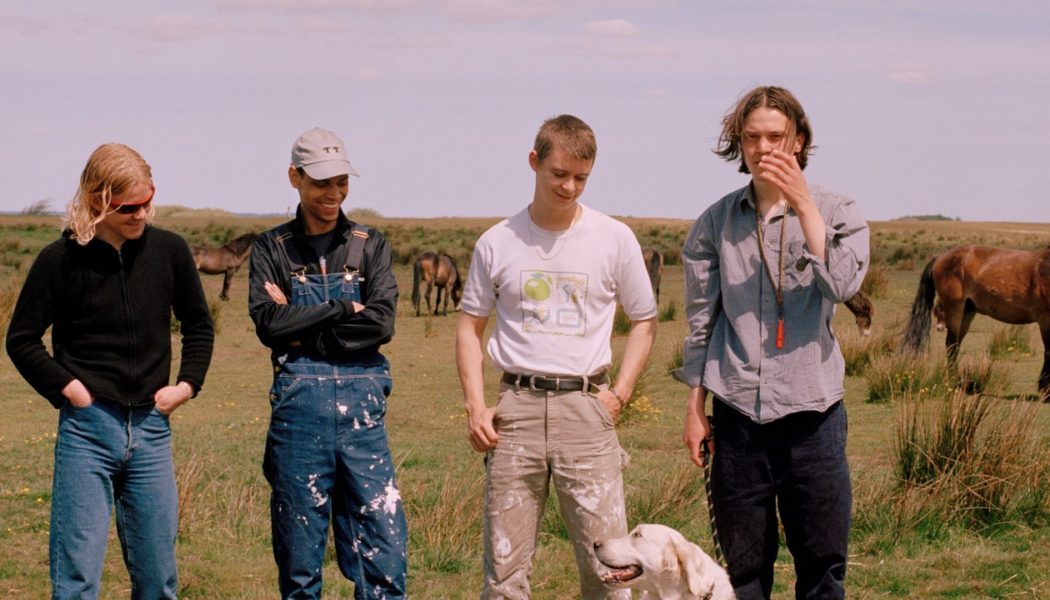 The Danish band Liss have shared a new song from their forthcoming debut album I Guess Nothing Will Be the Same. The record, out June 10 via Escho and In Real Life, was recorded before the death of frontman Søren Holm. The latest single, after “Country Fuckboy” and “Exist,” is called “Boys in Movies,” and it’s a collaboration with Nilüfer Yanya. Listen to it below. “Søren constantly sought out new music and always shared his discoveries with everyone around him,” the band said in a statement. “He was never afraid to reach out to those people who inspired him. ‘Boys in Movies’ is a track that has had several different identities. It found its direction when we shared it with Nilüfer Yanya, who helped us highlight the energy and gave the song a whole new dimension.” Content This content can ...

Diana Ross and Tame Impala have shared a new song. “Turn Up the Sunshine” will appear on the upcoming Minions: The Rise of Gru soundtrack, which was produced and curated by Jack Antonoff. The soundtrack, like the film, is out July 1 and features covers of 1970s hits courtesy of St. Vincent, Thundercat, Phoebe Bridgers, and more. The Minions themselves, it must be noted, cover Simon & Garfunkel’s “Cecilia.” Listen to “Turn Up the Sunshine” below. In 2021, Ross released Thank You, her first album in 15 years, and it featured a song produced by Antonoff. Tame Impala’s most recent album was 2020’s The Slow Rush, which was recently given the deluxe box set treatment. Content This content can also be viewed on the site it originates from. 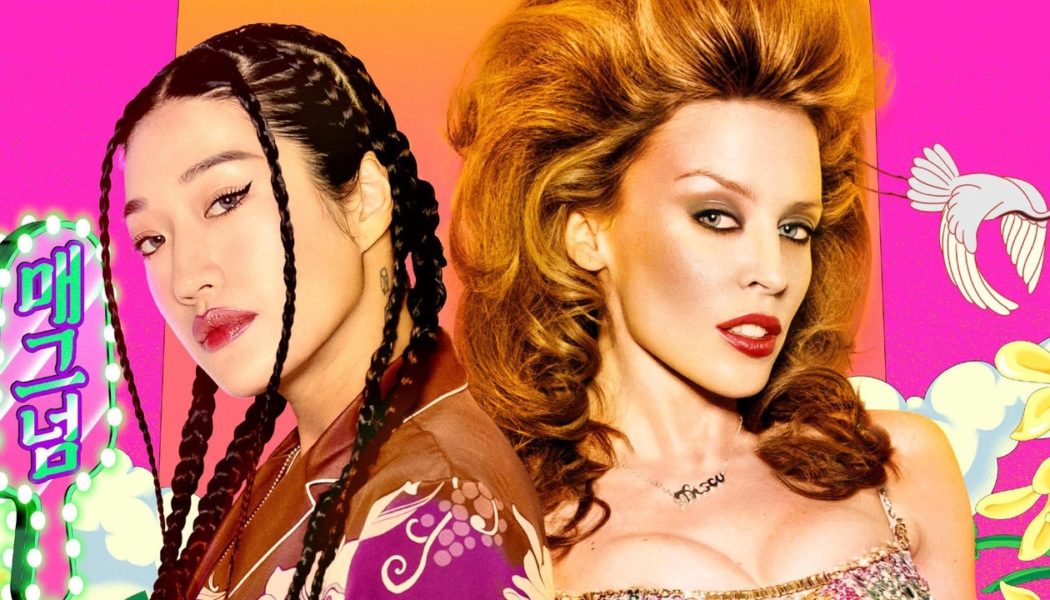 Peggy Gou Remixes Kylie Minogue’s “Can’t Get You Out of My Head”: Listen

Peggy Gou has shared a remix of Kylie Minogue’s 2001 classic “Can’t Get You Out of My Head.” The two also joined forces for a spin on the original music video, featuring Korean pop culture illustrations by Seo Inji, as part of a partnership with Magnum ice cream. Check it out below. “Partnering with one of my musical icons to remix what is an undisputed club classic is a dream come true,” Gou said of Minogue in a statement. “From personal experience, ‘Can’t Get You Out of My Head’ is one of those songs that transports, moves, and uplifts people all over the world. Classics like this never go out of style, but I’ve loved being able to put my own personal stamp on such a legendary track.” Gou’s most recent full-length release, her contribution to !K7’s beloved DJ-Kicks series, came out in 20... 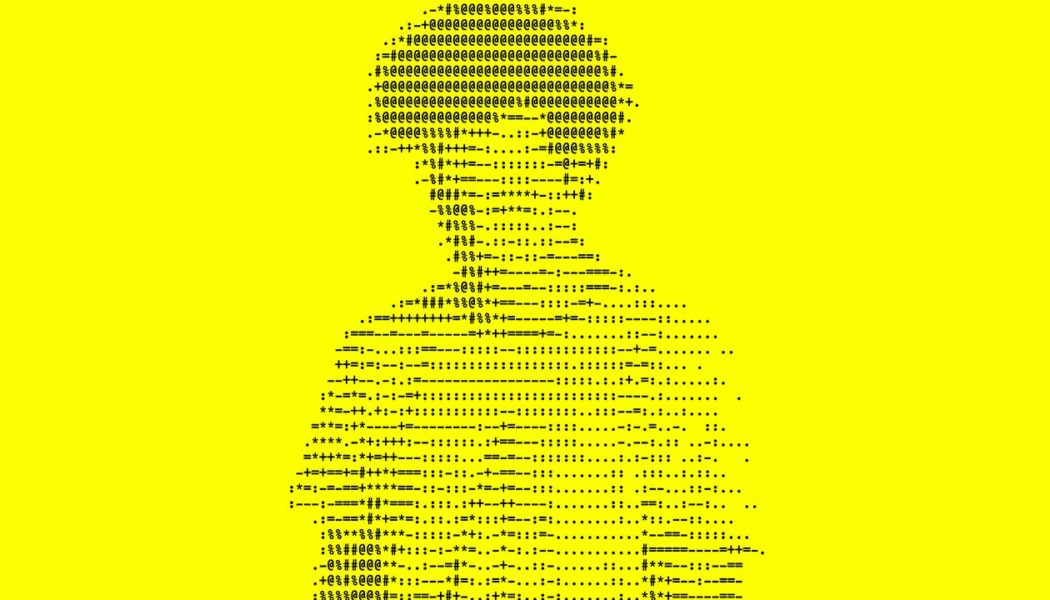 Can The Siesta Key Crew Behave At Madisson’s Wedding?

Madisson’s famous last pre-wedding words: “Nothing’s gonna happen at a wedding, right?” While the bride-to-be had high hopes that everyone “will be on their best behavior” during the big day, the groom wasn’t so sure during tonight’s Siesta Key. “I think Juliette likes drama,” Ish said. “She’s growing, but she also has toxic relationships that she can’t break away from.” That was certainly evident at Cara’s recent pool party (you know the one, it was on a Wednesday), which was a hot topic of discussion at Madisson’s lingerie-clad bachelorette bash: Jules was convinced that Jordana and Cara had invited Sam’s flavor of the week Meghan to “upset” her. The ... 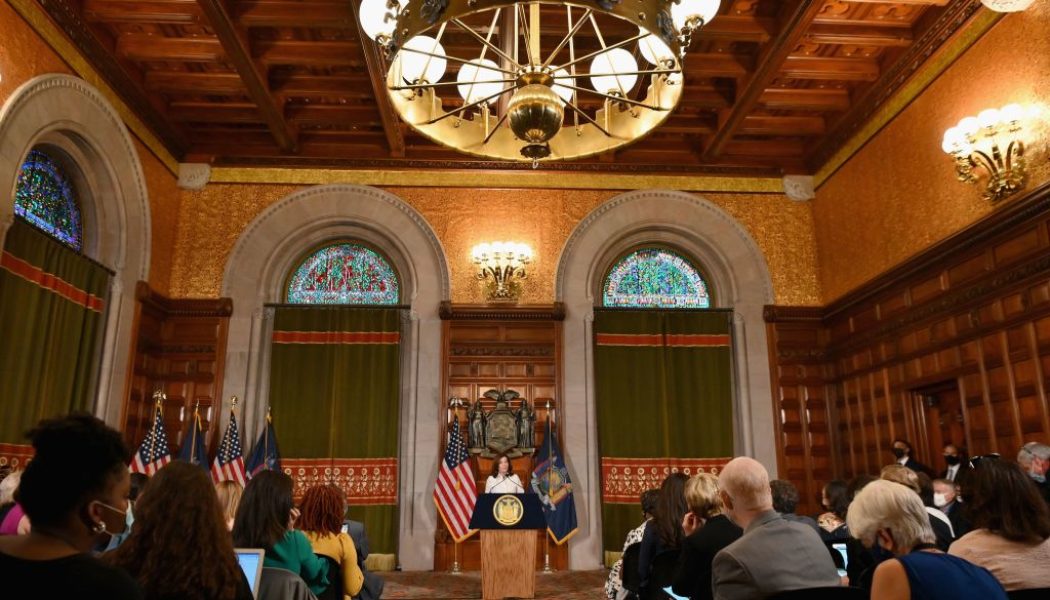 HipHopWired Featured Video Source: ANGELA WEISS / Getty A bill limiting rap lyrics being used in criminal trials against defendants in New York State is one step closer to becoming law thanks to the state’s senators. On Tuesday (May 17th), the State Senate of New York approved Senate Bill S7527 which would limit the usage of song lyrics and other forms of “creative expression” by prosecutors as evidence in criminal cases. While the bill doesn’t outright ban prosecutors from presenting lyrics and other materials to juries, it does require that they show that the work is “literal, rather than figurative or fictional” and that “evidence of criminal conduct, not the provocative nature of their artistic works” is what defendants should be tried by. Related Stories Those tactics have l... 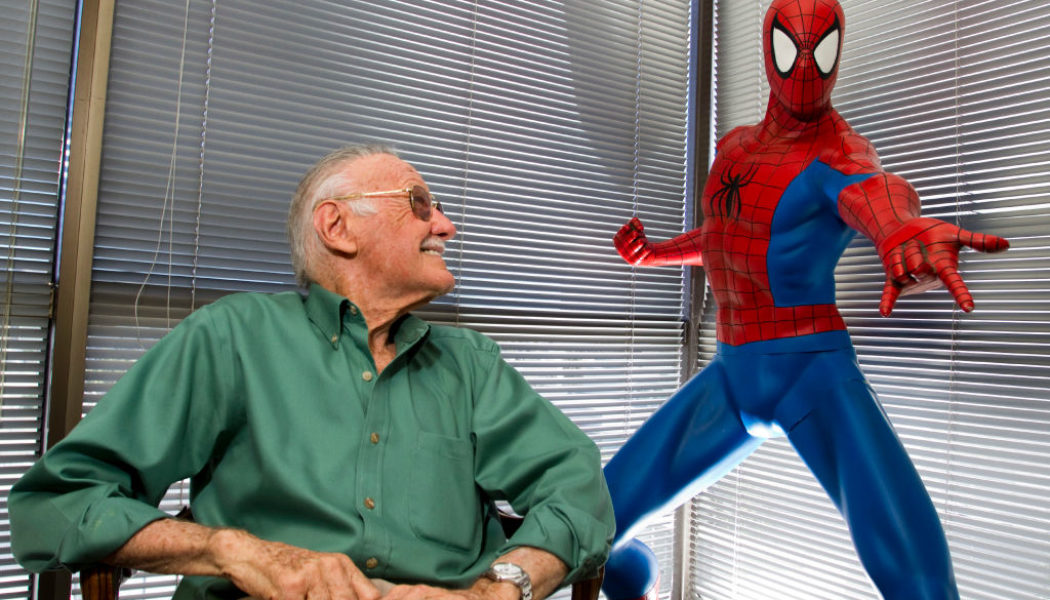 HipHopWired Featured Video Source: The Washington Post / Getty It’s been four years since comic book legend Stan Lee transitioned to the other side, but his legacy will continue to live on as Marvel is set to keep his memory alive for the foreseeable future. The Hollywood Reporter is reporting that Marvel has just struck a deal with Stan Lee Universe to license his name and likeness for the next 20 years and include Mr. Lee in future films, television series, merchandising, and even amusement parks in Disney Land. Related Stories “It really ensures that Stan, through digital technology and archival footage and other forms, will live in the most important venue, the Marvel movies, and Disney theme parks,” said Andy Heyward, chairman and CEO of Genius Brands. “It’s a broad deal.” It is going... 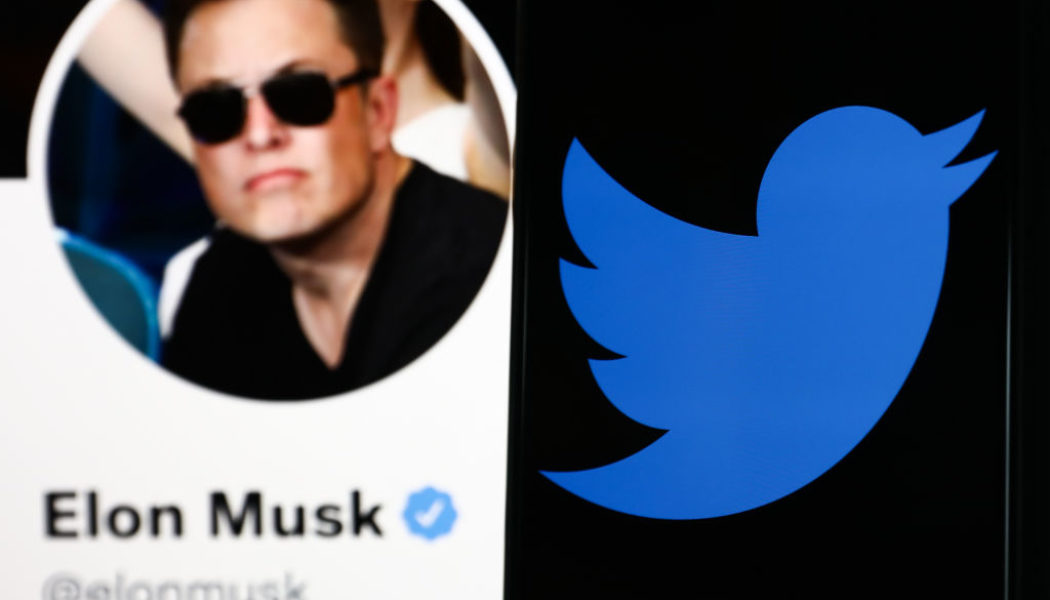 HipHopWired Featured Video Source: NurPhoto / Getty Apparently, Elon Musk is under the impression that anyone cares or is surprised by the fact that he plans to start voting Republican—if he wasn’t already.  “In the past I voted Democrat, because they were (mostly) the kindness party. But they have become the party of division & hate, so I can no longer support them and will vote Republican,” Musk tweeted. “Now, watch their dirty tricks campaign against me unfold.” Related Stories OK, first of all, in the last two years alone, Republicans have spread voter fraud propaganda in an effort to steal an election they wrongly claimed was stolen from them, started a riot at the U.S. Capitol based inspired by said propaganda, moved to redistrict congressional maps to give Black people less...

Peggy Gou Remixes Kylie Minogue’s “Can’t Get You Out of My Head”: Listen

Can The Siesta Key Crew Behave At Madisson’s Wedding?

Google reports increased Black and Latinx representation in the US