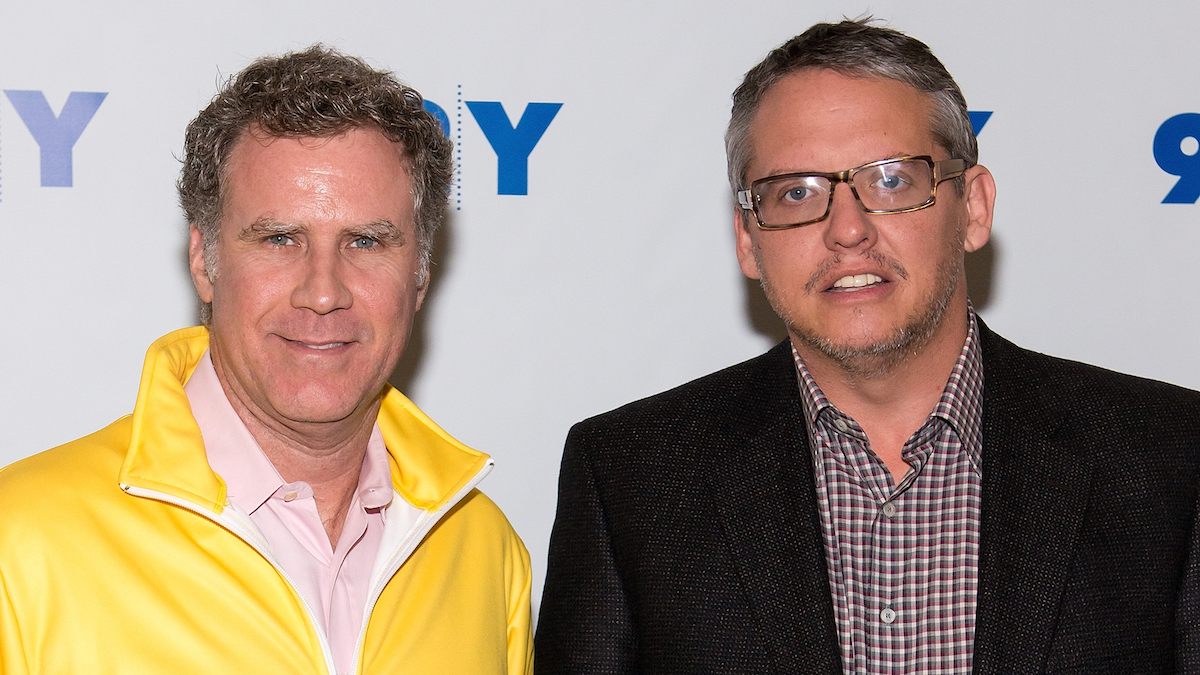 Adam McKay has opened up about his professional break from longtime collaborator Will Ferrell. In a new profile with Vanity Fair, the Oscar-nominated director said, “I fucked up” in replacing Ferrell with John C. Reilly in HBO’s miniseries about the Los Angeles Lakers. He added that now his old friend won’t return his emails.

McKay directed Ferrell in a string of comedy classics, including Anchorman, Talladega Nights, and Step Brothers. In 2006, the two formed Gary Sanchez Productions, which produced dozens of films and TV series including HBO’s Succession. But in 2019, the partners announced the end of Gary Sanchez Productions, writing in a joint statement, “The two of us will always work together creatively and always be friends. And we recognize we are lucky as hell to end this venture as such.” Those predictions did not come true.

For his part, Ferrell had pointed to the number of projects McKay wanted to take on as the reason for the split. He said, “At the end of the day, we just have different amounts of bandwidth.” But as McKay tells it, while the professional divorce was a long time in the making, it came about after he mismanaged a casting decision.

McKay was set to direct the pilot of HBO’s miniseries about the “Showtime” Lakers of the 1980s, and he had agreed to cast Ferrell as team owner Jerry Buss. But he said he had private doubts about the decision, and he faced pressure from some of his collaborators to find a more naturalistic star.

“The truth is, the way the show was always going to be done, it’s hyperrealistic,” he said. “And Ferrell just doesn’t look like Jerry Buss, and he’s not that vibe of a Jerry Buss. And there were some people involved who were like, ‘We love Ferrell, he’s a genius, but we can’t see him doing it.’ It was a bit of a hard discussion.”

McKay thought John C. Reilly would be a better choice, and he eventually made the switch. But he didn’t talk to Ferrell about it ahead of time, or give him a heads-up. “I should have called him and I didn’t,” McKay said. “And Reilly did, of course, because Reilly, he’s a stand-up guy.”

As McKay tells it, during his last conversation with Ferrell, “I said, ‘Well, I mean, we’re splitting up the company. And he basically was like, ‘Yeah, we are,’ and basically was like, ‘Have a good life.’ And I’m like, ‘Fuck, Ferrell’s never going to talk to me again.’ So it ended not well.”

He added, “I fucked up on how I handled that. It’s the old thing of keep your side of the street clean. I should have just done everything by the book.”

McKay hoped that after a little time and a couple of apologies, he and Ferrell would repair their relationship. “In my head, I was like, ‘We’ll let all this blow over. Six months to a year, we’ll sit down, we’ll laugh about it and go, It’s all business junk, who gives a shit? We worked together for 25 years. Are we really going to let this go away?’”

But Ferrell “took it as a way deeper hurt than I ever imagined, and I tried to reach out to him.” He continued, perhaps unhelpfully, “And I reminded him of some slights that were thrown my way that were never apologized for.”

When he reflected on the casting switch, he said, “I wasn’t able to confront a harsher, darker side of myself, that would ultimately err on the side of making the right casting choice over a lifelong friendship.” He added, “The whole time it was like I was saying it out loud, ‘Let’s not become an episode of Behind the Music. Don’t let it happen.’ And it happened.”

Both filmmakers have moved on. Ferrell recently starred opposite Paul Rudd in The Shrink Next Door, streaming on Apple TV+, while McKay is directing Leonardo DiCaprio and Jennifer Lawrence in Don’t Look Up, coming to theaters December 10th and Netflix December 24th.