Home » Business » Big winners from Biden’s climate law: Republicans who voted against it 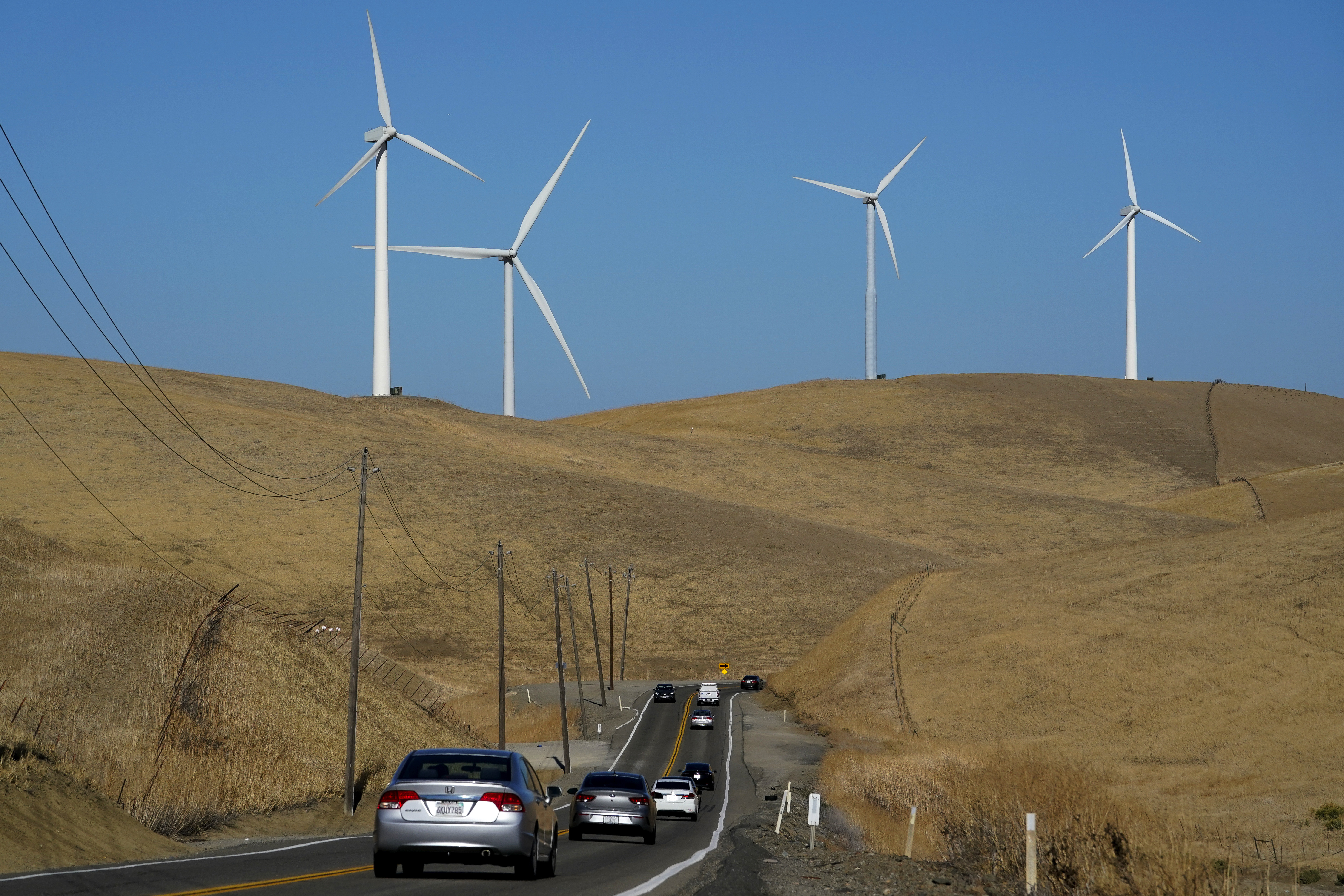 The GOP is likely to find itself in an uncomfortable position as funding from the Inflation Reduction Act plays a growing role in Republicans home states and districts. | Godofredo A. Vásquez/AP Photo

They didn’t vote for it, they don’t like it and they’re working to undermine it — but Republicans are reaping the benefits of Democrats’ climate law.

In the five months since the Inflation Reduction Act became law, companies have announced tens of billions of dollars in renewable energy, battery and electric vehicle projects that will benefit from incentives in President Joe Biden’s signature law, aimed at expanding domestic manufacturing in clean energy and reducing dependence on Chinese imports.

In fact, roughly two-thirds of the major projects are in districts whose Republican lawmakers opposed the Inflation Reduction Act, according to a POLITICO analysis of major green energy manufacturing announcements made since the bill’s enactment.

The dynamic has prompted a tricky balancing act for the GOP: Tout the jobs and economic benefits coming to their states and districts, but not the bill that helped create them. The results are also potentially awkward for Democrats who expended political capital and more than a year of wrangling to enact the bill, only to see Republican lawmakers and governors sharing in the jobs and positive headlines it’s creating — although Democrats say they also see longer-term benefits for the nation in building GOP support for alternatives to fossil fuels.

Republicans insist their positions on the bill and the jobs are not in conflict.

“Just because you vote against a bill doesn’t mean the entire bill is a bad bill,” said Rep. Garret Graves (R-La.), who was the top GOP member of Democrats’ Select Climate Crisis Committee in the last Congress. “I go out there and advocate for our district to try and get transportation funds, to try and get energy funds. That’s my job. I am not embarrassed about it. I don’t think it’s inconsistent with my vote.”

To Democrats, the slate of new investments stand as proof that they were correct that the Inflation Reduction Act, H.R. 5376 (117), would expand the reach of clean power to rural and conservative areas — a promise that failed to sway a single Republican vote to support the bill.

“It’s hard not to point out the hypocrisy for people who fought tooth and nail against the bill, those very incentives that are now creating opportunities in their [Republican] districts they are now leading,” said Sen. Tina Smith (D-Minn.). “We just have to point out, thanks for your kind words, but this didn’t just happen. It happened despite your best efforts.”

Smith attended an October ribbon-cutting in her state for Canadian solar panel maker Heliene’s expansion of its manufacturing facility — an effort that was started prior to the Inflation Reduction Act’s passage and that has drawn praise from Rep. Pete Stauber (R-Minn.), whose district is home to the plant that will be one of the largest panel makers in the country.

“Great, that is fantastic,” she told reporters at the Monday White House briefing. “We want to be able to see energy — clean energy — produced in every pocket of the country. Blue states, red states, really it helps to save people money, so it’s all about green.”

Republicans, though, have moved to slash funding of the Internal Revenue Service, the central agency charged with implementing the climate law’s incentives, over concerns that Democrats have expanded its mandate. And Friday, former President Donald Trump urged GOP lawmakers to target “billions being spent on climate extremism” in their fight over the debt limit.

Supporters of the Inflation Reduction Act say its success is due in part to the way it provides long-term certainty for companies looking to place a footprint in the U.S.

The bill is a “fundamental element” of the recent spate of manufacturing announcements, said Abigail Ross Hopper, the president and CEO of the Solar Energy Industries Association. “There certainly were a number of plans being evaluated and discussed [prior to the bill]. But I think the vast majority were contingent upon the passage of the IRA.”

In the three months after Biden signed the Inflation Reduction Act in August, companies announced more than $40 billion of new clean energy investments, according to a December report from the American Clean Power Association, an industry trade group. POLITICO’s analysis of the law’s early results includes those projects as well as separate news reports and company announcements of manufacturing expansions and plans, and additional announcements on electric vehicle plants.

Just this month, South Korean solar company Hanwha Q Cells announced it would invest $2.5 billion in Georgia to expand its solar panel manufacturing plant and construct another facility in the state.

That expansion is occurring partially in the district of conservative firebrand Rep. Marjorie Taylor Greene — who has described climate change as “actually healthy for us” and has blasted Democrats’ bill. Greene, however, recently told POLITICO that she’s “excited to have jobs” in her district that will come from the Q Cells announcement, though she gave credit to Georgia’s GOP Gov. Brian Kemp, who has courted clean energy and electric vehicle manufacturing investments through state-level subsidies and tax incentives.

Federal and state incentives alike are playing a role in the companies’ decisions, said J.C. Bradbury, an economics professor at Kennesaw State University in Georgia.

“They are coming to Georgia for one reason — we are paying them to come here with subsidies,” Bradbury said in an interview, referring to the combination of federal and state tax credits. “These projects are being pitched as economic development projects 100 percent.”

But while manufacturing proponents point to factors including geography, economic development plans and states’ anti-union laws as factors drawing investment to deep-red districts, they also say the announcements are directly tied to the federal subsidies provided under Democrats’ bill.

“It’s not random,” said Jason Walsh, executive director of the BlueGreen Alliance, which includes labor unions and environmental organizations. “It’s because specific policies have been put in place and passed by the U.S. Congress to actually incentivize exactly the kind of activity that we’re seeing.”

And the investments are only expected to grow. Solar manufacturer and Bill Gates-backed CubicPV, for one, is planning a 10-gigawatt facility in the United States, but has not yet chosen a location, while Enel North America, a unit of an Italian energy company, is evaluating sites to build a new solar panel and cell manufacturing plant. Battery manufacturing facilities are also expected to come online in the years ahead across several states, including Michigan, Tennessee, Arizona and Georgia.

Companies aren’t necessarily looking at which lawmaker represents the district when they invest, said Scott Paul, president of Alliance for American Manufacturing. They’re looking instead at where the supply chains exist and where they can leverage the tax benefits and capital provided by lawmakers.

“Red state-blue state [is] not really a factor,” Paul said, adding, “This isn’t one of those things that looks like an electoral map at all.”

Republicans express no regret about opposing the IRA despite previously supporting individual pieces of the bill, such as tax incentives for carbon capture, nuclear and hydrogen projects. GOP members argued that the bill would pump too much money into the economy and worsen inflation, and they’ve criticized Democrats for using the partisan reconciliation process that allowed them to pass it with a simple majority in the Senate.

But the GOP is likely to find itself in an uncomfortable position as funding from the Inflation Reduction Act plays a growing role in Republicans home states and districts.

Former Virginia Democratic Rep. Tom Perriello, who lost his reelection bid in 2010 after voting for the Affordable Care Act, said those dynamics put Republicans in a tricky spot once voters see the jobs stemming from Democrats’ agenda.

“Biden has driven his agenda right down Main Street with a big ‘Made in America’ banner on the back of an electric truck, and people’s only choices are to get on board with the parade or seem to be against making things in America again,” he said. “I think of those two choices, Republican hypocrisy makes a lot more sense than standing in the way of jobs and American competitiveness.”

He called it “squirrely” for lawmakers to argue to voters that they like certain parts of the bill, but not others.

“That’s just not how legislating works. That’s not how things pass,” he said.

House Republicans have promised robust oversight of the climate law, pledging to seek out wasteful spending in search of would-be scandals such as the failed Solyndra loan guarantee of the Obama administration — even if the overall program is a success.

“I don’t think it complicates the oversight,” a House GOP leadership aide told POLITICO, who asked for anonymity to speak candidly. “Oversight is an important function. There could be 20 great projects [supported by IRA], but if one is bad, it’s our job to understand why.”

Republicans also criticized the Biden administration’s rush to embrace greener energy while the country still relies on China for technology components, and they’ve been critical of government support that has helped companies with manufacturing in China.

Virginia Gov. Glenn Youngkin, a Republican, said he rejected Ford Motors’ efforts to consider locating a battery plant in his state over concerns about China and national security.

Democrats, though, hope the trend of clean energy boosting the economic prospects of red states helps shift the rhetoric of Republicans and enables more bipartisan cooperation on narrow interests benefiting the climate.

“Over time, I anticipate their [Republican] talking points will change as their neighbors become a part of the clean energy economy,” said former House climate committee Chair Kathy Castor (D-Fla.).