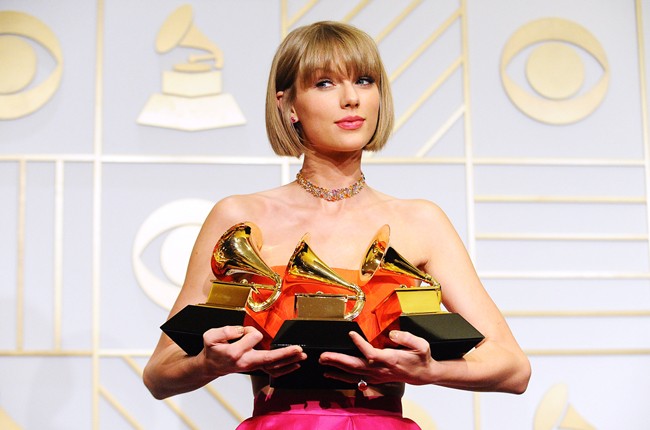 Hosted by Trevor Noah, the show will be held at the Los Angeles Convention Center and its surroundings. All performances will emanate from there, though the Grammys will make use of other venues for the reading of nominations and announcement of winners in various categories.

This will be Swift’s seventh performance on the Grammy telecast and her first in five years. She is widely expected to win album of the year for the third time with her hit album Folklore.

This will be the sixth performance for both Martin (counting Coldplay) and Mayer; the fifth for Lambert; the third for Cardi B and Morris; and the second for Carlile, Eilish, Howard, Lipa and Post Malone.

Half of the acts on the show will be making their Grammy telecast performance debuts — a milestone event in an artist’s career. The first-timers are Bad Bunny, Black Pumas, BTS, DaBaby, Doja Cat, Guyton, Haim, Lil Baby, Megan Thee Stallion, Ricch and Styles.

All of the record of the year nominees are set to perform except Beyoncé, who is nominated for both her socially conscious solo hit “Black Parade” and “Savage,” her Hot 100-topping collab with Megan Thee Stallion.

Doja Cat and Megan Thee Stallion are the only best new artist candidates who are set to perform.

All of the performers are current nominees except Cardi B and Mayer.

Of the 22 performers, 11 are female solo artists; a 12th performer is a female group, Haim.

Nine of the performers are Black — counting the mixed-race duo Black Pumas. There is one Latin performer (Bad Bunny) and one Asian performer (BTS).

The telecast will pay tribute to independent venues, which have been hard hit by the COVID-19 pandemic. Various categories will be presented by club workers, including bartenders and box office managers, from The Troubadour (Los Angeles), The Hotel Café (Los Angeles), The Apollo Theater (New York City) and The Station Inn (Nashville).

The use of multiple venues will allow social distancing. The Academy of Country Music used a similar strategy last year (which it is repeating this year), with performances from three iconic Nashville venues: the Grand Ole Opry House, Ryman Auditorium and The Bluebird Café. At the Grammys, though, these other venues will not be used for performances.

The show will include sequences shot inside the Los Angeles Convention Center, as well as on the venue’s outside deck and on streets surrounding the venue, including Chick Hearn Way, LA Live Way and Georgia Street. In some cases, Staples Center, the Grammys’ usual home, will be visible in the background.

The Recording Academy promises “Artists will be coming together, while still safely apart, to play music for each other as a community and celebrate the music that unites us all.”

This will be the first Grammy telecast since Ken Ehrlich wound up a 40-year run as the show’s producer or executive producer. It will also be the first show with Noah as host. Jon Stewart, Noah’s predecessor as host of Comedy Central’s The Daily Show, hosted the Grammys twice, in 2001-02.

Fulwell 73 Productions will produce the telecast for the Recording Academy. Ben Winston is executive producer, Jesse Collins and Raj Kapoor are co-executive producers, Fatima Robinson, Josie Cliff, and David Wild are producers, Patrick Menton is talent producer, and Hamish Hamilton is director. Wild is also one of the show’s writers.

The telecast will air live on Sunday, March 14, at 8 p.m. ET/5 p.m. PT on CBS. The show will also be available to stream live and on demand on Paramount+.