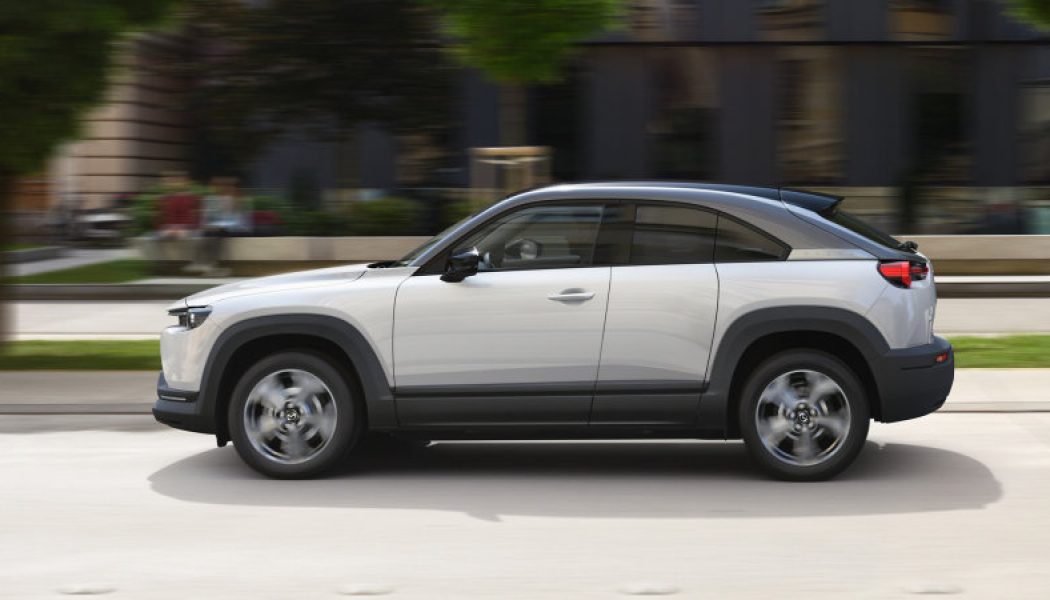 We’ve been waiting years for Mazda to bring back its rotary engine, and now, it’s finally happening—albeit not in a sports car such as a revived RX-7 as we hoped. Instead, in an expected move, the first modern Mazda to get a rotary engine is the MX-30 electric crossover. In it, the smooth-running engine will act as a range extender (basically, a fuel-fed generator to extend the MX-30’s driving range between charging stations).

This head-rotating information comes directly from Mazda President and CEO Akira Marumoto. In the video below, Marumoto confirms that automaker will bring out early copies of the rotary assisted model next year. Expect the final MX-30 EV to hit Japan in 2022.

Mazda introduced its first production rotary engine in 1967, having licensed Wankel technology from a West German automaker in the early 1960s. (Instead of pistons pumping back and forth, spinning a crankshaft, rotaries use a rounded-off triangular rotor that spins and gyrates inside a housing, with the cycles of combustion handled in the voids between it and the rotor.) And although Mazda hasn’t offered the unique engine format in a while, the automaker hasn’t given up on the engine, testing a rotary range extender on a prototype Demio (known here, briefly, as the Mazda 2) several years ago. At the 2015 Tokyo Motor Show, Mazda teased an RX-7 successor with a new-generation SkyActiv-R rotary engine. We’re glad the rotary engine is finally making a comeback, and we hope it will eventually reach the U.S. market.

In the meantime, Mazda is releasing a mild-hybrid version of the MX-30 for Japan. That model is now on sale in the country, packing a 2.0-liter gas engine with an electric motor that assists when needed. The MX-30 shares a platform with the Mazda 3 and CX-30.

To match the crossover’s green performance ambitions, Mazda filled the cabin with sustainable materials, including recycled PET bottles for the door trim. A material called “Heritage Cork” in the console tray is made from harvesting the bark of a tree, eliminating the need to chop it down. Mazda will sell a 100th Anniversary edition—the treatment is similar to those for other models it’ll sell here in the U.S. —of this mild hybrid with embossed headrests, special carpeting, and other updates.

These Styles Are Making Me Excited For A 2022 Haircut

Behold: The 11 Most Iconic Chanel Bags of All Time

These Styles Are Making Me Excited For A 2022 Haircut

Behold: The 11 Most Iconic Chanel Bags of All Time