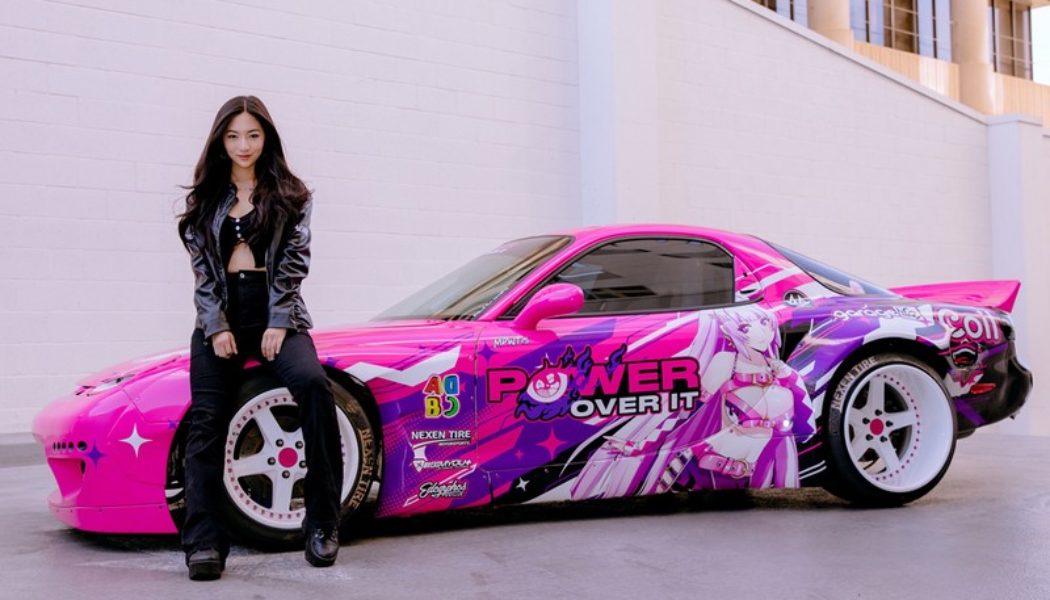 DRIVERS is a series highlighting influential individuals in the HYPEBEAST sphere and their passion towards all things automotive. The approach is simple: what is car culture to you, and why do you have a passion for it? Each contributor is given a chance to shine light on their personal vehicle or vehicles, and asked to remark on how they are driving culture forward, both metaphorically and literally.

The purpose of DRIVERS has always been to highlight the people behind the wheel through inclusivity – a core aspect of car culture the community is highly proud of. For model and drifter Sara Choi, its this community, inclusion, and open-mindedness that made her who she is today.

Sara is as genuine and into the culture as you can get: her automotive background starts with experience working at tuning shops in Hawaii, eventually formulating and hosting a content series called Power Over It in Youtube. The show, which focuses primarily on ownership, tuning, drifting, and the overall car community, wrapped up its first season with nine episodes under its belt and according to executive producer Soohee Cho, is primed for Season Two later this year. S2 will largely stand as a continuation of S1, featuring drift events, challenges and culture but in an all-new setting: Texas.

Beyond the show, Sara is a well recognized figure in the greater Los Angeles, CA car scene: her presence at car meets and shows spark fans to flock for a chance at a photo opp or an IG shout out. Her familiarity has also led to other highly notable career highlights – Rolling Stone Korea magazine’s June 2021 issue, to be exact. The Special Edition highlighted her modeling prowess alongside Korean superstars like singer/songwriters Kang Daniel and Nam Tae-hyun, rapper Coogie and more.

Her background in automotive surely shows in her choice of car for DRIVERS: a highly modified, wide-bodied Mazda RX-7 FD. Beyond the “painfully” anime-covered exterior – known as “Itasha” style in JDM circles – the car stands out with its drift setup, adopting hardcore components you’d not find on your run-of-the-mill RX-7 like methanol injection, angle lock suspension kits, 4-point harnesses and more. The FD chassis has always been a star child for drifters and touring car racers and Sara’s example is no different, with the Itasha RX-7 proving its worth throughout the Power Over It episodes as the series’s hero car.

Read more about Sara and her ’93 RX-7 below, and in case you missed it, our last DRIVERS edition was with restauranteur Wilson Tang and his 1996 Porsche 911 Targa 993. What made you choose this car specifically?
The RX-7, specifically the FD model, was one of my few dream cars I never really thought I would actually own one day unless I was really rich with a garage that could fit five+ cars alongside with my other dream cars. Also never really thought I would actually own one due to hearing about all the horror stories of rotary engines. But I was always in love with the FD and broke my neck every time I saw one on the street. No, I did not want a FD because Han drove it in Fast & Furious but because overall it’s a beautiful, timeless iconic car and rotary engines sound so unique and cool. They have this deep low angry sound that goes like ‘brap brap braaaap.’

One day I was offered to do my own YouTube drift series and to choose any car I want to build, sponsored by Coil. I automatically took the opportunity and chose the RX-7 FD. I was worried we wouldn’t be able to find a clean one really quick since it is a very rare popular car, but thanks to Daniel from Garage Life we found a clean one and bought it right away. Huge thank you to Coil and Soohee [Cho] for making this happen.

“Being around the car community and an enthusiast really played a huge part of my life and made me who I am today.”

What is the main purpose for this car for you?
Since I love drifting and since this car is specifically for Power Over It, we transformed the stock clean RX-7 that we found into the ultimate drift car. Strictly only for drifting. But due to how it currently looks and its set up, I wouldn’t and can’t drive it on the street at all.

What has been done with this car? Where has it gone?
Ever since we owned the car, the car has spent a lot of time with Daniel and his team at his shop Garage Life. They specialize specifically in rotary. After completing the build, we took it to the track a handful of times for testing, shooting, and drifting at Apple Valley Speedway and Willow Springs.

Any details? Modifications? Changes?
When we got the RX-7 it basically only came with BC Coilovers and Enkei RPF1s. After we picked up the car we had a deadline of two months to build the car and shoot the series, we had to go with the best of whatever parts we could find and local shops we could work with ASAP. Thanks to Daniel from Garage Life, Nexen Tire, VR Wheels, Evolve Concept Films, EDCGRPHCS, Bimyou Workshop, Evasive Motorsports, and fast online shipping we made it happen. We had to modify, tear down, cut, clean, assemble, remove, swap, and basically do a lot of custom work to the car and some of the parts but here are some of the main modifications we added to the car. What is a car to you: aspirational achievement, functional tool, stress-reliever, etc?
To start off, I became independent at an early age (15-16) right before I was legally able to get my driving license. It was one of the hardest times for me but then I met a group of friends that helped me get through it and happened to have driving and modifying cars as their hobby and passion, which I also ended up also finding very interesting and fun.

Driving manual was the first thing I learned and they helped me get one of my first jobs at a tuning shop in Hawaii called Sonic Motorsports where my boss helped me get my first project car (and first car): a 99 Honda Civic Coupe EK. Being around the car community and an enthusiast really played a huge part of my life and made me who I am today.

Also side note: cars play a huge part of our everyday lives and we see them everyday everywhere, so why not drive in style?

What was your dream car growing up?
My dream car was the Honda S2000.

What is the future of the automotive industry? Car culture?
The future of cars is definitely EV. I’m not sure how the car culture will be like in the future but I’m definitely aware of how prices are going up A LOT for older cars and older engines. I will probably keep my S2000 CR forever. I know it’ll be considered a rare classic car in the future.