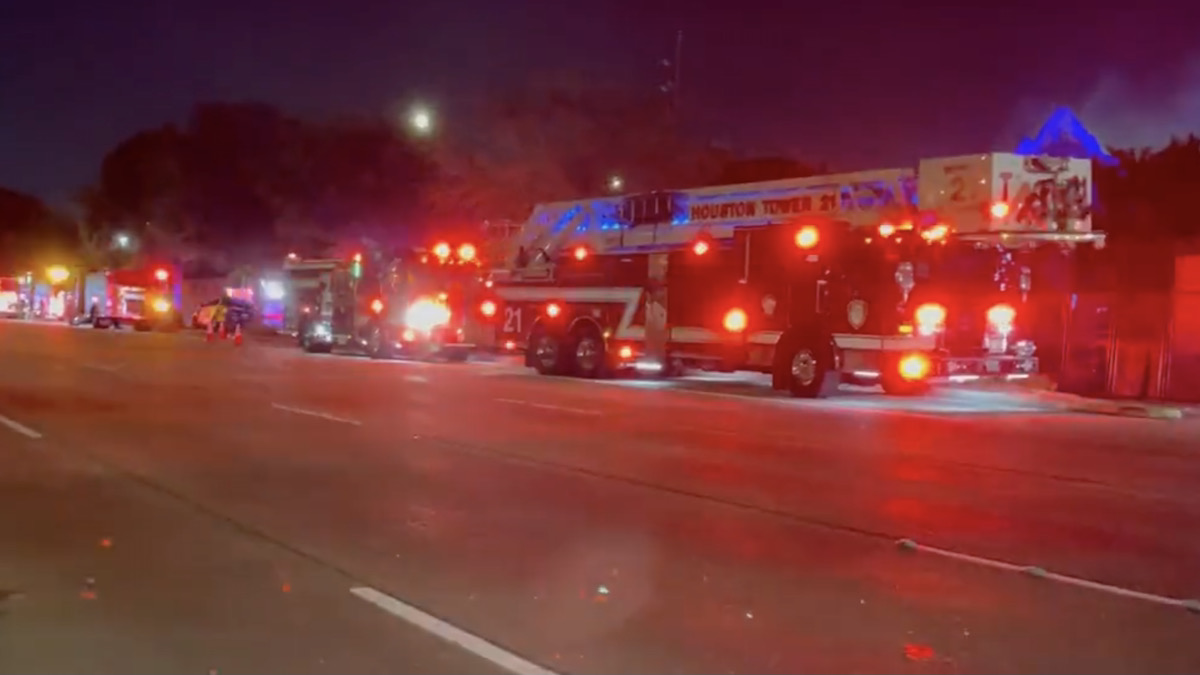 At least eight people were killed and hundreds more were injured at Travis Scott’s Astroworld Festival in Houston on Friday night after a large crowd stormed to the front of the stage.

At least 23 people were transported by ambulance to local hospitals, including 11 who were in cardiac arrest. Over 300 people were treated at a “field hospital” set up at the festival.

“The crowd began to compress towards the front of the stage, and that caused some panic, and it started causing some injuries,” Houston Fire Chief Samuel Peña told reporters. “People began to fall out, become unconscious, and it created additional panic.”

“Suddenly we had several people down on the ground, experiencing some type of cardiac arrest or some type of medical episode,” Houston Police Executive Assistant Chief Larry Satterwhite explained.  “And so we immediately started doing CPR, and moving people right then, and that’s when I went and met with the promoters, and Live Nation, and they agreed to end early in the interest of public safety.”

The surge occurred around 9:15 p.m. local time during Scott’s headlining set. At the time, Drake had joined Scott on-stage for a surprise performance.

After being alerted to the medical situation on the ground, Scott and the festival’s promoter, Live Nation, agreed to cancel the remainder of the set. The second and final day of Astroworld, set to take place on Saturday, has also been canceled.

“We are focused on supporting local officials however we can,” Astroworld organizers said in a statement. “Our hearts are with the Astroworld Festival Family tonight—especially those we lost and their loved ones.”

Earlier in the day, videos posted to social media showed numerous people unlawfully crashing the festival’s gates in order to gain entry. According to Mycah Hatfield of ABC 13 in Houston, one stampede at the VIP entrance resulted in multiple people being trampled, and several individuals were arrested.

Scott has previously run into issues for inciting such behavior. In 2015, he was arrested during his set at Lollapalooza in Chicago after encouraging the crowd to climb over the security barrier. He was charged with disorderly conduct and eventually plead guilty. In 2017, Scott was sued by a man who was seriously injured after the rapper told people at his concert at New York City’s Terminal 5 to jump from the venue’s balcony.

Friday’s tragedy at Astroworld is also reminiscent of the stampede that left nine people dead and 26 injured during Pearl Jam’s 1992 concert at Roskilde Festival in Denmark. In light of that incident, festivals across Europe permanently banned crowd surfing.

This is a developing story…

As we were arriving to the Astroworld Festival at NRG Park right at 2:00, a stampede burst through the gates. Hundreds of people destroyed the VIP security entrance, bypassing the checkpoint. People were trampled. Some were detained.

(Excuse any language you may hear) pic.twitter.com/d0m2rjqAAk

It wasn’t a pretty sight as the gates began to open at NRG Stadium for the first day of the Astroworld festival. Video captured festival-goers getting trampled as a huge crowd pushed their way through the entrance gates.