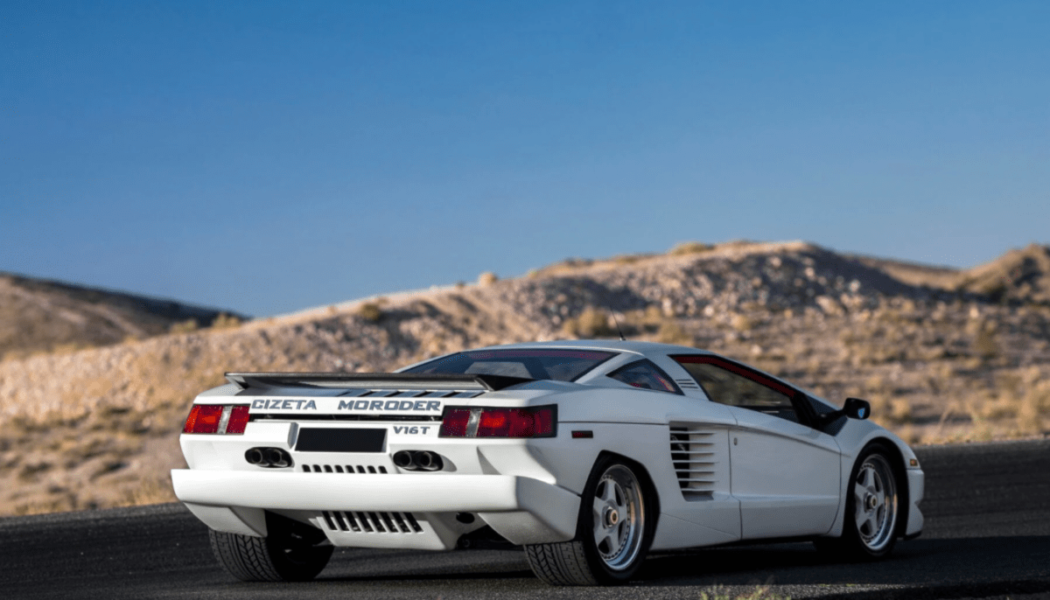 There’s a very short list of luxury designers with songs named after them—think Jay-Z’s “Tom Ford” or Migos’ “Versace.” But a musician with a luxury product named after them? It’s almost unheard of.

It’s not too elusive a club for electronic dance music legend Giorgio Moroder, however. Not only does the man known as the “Father of Disco” have a song named after him on Daft Punk’s Random Access Memories, but a rare supercar is his namesake as well.

Someone will soon own the prized Moroder supercar for themselves after the legendary music producer opted to sell the vehicle at Sotheby’s in 2022. Sotheby’s called it “an unrepeatable opportunity for collectors.”

An ex-Lamborghini engineer by the name of Claudio Zampolli received funding by Moroder to produce a luxury vehicle in the 1980s, according to Maxim. Zampolli worked on the project alongside Marcelo Gandini, an Italian car designer credited as the innovator behind multiple historic Lamborghini models such as the Miura, Countach, and Diablo.

Their creation ended up being a one-of-a-kind 1988 Cizeta-Moroder V16T. The car saw its public debut in 1988 at an event hosted by comedian and avid car collector Jay Leno, where it was rolled out with its own dedicated original song by Moroder, “A Car Is Born.”

Sadly, the vehicle never saw mass production, but Moroder has held onto it in the decades since. However, he has recently recommissioned the vehicle given his intent to part ways with it. The stunning supercar is slated to sell at a Sotheby’s auction in Arizona on January 27th, 2022.