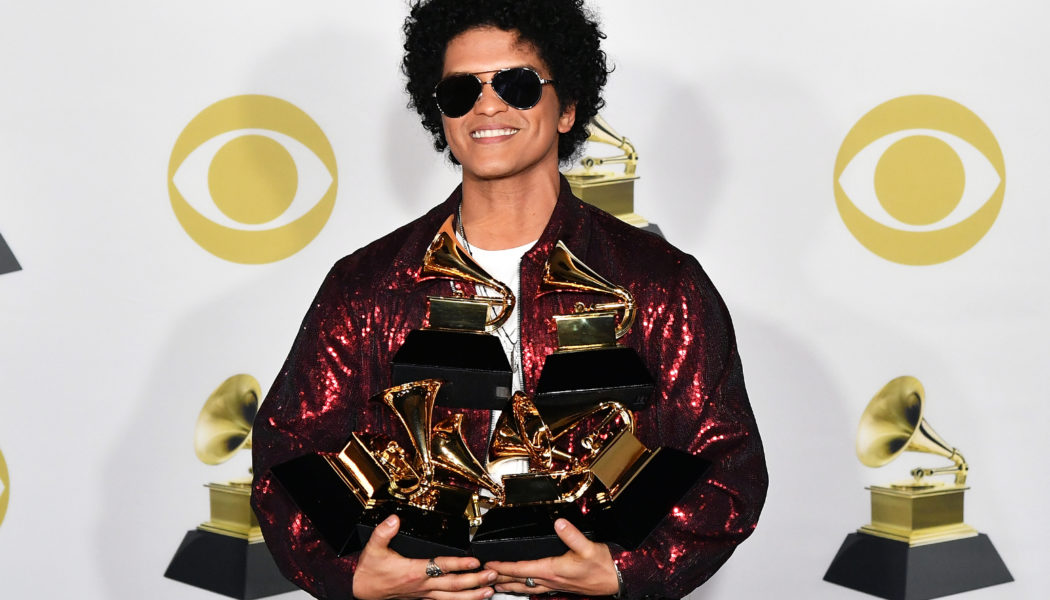 If your reaction to looking over the list of Grammy nominees in the marquee categories was “Aren’t they nominated every year?,” you’re not alone. Many had a sense of déjà vu as they looked over the 64 annual Grammy Awards nominees when they were announced last week.

Billie Eilish is nominated for record of the year for the third year in a row with “Happier Than Ever.” Only four other artists have been nominated in this category three or more years in a row. Sinatra leads with four straight nods (1958-61); Roberta Flack (1972-74), Steve Winwood (1986-88) and Post Malone (2018-20) were each nominated three years running.

Lady Gaga also received her third nod in the category for her Tony Bennett collab “I Get a Kick Out of You.” It was Bennett’s fourth nod in the category—though of course his nominations stretch back much further — to 1962, the fifth year of the awards.

It was the second record of the year nod for Justin Bieber, Brandi Carlile, Doja Cat, SZA and Lil Nas X.

It was the fourth album of the year nod for both Gaga and Kanye West; the third for Bennett and H.E.R., and the second for Bieber, Eilish and Lil Nas X.

Clearly these are among Grammy voters’ current favorite artists.

But here’s the thing: Every era has had its Grammy favorites, those artists who seem to have the inside track at piling up awards and nominations – at least for a period of time. Just as no one remains a chart-topping perennial forever, no one remains in the Grammy inner circle in perpetuity.

Comebacks happen in Grammyland, just as they do on the charts. This is Bennett’s first record of the year nod since 1965, when he was nominated for “The Shadow of Your Smile,” that year’s Grammy winner for song of the year and Oscar winner for best original song.

Here are eight of the most impressive Grammy hot streaks in the top categories.

The Beatles: The Fab Four are the only act in Grammy history to receive a Grammy nomination for album of the year in five consecutive years. They are also the only act in Grammy history to land five album of the year nods in any one decade. They were nominated for the Help! soundtrack (1965), Revolver (1966), Sgt. Pepper’s Lonely Hearts Club Band (1967, which won), the Magical Mystery Tour soundtrack (1968) and Abbey Road (1969).

Barbra Streisand: The star, who has been an icon for more than half a century, was nominated for album of the year in four consecutive years. She was a contender for The Barbra Streisand Album (1963, which won), People (1964), My Name Is Barbra (1965) and Color Me Barbra (1966). The last two albums named were tie-ins to her first two TV specials.

Frank Sinatra: The legendary star is the only artist in Grammy history to put together two three-year streaks of album of the year nominations. He was nominated every year from 1958-60 and again from 1965-67. He won in three of those six years. As noted above, Sinatra is also the only artist in Grammy history to receive record of the year nominations four years running (1958-61). Note: Eilish could equal that latter mark if she is nominated again next year.

Billy Joel: Joel was nominated for album of the year with four consecutive studio albums: 52nd Street (1979, which won), Glass Houses (1980), The Nylon Curtain (1982) and An Innocent Man (1983). The Stranger, which turned Joel into a superstar, was released the day before the end of the 1977 eligibility year, too late for it to really register. If it had been released a week later, in the 1978 eligibility year, it would probably have been nominated.

As an added bonus, here are the artists who received the most nominations for album of the year and for record of the year in each decade since the 1950s. (In keeping with Grammy tradition, the years referred to are the Grammy years of record, not the year of the ceremony.)

And if you’re wondering how Sinatra got three album of the year nominations in just two years in the ‘50s, he had two of the five nominees in the category at the first Grammys in 1958 – Come Fly With Me and Frank Sinatra Sings for Only the Lonely. Both were No. 1 albums on the Billboard 200.