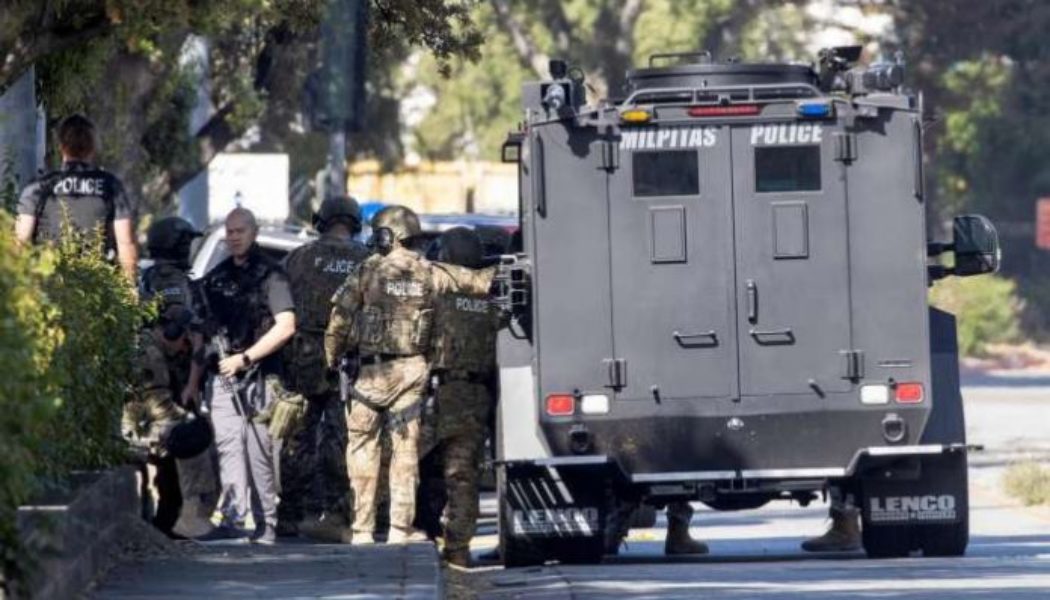 At least eight people were killed when a transit employee opened fire at his co-workers at a light rail yard in San Jose, California, on Wednesday morning, the county sheriff’s office said, in the latest in a string of mass shootings this spring.

The gunman, who like the victims was an employee of the Santa Clara Valley Transportation Authority (VTA), was also dead, Santa Clara County Sheriff’s Deputy Russell Davis said at a news conference. He did not say how the gunman died or whether police officers fired their weapons at the scene. The name and age of the suspect were also not disclosed.

The first emergency calls reporting the shooting at the VTA light rail yard near the city’s main airport came through shortly after 6:30 a.m. Pacific Time (1330 GMT). A bomb squad was searching the yard after at least one explosive device was found, Davis said.

“A horrible tragedy has happened today and our thoughts and love go out to the VTA family,” Glenn Hendricks, the chairman of the VTA board, said at the news conference.

He said the shooting took place in a part of the yard where workers do maintenance on vehicles, and was not in the yard’s operations and control center.

San Jose, a city with about 1 million residents, lies at the heart of Silicon Valley, a global center of technological innovation and home of some of America’s biggest tech companies.

“These are, and were, essential workers,” San Jose Mayor Sam Liccardo said at a news conference.

“These VTA employees helped us get through this horrific pandemic. They were showing up everyday to operate light rail and buses to ensure people could still go about their lives in the middle of the challenge of the pandemic. And they were taking risks with their own lives in doing so.”

He said he was aware of news reports of a fire at the house of the man the authorities believed to be the shooter.

“That is certainly the information that I have, is that there was a fire at the shooter’s home, there was nobody found inside the home, thank God,” Liccardo told CNN affiliate KGO in an interview. “This is every mayor’s worst nightmare.”

The Federal Bureau of Investigation said it had agents assisting at the crime scene. U.S. President Joe Biden’s staff were monitoring the situation.

“Our hearts go out to the victims and their families,” White House spokeswoman Karine Jean-Pierre told reporters.

Mass shootings are common in the United States, which has one of the highest rates of gun ownership in the world. A spate of incidents have unfolded as the country has started to emerge from the worst of the COVID-19 pandemic.

In March, eight people, including six women of Asian descent, were shot dead in a string of attacks at day spas in and around Atlanta, and less than a week later, 10 people were killed at a supermarket in Boulder, Colorado.

What is Chainlink VRF and how does it work?

6 Questions for Tongtong Bee of Panony

Every Predator Movie Ranked From Worst to Best

Lady Gaga Finally Kicks Off North American Tour After Years of Delays: “This Bitch Has Been to the Grave and Back!”

3 Major Fashion Trends That Zara, & Other Stories and Mango Are Backing Now

New Trends Alert: 7 That Will Give Your Autumn Outfits a Head Start

What is Chainlink VRF and how does it work?

6 Questions for Tongtong Bee of Panony

Every Predator Movie Ranked From Worst to Best

Lady Gaga Finally Kicks Off North American Tour After Years of Delays: “This Bitch Has Been to the Grave and Back!”

3 Major Fashion Trends That Zara, & Other Stories and Mango Are Backing Now

New Trends Alert: 7 That Will Give Your Autumn Outfits a Head Start