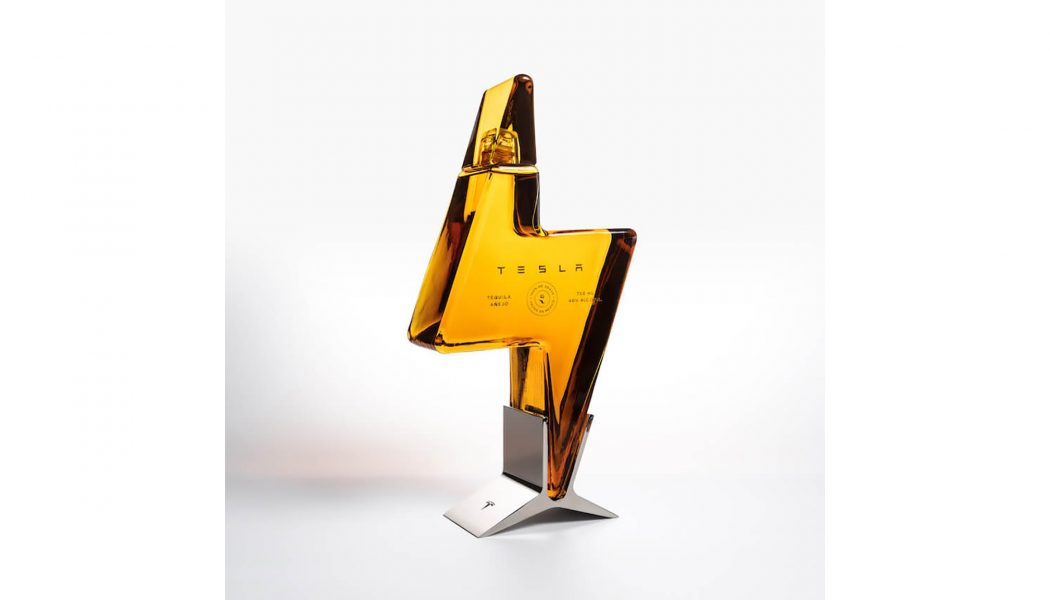 “Merchandising!” Short of “the Schwartz,” there’s arguably nothing more important to Spaceballs‘ Yogurt than merchandising. It seems Tesla’s chief executive officer, Elon Musk, took this to heart, too. Not only does his company’s electric vehicles feature nods to the 1987 Mel Brooks comedy (we’re looking at you, Ludicrous mode and Model S Plaid), his other venture, The Boring Company, leaned on Yogurt’s “Spaceballs the Flamethrower” joke to build and sell a number of so-called “Not a Flamethrower” flamethrowers. The latest bit of merchandising by Musk, though, comes in the form of Tesla Tequila.

That’s right, Tesla, the automaker, is selling booze right through its website (albeit fulfilled by Speakeasy Co, which actually ships the liquor to consumers). This in spite of the negative connotations associated with drinking and driving. (Not to mention Tesla’s confusingly-named Autopilot and Full Self-Driving Capability. There are no “self-driving” cars on the market today, regardless of what marketers claim. )

That said, we are rather enamored by Tesla Tequila, if only for its sweet-looking lightning bolt bottle. Filled within it is 750 milliliters of 100 percent agave tequila produced by Nosotros Tequila. The cost? $250. That’s far less than the price of a new Tesla, the cheapest of which—the Model 3—starts at $39,190, but a good deal more than the $40-$60 sum Nosotros Tequila charges for its (far more boring looking) 750-mL bottles.

Does this Tesla-branded booze’s cool bottle make it worth more than four times that of Nosotros Tequila’s $60 mezcal? It seems there are many who think so, as Tesla Tequila is already sold out. When Tesla restocks the item, it will surely continue to abide by its prior purchasing requirements, which limits sales to buyers over the age of 21 in the states of Alabama, Arizona, California, Colorado, Connecticut, Delaware, Florida, Idaho, Illinois, Indiana, Iowa, Louisiana, Maryland, Massachusetts, Mississippi, Nevada, New Hampshire, New Jersey, New Mexico, New York Ohio, Oklahoma, Oregon, Pennsylvania, Rhode Island, Tennessee, Texas, Virginia, Washington, and Wisconsin, as well as the District of Columbia. There’s also a two-bottle maximum purchase limit.