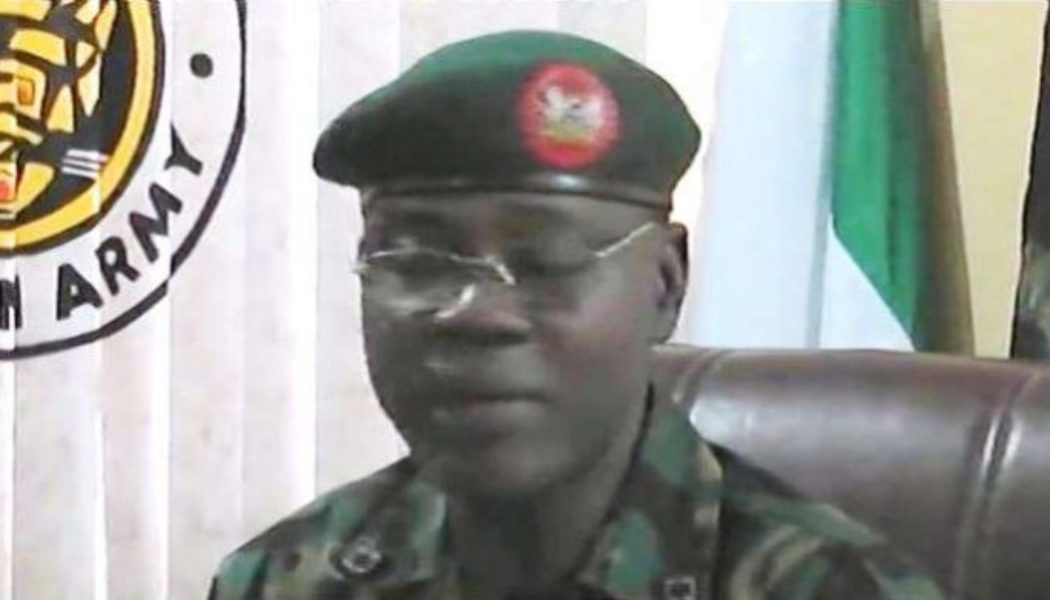 The Chief of Army Staff, Major General Faruk Yahaya, has charged troops of Operation Hadin Kai to be decisive and alert in the fight against the Islamic State West Africa Province and Boko Haram terrorists in North East Nigeria.

The COAS, according to a statement by the Director Army Public Relations, Onyema Nwachukwu, on Sunday stated this while addressing troops of Sector 3 Operation Hadin Kai/Multinational Joint Task Force, Monguno.

He was said to have embarked on his maiden operational tour of the sector on Saturday.

The statement was titled ‘Be decisive and alert in countering insurgency – COAS tells Sector 3 OPHK/MNJTF troops.’

It read, “General Faruk Yahaya lauded the level of discipline and commitment to duty exhibited by troops of the Sector. He, however, admonished them to be apolitical, decisive and circumspect in all their operational engagements.

“General Yahaya tasked both officers and soldiers of the Sector to conduct decisive offensive operations against the terrorist groups marauding in the theatre of operation.

“He charged them to sustain the aggressive tempo of the operations and keep the flag flying, in order to bring insurgency to an end in the northeast.