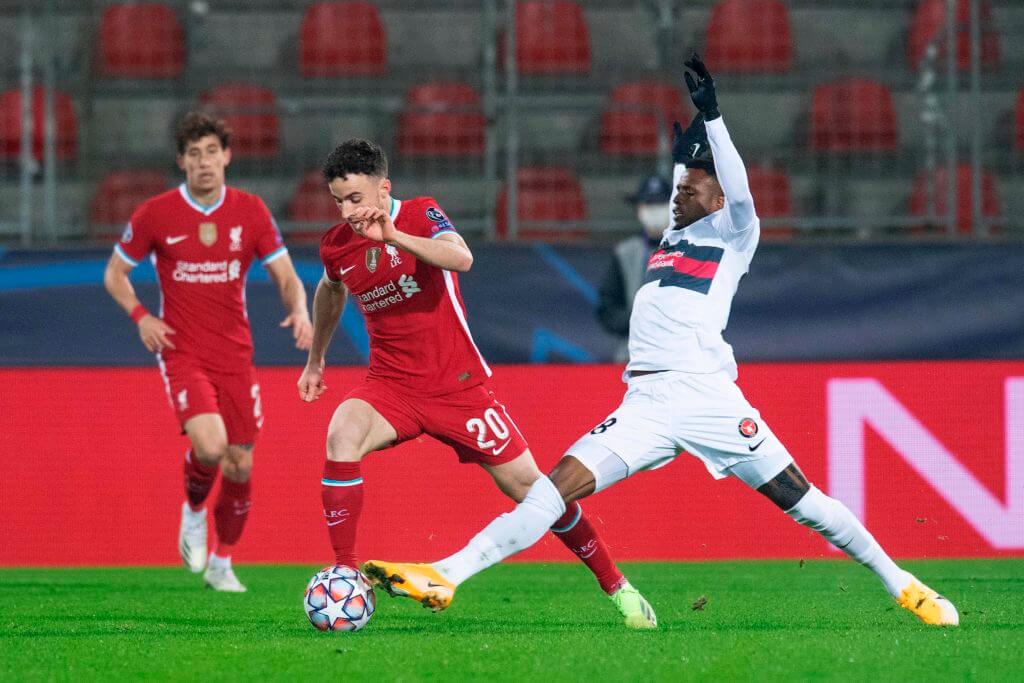 The 24-year-old joined Liverpool during the summer transfer window for a reported fee of £41m from Wolves, with defender Ki-Jana Hoever moving the other way for £9m and a possible £4.5m in add-ons.

Jota was a key player for Wolves and Nuno has nothing but nice words to say about his former player. He feels that Jota has made the right move by joining Liverpool and that it is the right club for him.

The Portuguese winger has taken no time in settling in at his new club and was in terrific form before he picked up a knee injury.

Nuno says that he is not surprised at all with how quickly Jota has adapted at his new club. He has hailed him as an ‘amazing’ talent and has wished him best for his future.

“No, not surprised at all. The quality, the talent, and the dedication that Diogo has is amazing. I am pleased that Diogo is having an impact at Liverpool,” said Nuno to Stadium Astro.

“I think he is in the right place, right moment of his career. I wish him all the best, and the same time thank him for all the good things he has done for Wolves.”

Jota has taken everyone by surprise. He was the one who looked in good shape and form when Roberto Firmino and Mohamed Salah were struggling with form and fitness.

He has scored nine goals in all competitions already, including a fantastic hat-trick against Atalanta in the Champions League.

Jota has played at left-wing, right-wing and often as a striker this season, and his versatility has given Jurgen Klopp an added option to tweak his systems when needed.

Currently, the winger is out injured and he has recently stated that it won’t be long before he can contribute again.