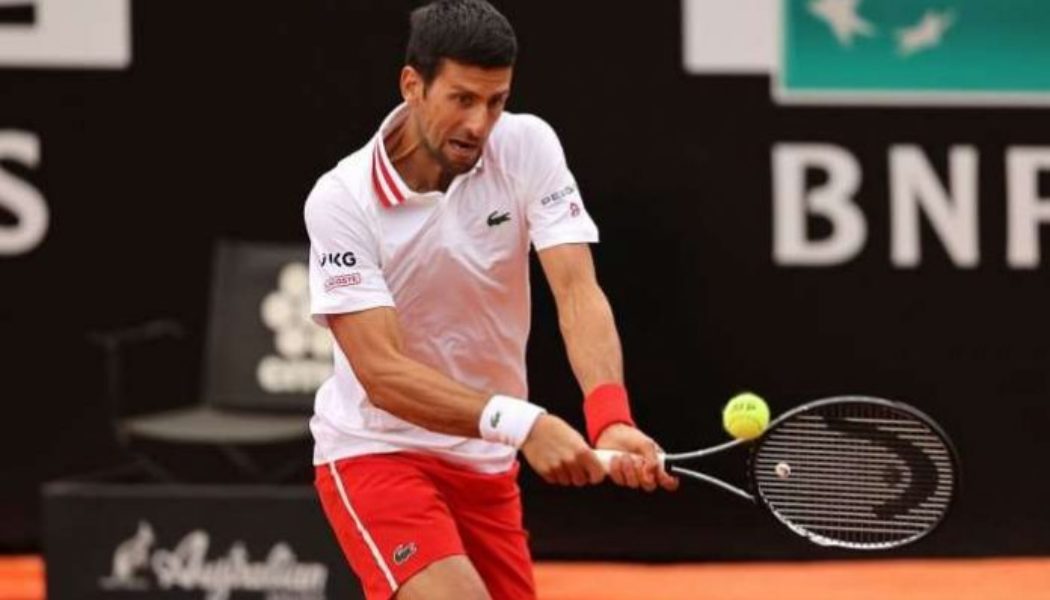 World number one Novak Djokovic swept into the Italian Open quarter-finals on Thursday with a straight sets wins over Alejandro Davidovich Fokina in front of spectators who were allowed to watch in the Foro Italico for the first time.

The five-time Rome champion won through 6-2, 6-1 in 1hr 10min against the 48th-ranked Spaniard with the venue filled to 25 per cent of capacity.

“It was nice to see them back.”

After losing his opening service game, Djokovic powered back with five breaks of serve, outclassing his rival, despite a late fightback, to seal the win on his sixth match point.

“He started well, but I managed to break back straight away and establish the control and consistency.

“I thought I played at least 20-30 percent better than on Monday.”

The 18-time Grand Slam winner next plays either Greek fifth seed Stefanos Tsitsipas or ninth seed Matteo Berrettini for a place in the semi-final.