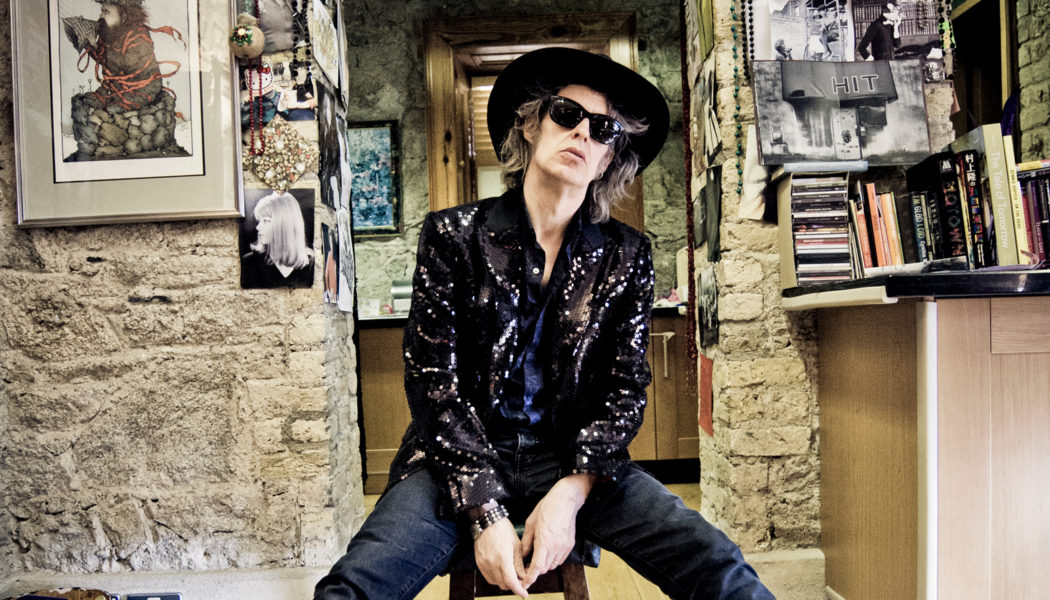 Primary Wave Music has bought a stake in the music publishing catalog of singer-songwriter Mike Scott of the Waterboys.

Mike Scott adds, “I’m thrilled to partner with a great company like Primary Wave. They are an ally and a resource The Waterboys has long sought after. I like their energy; their style and I’m honoured to be part of the fabulous Primary Wave artists’ community alongside some of my all-time favourite musicians. I look forward to seeing what creative mischief and adventure we can get up to together.”

Alok said: “I’m extremely proud to be signing with one of the most recognisable brands in the music industry, Universal Music Publishing Group. It’s an honour for me to bring my sound to an industry leading music publisher. The team are full of passion for what they do, and I felt an instant connection and confidence, knowing that this is the right home for my music. Joining some of the best artists in the world, I am looking forward to them helping me, and seeing my music thrive.”

Dougie Bruce, Senior A&R Director, UMPG UK, said: “Right from the start of our discussions with Alok, creativity and teamwork were the key words. Our global UMPG family came together to make sure he and his team felt supported in every way. Getting to know Alok has been such a pleasure and together we will propel his artistry even further on the global stage.”

Mike McCormack MD of UMPG UK added: “Signing Alok is a coup for UMPG globally. He is a talented artist with fans all over the world, including at UMPG. This partnership exemplifies our worldwide A&R strategy – signing and supporting the best talent everywhere.”

Patrick Moxey, Founder and President of Ultra Publishing shares, “Wheezy is one of the most talented producers in hip-hop. His amazing productions set the bar for excellence in sound.“

“Patrick is doing an excellent job leading Ultra through the constant evolution of music publishing,” adds Manny Halley of Imani Media Group, who represents Wheezy. “Even though they are a boutique operation, they have the resources to compete with the majors on all levels and I’m happy we were able to reach an agreement to extend Wheezy.”

Jay DeMarcus said: “I’m so excited for this opportunity, and this new chapter in my life. To partner with Kelly in this capacity after 20 years of working together, just feels like such a natural, and easy fit. Ben is one of the absolute best in our business, and I’m honored to be a small part of such an extraordinary team. Exciting things are ahead!”

Ben Vaughn, President & CEO, WCM Nashville said: “Jay’s name has always been synonymous with quality music throughout his career as an artist, writer, and producer. He also has an incredible sense of humor! Our team at Warner Chappell is excited to join forces with the King Pen team in working with Jay as he moves into this next chapter of his career.”

Kelly King, President, King Pen Music stated: “It has been an honor to have been a part of Jay Demarcus’s legacy over the past 20+ years. His strong characteristics of work ethic, talent, and ability to create strong relationships has proven his success. I’m looking forward to continuing our great relationship along with our Warner Chappell family in this next chapter of his career.”

“I’m ecstatic and more than obliged to have signed to Prescription Songs & BBMG,” Rideout says. “Bizness Boi, his manager James Supreme, Eddie and Rhea are very genuine people that I’m appreciative of working closer with. I believe that we’ll experience much success together.”

Bizness Boi adds, “We are looking forward to much more success together. I am so proud of Derelle! To see his growth and watch his journey from when we met as kids in high school to now has been incredible. We are extremely happy to welcome Derelle to the BBMG and Rx Songs team.”

Recently, Theron has had several chart-topping releases, including “Have Mercy” by Chloe; “Rumors” by Lizzo and Cardi B; and “Big Energy” by Latto.

“I’m looking forward to becoming the biggest songwriter in the world with the help of Ray, Katie, Big Jon and the entire Sony Music Publishing team,” said Thomas in a statement.

Sony Music Publishing Senior Vice President, Creative Katie Welle said, “Theron is one-of-one in talent, work ethic and spirit, inspiring every room he enters. It’s an honor to partner with Theron and Ray Daniels on this next chapter!”

Originally hailing from St. Thomas, U.S. Virgin Islands, Theron Thomas first rose to prominence as a songwriter alongside his brother as the duo R. City.

Joes Entertainment recording artist Sam Grow has signed an exclusive publishing deal with Deluge Music. Most known for the hit tune “Song About You,” he released latest album This Town earlier this September.

“I’m so incredibly excited to join the Deluge family,” said Grow. “I can’t wait to write songs for such a great team and work with amazing creative minds like David Robkin and Stephanie Greene.”

David Robkin, Managing Partner of Deluge said, “ I’m struck by Sam’s passion for writing. He just loves to write, with hit songwriters, young up and coming writers, anyone who shares the passion with him. We are excited to help Sam expand his opportunities.”

Grow is currently at work on his third studio album, due out in 2022. A BMI affiliated writer, his co-writing credits include collaborations with artists like Taylor Phillips, Brice Long, Steve Bogart and more.

Downwrite has launched their publishing & label services which are set to provide world-wide non-exclusive co-publishing deals for the artists and writers using the platform.

Publishing will be a mix of internal and external publishing based on career trajectory. Partnering with Nick Gordon and his team at Symphonic Distribution, Downwrite aims to provide digital distribution and label services including playlist pitches, A&R, marketing strategy, campaign management, catalogue marketing, digital advertising, and graphic design.

Downwrite doesn’t acquire all publishing rights or acquire songs for life of copyright nor do they participate in master ownership outside the platform. “However, we continue to act and be publishers of our writer’s portions of the copyright,” explained the company in an email. “In addition, writers are not signed to traditional publishing terms that tie them to Downwrite on all of their work (non-exclusive).”

“Downwrite is in a unique position to offer artists and songwriters the services of a label and publishing company on a non-exclusive basis. Imagine that a song you helped create gets placed in a popular film or TV series, and you earn a percentage of the royalties – that’s an exciting thing for fans.” added Randy Sabiston, Vice President of Downwrite’s Label & Publishing Services.

This new administration and services deal with the band, covers their full back catalogue including their debut album Moon Safari and songs like “Sexy Boy,” “Playground Love,” “La Femme d’Argent,” “Cherry Blossom Girl” and “All I Need.”

Mike Smith Global President of Downtown Music Services said, “I’ll never forget hearing AIR for the first time, in a world of guitar anthems and breakbeat heroes, their Premiers Symptômes EP in 1997 arrived fully formed from another planet and totally floored me.  Moon Safari is a masterpiece and yet Nicolas and Jean-Benoit always pushed forward, reinventing themselves through soundtracks and albums both commercial and experimental.  Their catalogue represents some of the most timeless music ever made.  It is a great honour to be given the opportunity to work with this remarkable music and bring its genius to a new generation.”

AIR’s management team said, “AIR’s music is one of a kind and became a benchmark for the sound of the new century. Their mixture of analogue sounds, ethereal vocals and true songwriting originality deserves to meet a new audience, which we aim to achieve with this association. We are delighted to start this collaboration with such a great team & organization.”

AIR added, “We started in the suburbs, it feels good to be Downtown now!”