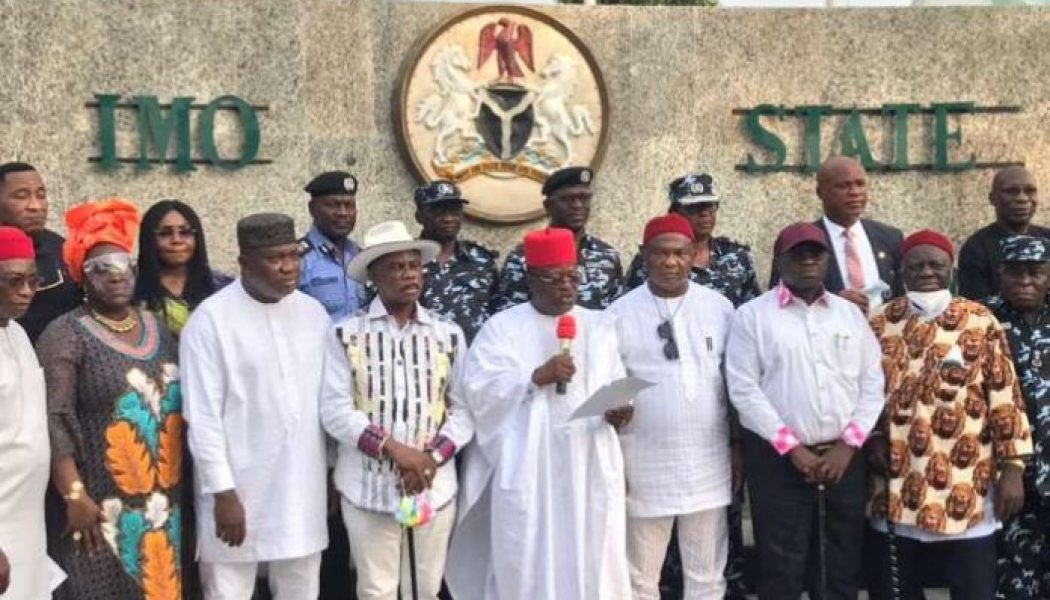 The South-East Governor’s Forum on Sunday reiterated its support for the establishment of state police in view of the current security challenges in parts of the country.

The chairperson of the forum, Governor Dave Umahi of Ebonyi, disclosed this in a communique issued at the end of their security meeting with opinion leaders in the zone in Enugu.

The governor said the forum had set up a committee to work out acceptable modalities for the workability of state policing and would submit the same to the National Economic Council (NEC).

“The meeting is in support of restructuring, the setting up of state police and other national issues as discussed at the last NEC meeting.

“A committee has been set up to work out acceptable modalities and submit the same to NEC in its next meeting,” he said.

He said the meeting reiterated its support for the adoption of a common joint security outfit code-named ‘Ebube Agu’ with its regional headquarters in Enugu.

According to him, the regional outfit will work with police and other security agencies in its operations to protect lives and property in the South-east.

“We agreed on the structure and operational modalities of Ebube Agu and also set up an advisory board for the security outfit,” he said.

Umahi said the Attorney Generals and Commissioners for Justice of the states in the zone had been directed to amend existing state laws to give legal backing to the joint security outfit.

He said the President General of Ohaneze Ndigbo, George Obiozor, had been directed to form two committees that would ensure peaceful coexistence in the South-east

The governor named the two committees to include Peace and Reconciliation Committee and Strategy and Welfare Committee.

“We condemn the recent attack on the home country of Gov. Hope Uzodimma of Imo and other state infrastructure.

“The governors and leaders sympathised with the governor and called on the Federal Government to fish out the perpetrators and ensure their prosecution,” he said.

Mr Umahi restated the ban of open grazing in the region and urged the security agencies and vigilance groups to enforce the ban in all the states.

He said the meeting resolved to implement the various youth empowerment programmes occasioned by the #ENDSARS protest in the region.

Newsmen report that the meeting was attended by leadership of traditional rulers, Ohaneze Ndigbo, South-East Joint Security Committee and members of the clergy in the zone.