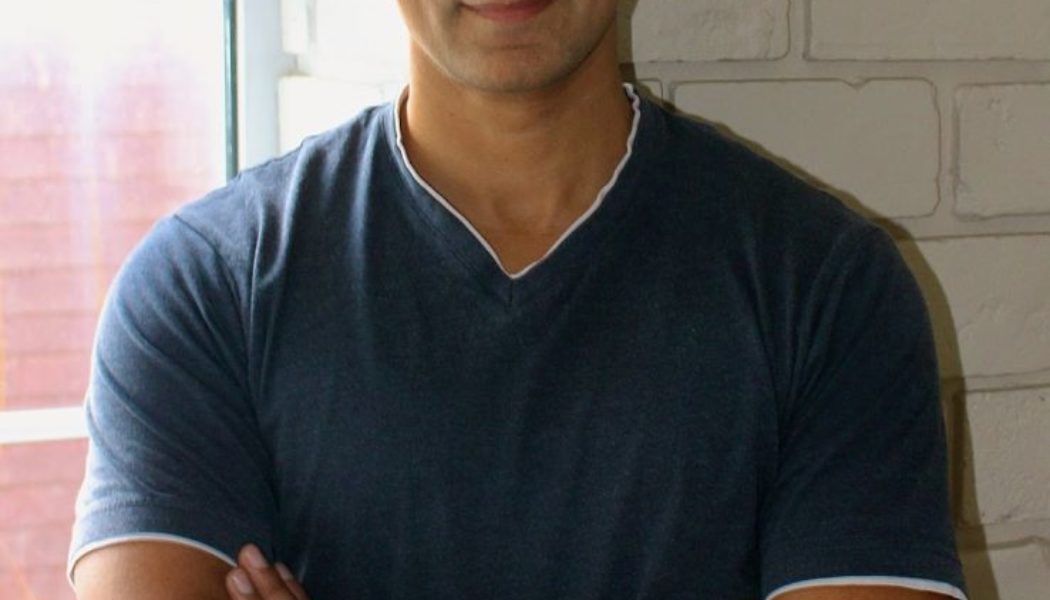 There’s no denying it: Vaseem Khan is an overachiever. Born and raised in Newham (one of the UK’s most deprived areas), Vaseem went on to study at the London School of Economics, one of the best universities in the world.

He spent a decade on the subcontinent setting up a chain of high-end hotels before returning to the UK to write The Unexpected Inheritance of Inspector Chopra, the first of a best-selling series of crime novels featuring Ashwin Chopra, a fastidious Mumbai Inspector, and his unlikely sidekick, a one-year-old elephant called Baby Ganesh.

His new novel, The Dying Day, sees Persis on the trail of a 600-year-old copy of Dante’s The Divine Comedy, stolen from Bombay’s Asiatic Society.

Here, Vaseem tells us why India makes such a compelling setting and why it left a lasting impression.

You’re a born-and-bred Londoner. What’s your favourite thing to do in the city?

I’m a huge history buff and I find no place more inspiring than the British Museum. I like to take my notepad and doodle notes as I meander through the various galleries. My favourites are the ancient Egypt exhibits, and the horology section – I love old clocks.

In your mid-20s, you moved to the subcontinent for a decade. Tell us about the period of adjustment.

I went to India as, essentially, a westerner. I still remember walking out from Bombay Airport (as it was then called) and catching sight of a group of lepers and beggars milling around the taxi rank… India is an assault on the senses and, to begin with, everything was a grand adventure. It was only later when I experienced some of the darker aspects of Indian society that I saw beyond the city’s glitzy outer skin.

I went to India on a three-month contract and ended up spending a decade there, watching the country go from being a semi-developed, post-industrial nation to an almost global superpower. When I returned to the UK, I decided to put all of those incredible memories into a novel and so I wrote The Unexpected Inheritance of Inspector Chopra, introducing us to a rigid, honest policeman who retires from the Mumbai police force in his late forties only to find he cannot set aside his desire to seek justice in what is an inherently inequitable society. He also has the unusual dilemma of looking after a one-year-old elephant that he inherits.

These books chronicle my own experience of modern India, showcasing the light and the dark of a rapidly changing nation. That first book became a Times bestseller and was translated around the world and allowed me to write four sequels.

Both your crime series are set in India. Why is this a compelling setting?

We’re guilty in the west of sometimes mythologising India; of treating her as a land of swamis and snake charmers. The truth is that there is so much more to the country, layers of grey amidst the vibrant colours.

India is so vast that it’s more a collection of cultures – and Mumbai represents a crossroads of its cosmopolitan nature. There are so many intriguing stories to tell in the city, and my books attempt to utilise as much of that diversity as possible to shed light on aspects of the country that we may not be so familiar with.

So, for instance, in Bad Day at the Vulture Club, I examine the murder of a wealthy Parsee gentleman. The Parsees are a small but wealthy and influential community in Mumbai. They don’t bury or cremate their dead, but rather leave them out in stone buildings called Towers of Silence for vultures to eat. What a perfect backdrop for a crime novel!

Let’s move on to the travel that changed you. What region or trip impacted you most?

I can’t get past Mumbai/Bombay. I am an author today because of those years I lived in India’s ‘city of dreams’. The city got under my skin, so much so that now I am onto my second series set there: historical crime novels called the Malabar House series.

More importantly, these books explore a key period in India’s history, just a few years after Independence, the horrors of Partition, and Gandhi’s assassination. I feel like a documentarian, chronicling the changes that went on in Indian society as the country was handed back the reins by the British. All wrapped up in, hopefully, gripping crime stories!

I went to Beijing over a decade ago and spent a few months there working. It was incredible. To interact with the Chinese and understand how they viewed the world was quite something. Most of the Chinese I met then were quite happy with their government.

Of course, things may have changed since then as the country has opened up and people have become more aware of how other nations operate. My best memory is of riding a camel atop the Great Wall of China. Exactly what a camel was doing up there, I have no idea.

Do you still have a dream destination you haven’t seen?

Resolute Island in the High Arctic. Years ago, I wrote a historical crime novel set on a series of islets known as the Queen Elizabeth Islands. At the heart of the book lay a small community of island-dwellers known as the Inuit.

I set the book there because I was excited by the environment: temperatures of below forty, crashing icebergs, polar bears. In the end, I decided not to submit the novel as I felt I needed authentic, first-hand experience before I could do justice to the story. One day…!

Are you a planner or see-how-we-goer?

Anally retentive planner. I’m that sad person who spends more energy on creating itineraries for a holiday than on the actual holiday. Even if we never stick to them, the satisfaction of a plan set down on paper – a plan that mathematically optimises the number of tourist sights visited in a given time period – is its own reward.

Hotel or hostel (or camping)?

I worked for 10 years in the five-star hotel industry and had plenty of opportunities to sample the goods, so I’m a bit spoiled. Nothing beats a good hotel. Tip: first thing you should do is check out the toilets. If they’re gleaming, you’re in the right place.

What has been your number one travel experience?

I married an Indian and my family came over from England for the wedding. Afterwards, they accompanied us on our honeymoon. (Yes, we’re very Asian.) We went to see the Taj Mahal, then Jaipur, and finally flew down to spend a week in beautiful Goa. The trip remains a treasured memory of my late parents.

Imagine if the first humans decided not to travel out of Africa. Travel is built into our very DNA. We are a restless, curious species. If that curiosity to seek new places, new wonders, new experiences were to die, then effectively we would die. That works on an individual level too. The day I decide I don’t want to travel anymore is probably the day I should cash in my chips and make the last trip we’re all destined to make.

For over a century, one of the world’s great treasures, a 600-year-old copy of The Divine Comedy, has been safely housed at Bombay’s Asiatic Society. But when it vanishes, together with the man charged with its care, the case lands on Inspector Persis Wadia’s desk. Harking back to an era of darkness, The Dying Day pits Persis against her peers, a changing India, and an evil of limitless intent.