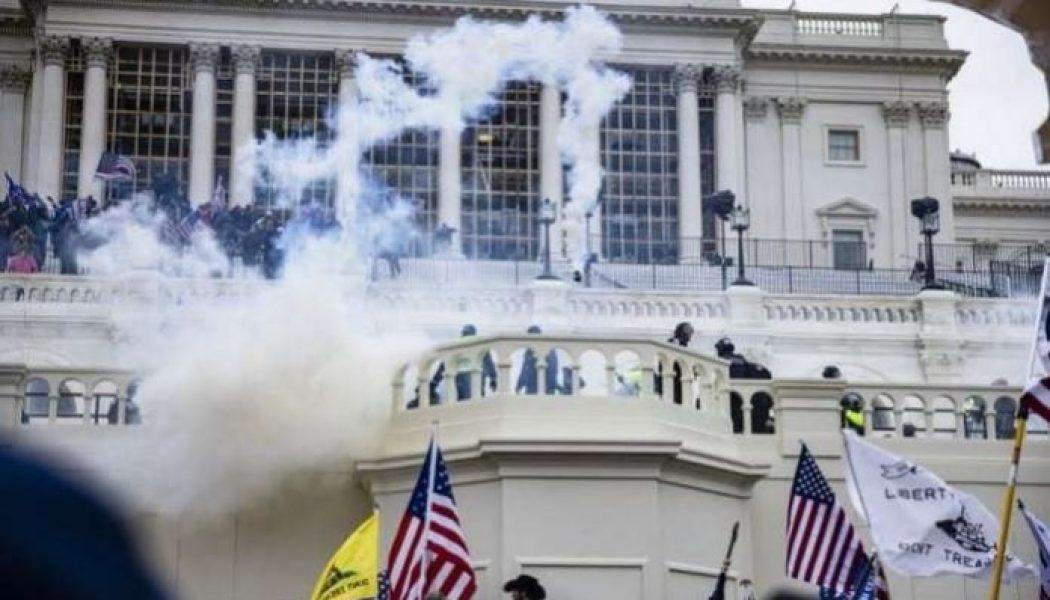 The woman who died Wednesday of a bullet wound during the violent storming of the US Capitol was shot by police, authorities said.

The only fatality tied to Wednesday’s unrest was the woman, reportedly a dedicated Donald Trump backer and air force veteran who was among a throng of supporters of the president that invaded the US legislature.

Washington police chief Robert Contee said three other people, one woman and two men, had died Wednesday in the area around the Capitol, but did not link those deaths to the violence.

Each of the three “appeared to have suffered medical emergencies which resulted in their deaths,” Contee told reporters.

Contee said 52 people had been arrested Wednesday, 26 of them on the grounds of the Capitol, for curfew violations, unlawful entry and weapons charges.

Fourteen police were injured, one seriously after he was pulled into a crowd and assaulted, he added.

He also said two pipe bombs had been discovered near the Capitol, one at Democratic Party offices and the other at Republican Party offices.

In addition, a vehicle was discovered parked on Capitol grounds with a long gun and Molotov cocktails inside.

Washington Mayor Muriel Bowser announced an extension of the city’s state of emergency for 15 days through the January 20 presidential inauguration of Joe Biden, amid fears Trump and his supporters will continue to threaten violence over their unsupported claims that Biden’s election win was fraudulent.

“I know that I speak for all of us when I say that we saw an unprecedented attack on our American democracy incited by the United States president, and he must be held accountable,” Bowser said.

Trump was blamed for the death of the woman, one of the thousands of supporters he urged to descend on the Capitol after a midday rally at the White House in which he told them that he lost the November 3 election due to massive fraud.

They flocked to the Congress just as it opened a joint session to certify Biden as the election winner.

The dead woman was identified in US media as Ashli Babbitt, a backer of the president from San Diego, California who had served in the United States Air Force.

She was shot amid chaotic and violent scenes inside the Capitol building, where some security personnel drew their guns to protect lawmakers as protesters advanced.

Babbitt identified herself as a veteran on her Twitter account and noted her love for the US. She had recently retweeted messages in support of Trump and from those coming to Washington for Wednesday’s rally.

“Nothing will stop us….they can try and try and try but the storm is here and it is descending upon DC in less than 24 hours….dark to light!”, she wrote in a tweet on Tuesday.

“I really don’t know why she decided to do this,” her mother-in-law reportedly told the station about her trip to Washington to join pro-Trump protests.