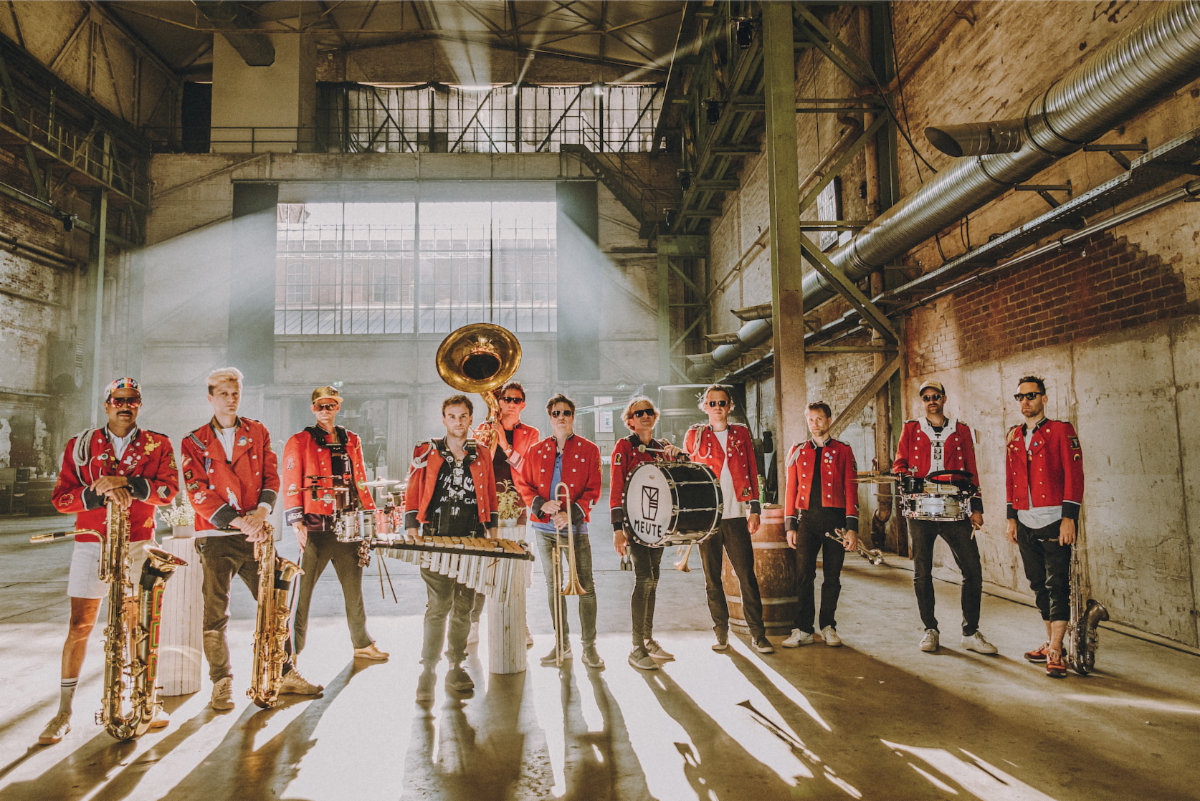 Coachella annually touts one of the most diverse lineups of any major music festival, but this year they’ve gone all out by booking a techno marching band by the name of MEUTE.

Off of concept alone, MEUTE might be the most interesting act to perform at Coachella this year.

“When you tell people that we are a techno marching band, people already get some pictures in their head,” Meute’s founder and trumpet player Thomas Burhorn told Variety. “And then when they see what we do and hear what we do, they can realize… that it is even deeper than what they might have imagined.”

The 11-man unit hails from Germany, where techno has long been a staple of the country’s fabled nightlife sector. They’ve taken what has long been solely considered electronic music and breathed new life into it, even transforming it into acoustic music.

If the idea of acoustic techno isn’t enough to entice you to see them at Coachella, then perhaps a glimpse at their live performances will. The ensemble is completely dialed into the music while performing their unique set.

MEUTE is set to make waves both weekends at Coachella, gracing the stage on April 15th and 22nd. The band will also play an additional set in between the performances on April 18th at The Mayan in downtown L.A.

You can purchase tickets to Coachella here.