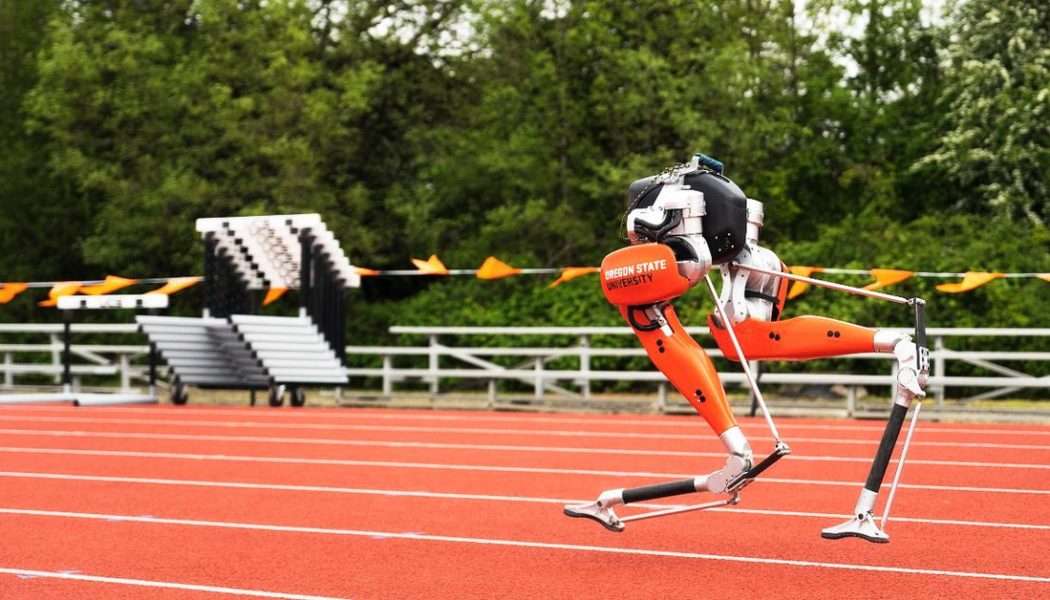 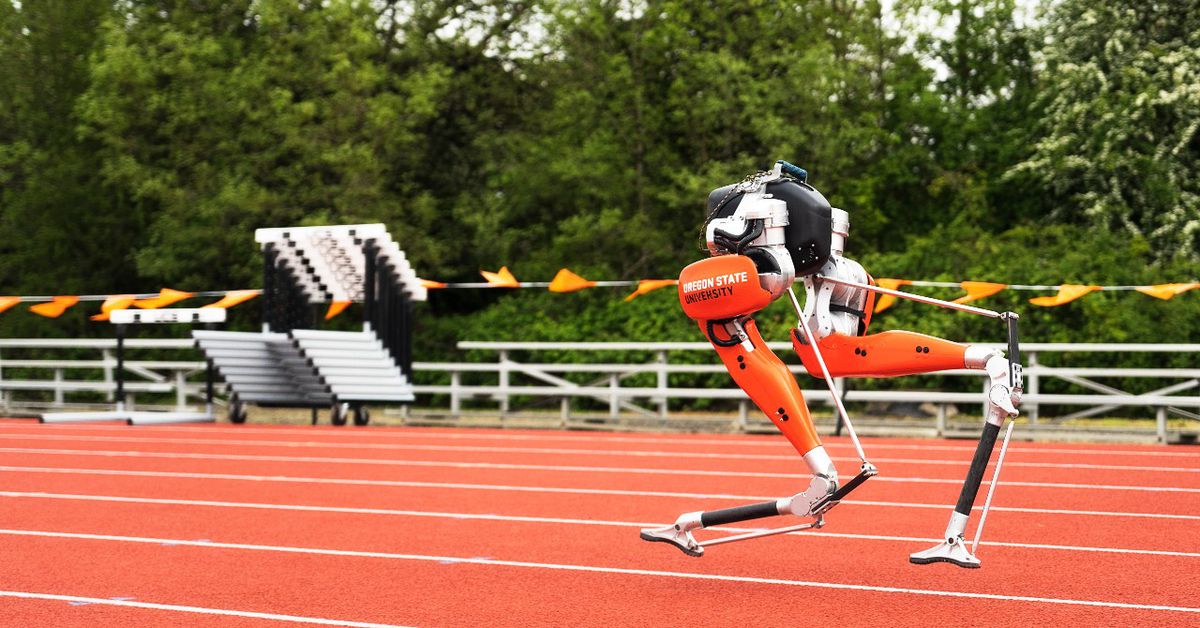 A bipedal robot named Cassie has set a new Guinness World Record for the 100 meter dash, clocking in a time of 24.73 seconds and an average speed of 4m/s (9mph).

That’s much slower than a human, for whom record times stand at 9.58 seconds for men (set by Usain Bolt) and 10.49 seconds for women (set by Florence Griffith-Joyner). However, it’s still extremely impressive for a robot of Cassie’s design.

“This may be the first bipedal robot to learn to run, but it won’t be the last,” said OSU robotics professor Jonathan Hurst in a press statement. “I think progress is going to accelerate from here.”

Cassie was created by engineers at Oregon State University (OSU) and is manufactured by OSU-spinout Agility Robotics. Agility uses the bipedal technology developed for Cassie to power its legged robot Digit, which is not only capable of walking and climbing stairs, but also has rudimentary arms for picking up and carrying small packages.

Cassie is not the fastest legged robot in existence. WildCat, a bulky quadrupedal prototype developed by Boston Dynamics, was capable of speeds of 19mph, while MIT’s four-legged Mini Cheetah can run at speeds of 9mph. There are also outlier designs like OutRunner, which doesn’t use jointed legs, but wheel-like spokes to achieve impressively stable speeds of 20mph. Cassie is different because it’s bipedal — a design that has particular advantages in allowing robots to traverse spaces designed for humans.

Cassie’s creators say that running wasn’t actually the hardest part of the challenge, but getting the robot to start and stop. “Starting and stopping in a standing position are more difficult than the running part, similar to how taking off and landing are harder than actually flying a plane,” OSU professor Alan Fern said in a press statement.

Cassie also ran the challenge “blind.” It’s not autonomous and has no external sensors, so had to be steered by a human much like a remote controlled car. Cassie has previously ran a 5K, though at a much slower pace, taking 53 minutes to complete the distance.

It’ll be interesting to compare Cassie’s achievements with Elon Musk’s much-hyped Tesla Bot. Musk is slated to reveal a prototype of the robot at Tesla’s AI Day event today, though experts are skeptical as to whether the Tesla CEO can live up to his promises.