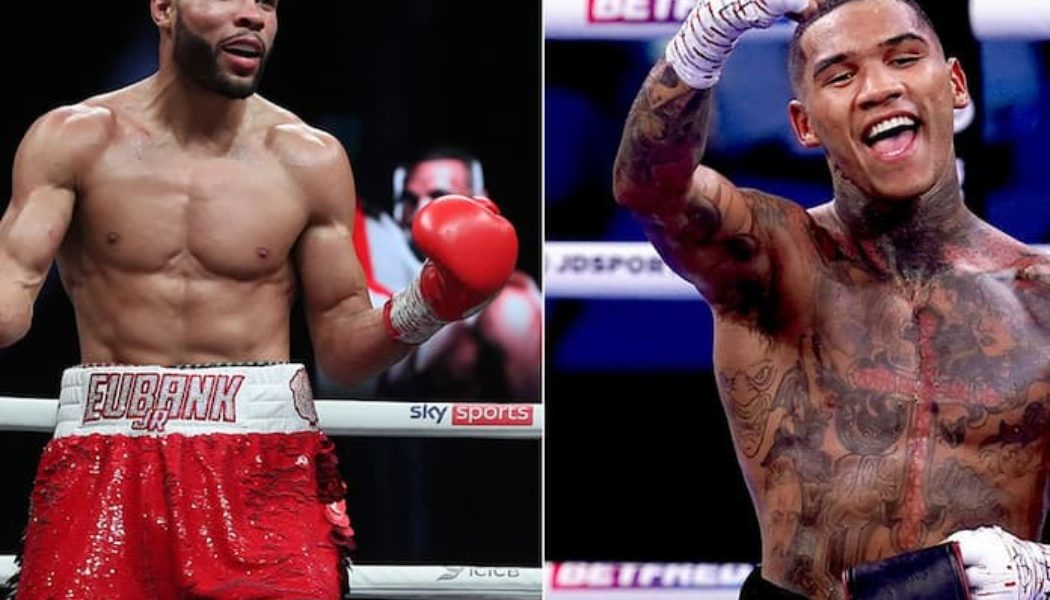 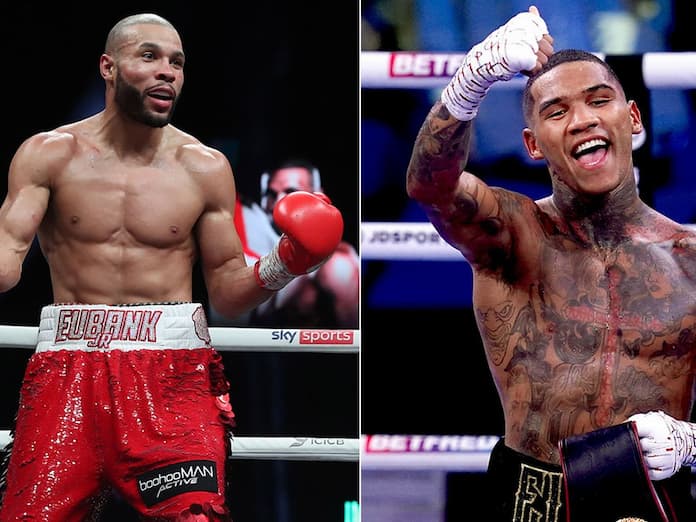 29 years after their fathers first fought each other in November 1990, Chris Eubank Jr and Conor Benn are renewing their family rivalry as the pair of boxing legends sons’ are set to face each other on October 8th at the O2 Arena, London.

The names of Eubank and Benn are boxing royalty, and now that the two sons of the former world champions and British boxing legends are fighting on another, it really has captured the imagination of the public once again.

In what is quite possibly one of the biggest fights in British boxing in terms of names, nostalgia and rivalry, Chris Eubank Jr and Conor Benn are set to throw down in London on October 8th.

Almost 30 years after their father’s fought for the first time, the two sons are set to renew the Eubank vs Benn rivalry as the face off for family bragging rights in less than two months time in the capital.

Chris Eubank Jr fights at middleweight or super-middleweight, and has had a taste of world level boxing before, fighting in the World Boxing Super Series and challenging George Groves for his world title.

In Conor Benn, you have a man who has began to make a name for himself in the welterweight division, knocking out opponent after opponent and not too far away from world title challenges himself.

With Benn fighting at 147-pounds and Eubank Jr fighting at either 160 or 168-pounds, the fight has supposedly been agreed at a catch weight of 156-pounds.

The fight has captured the imagination of boxing fans, bother hardcore and casual around the world already. The third fight between a Eubank and a Benn cannot come quick enough, as the greatest rivalry in British boxing history gets renewed.

There was a huge rivalry between the pair back in the 90s, which continued into the 2000s and probably still exists to this day, despite both Benn and Eubank denying they have any ill feeling towards one another.

The first fight between Eubank and Benn was a classic. The fight was nip and tuck, very even with both men hitting the canvas. Eubank won the fight by ninth round TKO, as referee Richard Steele stepped in to end a flurry of Eubank shots with five seconds left of the round.

Steele described this fight as, “the most dramatic fight I have ever refereed.” It sure was a classic, and one that captured the imagination of the whole British public.

The second fight between Chris Eubank and Nigel Benn was again a close one, with the fight being deemed a split draw. One judge gave it 115-113 in favour of Eubank, one judge gave Benn the nod 114-113, with the third judge deeming the fight a 114-114 draw.

Although the fight didn’t quite live up to the brutality and expectation of the first encounter, it was still a magnanimous event and wasn’t a bad fight by any stretch of the imagination.

There were rumours of a trilogy fight between Chris Eubank and Nigel Benn, with £6 million supposedly being put on the table for the pair to face each other for the third and final time.

The trilogy never came to fruition, but now we have the Eubank vs Benn third fight, this time between the two sons of the British boxing legends, who see their legacy and impact on the sport continue on in the shape of their sons.

Here is how boxing fans have reacted to the news that Chris Eubank Jr and Conor Benn will continue their family rivalry on October 8th, 32 years after their fathers first fought each other:

Can’t wait for this!! But not convinced it will happen 🧐

Benn vs Eubank II changed my life. Aged 15 in castle Greyskull, my first taste of big time #boxing.
To get V3, 29 years to the day is unreal, especially as Conor and Junior are legit.
But Dads measured up. There’s a clear size and experience advantage. #bornrivals #EubankJrBenn

what a match up we’ll done eddie

#EubankBenn is exactly the type of fight DAZN – and British boxing – needs.

Boxing isn’t a mainstream sport and events like this, that capture the wider public’s imagination, are essential to the sport thriving.

It’s going to be an electric night and I can’t bloody wait for it.

Odds are correct at the time of publication and are subject to change.

T&C’s Apply. New customers on mobile only. 7 days to claim and stake £10 minimum bet at odds of 1.5 or greater to qualify. Free, void, cashed out or partially cashed out bets do not qualify. Max 3x £10 free bets credited on bet settlement. Free bets must be used on 4 or more selections with selection odds of 1.3 or greater. Free bets are non-withdrawable and stake not returned with winnings. 7 day expiry. 18+ BeGambleAware.org.