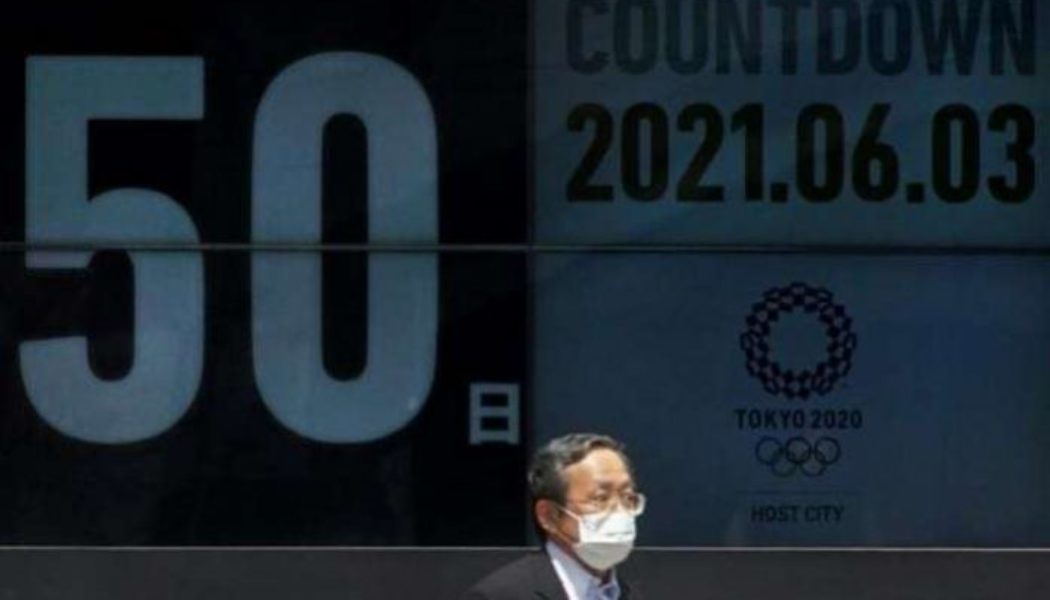 The July 23 commencement date for the summer Olympics in Tokyo, Japan, is under increasing threats from a steady rise in daily cases of the coronavirus in the city. The recent spike has also triggered fears of a possible fifth wave of infections, which will not be ideal for the Games.

Coming this close to the opening of the Games, there are palpable concerns raised for many athletes who will be contesting for honours in the Asian city and their crew members who will be with them all the way.

On Monday alone, Tokyo reported 317 infections, a figure that represents an increase of 81 from the same account of the week before. The increment marks the ninth week-on-week, consecutive same-day rise in infection rates in a row even with the availability of vaccines.

There has also been evidence to show that the more transmissible Delta variant is aiding the regularity of the spreading rise in cases. This all raises the likelihood that Tokyo will still be subject to emergency measures in some form when the Olympics open next month.

As a responsible government, this week, Yasutoshi Nishimura, the minister overseeing Japan’s pandemic response, said the administration would “not hesitate” to call a new state of emergency if required.

In an interview with the public broadcaster NHK, Nishimura said: “The number of new infections in the capital and other areas in the greater Tokyo metropolitan area is clearly trending upward.”

Warnings from the medical corps in Japan that these are not conducive conditions to host a global event on the scale of the Olympics during a pandemic were underlined when two members of Team Uganda tested positive for COVID-19, this month.

The two infected Ugandans had the Delta variant of the virus, with the threat of its transmission efficiency and one of them got infected while staying in the town hosting their training camp, according to the reporting on the subject.

The response of the organisers has been reactive. Katsunobu Kato, the chief cabinet secretary, said Japan was tightening quarantine requirements for athletes and other participants from areas where the Delta strain has been detected coming into the country.

Meanwhile, Yasuhiro Yamashita, president of the Japan Olympic Committee, conceded that cases would emerge in connection with the Games as a fact of the times: “No matter what measures you take, infected people will come in … it is unavoidable. Strict border controls at airports are extremely important.”

Comparatively, Japan avoided a catastrophic COVID-19 outbreak from last year. However, its slow vaccine rollout and government’s ability to enforce restrictions on business closures led to repeated rebounds after every occasion where emergency measures were lifted or relaxed across the country.

The consequence is that Japan now has one of the highest tolls in the region after reporting almost 800,000 cases since the start of the pandemic and 14,700 deaths so far accounted for.

This notwithstanding, John Coates, a senior member of the International Olympic Committee (IOC), said the Olympics would go ahead even if Tokyo was under a state of emergency. After a virtual meeting with organiser, Coates, an IOC vice-president who is in charge of preparations, said: “All the measures we are undertaking will ensure a safe Games regardless of whether there is a state of emergency or not. Provided that we can protect the Japanese public, the most important thing is giving athletes a chance to compete.”

This sparked anger in Japan which recent surveys indicate still reverberates in the country with high levels of public opposition in Tokyo itself. In a poll of residents by the Asahi Shimbun newspaper, 38% of respondents wanted the Games to go ahead as planned, while 27% called for a further delay and 33% said they should be cancelled outright.