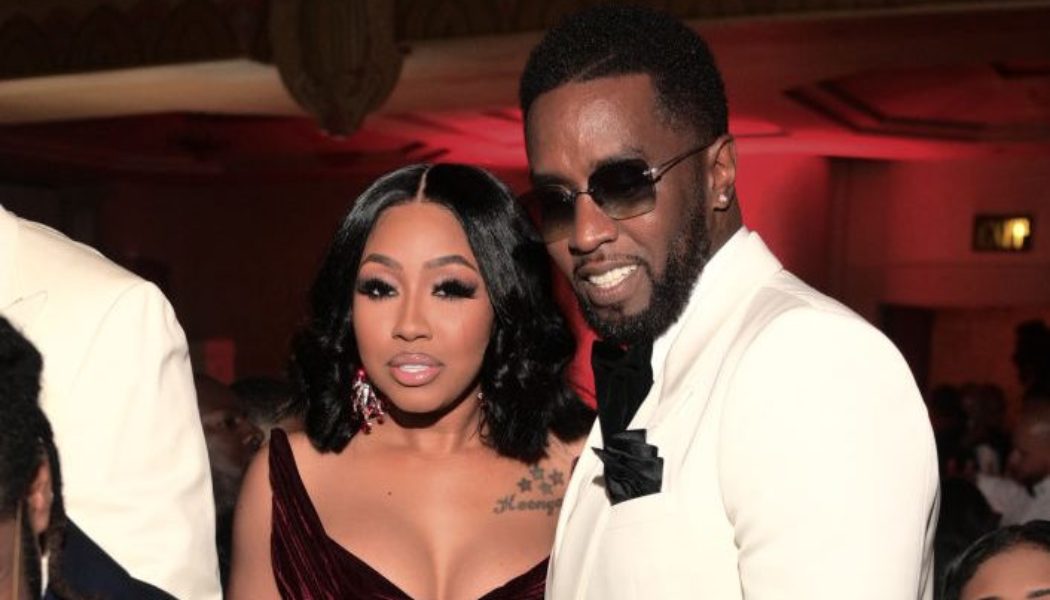 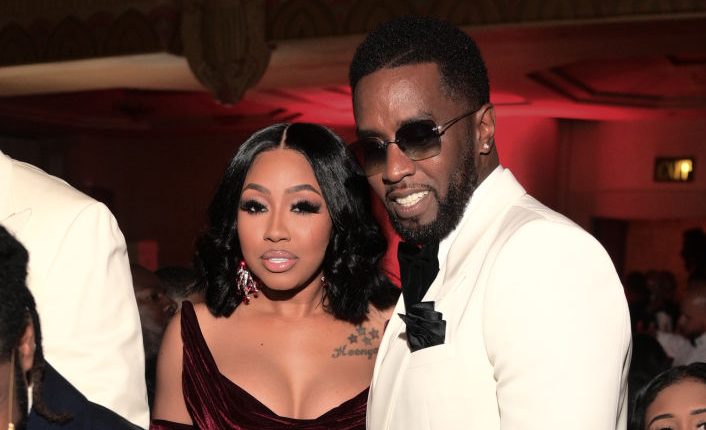 Sean Diddy Combs might be all about love now, but things got testy between his alleged boo Yung Miami and rumored side piece Gina Huynh an internet (Onlyfans) model.

Diddy, aka Love, hasn’t claimed anyone yet, but it’s evident that he is rubbing off on City Girl Yung Miami and Huynh based on their social media antics. Twitter grabbed a seat and some popcorn when they got into a heated exchange spanning across Twitter and Instagram.

Complex reports the “beef” was on the stove sizzling when Diddy hit the stage to host the Billboard Music Awards in Las Vegas. Both Yung Miami and Huynh were in attendance, with the model going the extra mile by sharing a photo of herself and “Baby Daddy” kissing her on the cheek.

Diddy still went on to the party that night, celebrating what he felt was a great night and Yung Miami was right there with him, doing her best twerk in a VIP both while Combs watched.

The following day, Nyungh shared her desperate attempt at grabbing attention and accomplished her mission when Yung Miami responded on Twitter, “Somebody please give this bitch some attention!” In a follow-up tweet warning her to chill by using a video of Whitney Houston’s giving a speech at the 2001 BET Awards.

Of course, Huynh responded by stating in multiple IG Stories posts, “if anybody is seeking attention.. B**** ITS YOU,” asking Caresha, “Why you so press mama? I thought you was a City Girl?” before simply instructing the rapper to “suck my dick.”

Yung Miami responded to Huynh’s questioning of her City Girl status, telling her, “I am and that’s why I fuck with yo n—a & ain’t coming off him idc how many pics you post!”

Yung Miami even went as far as to claim the model owned a “cheap a** lint ball carpet.”

Huynh decided her final response would be in a new diss track that only led to Twitter users calling her out for using the “N-word,” forcing her to reveal she is half Vietnamese and Black.

What a mess? All this over a man still in love with his late girlfriend, Kim Porter.