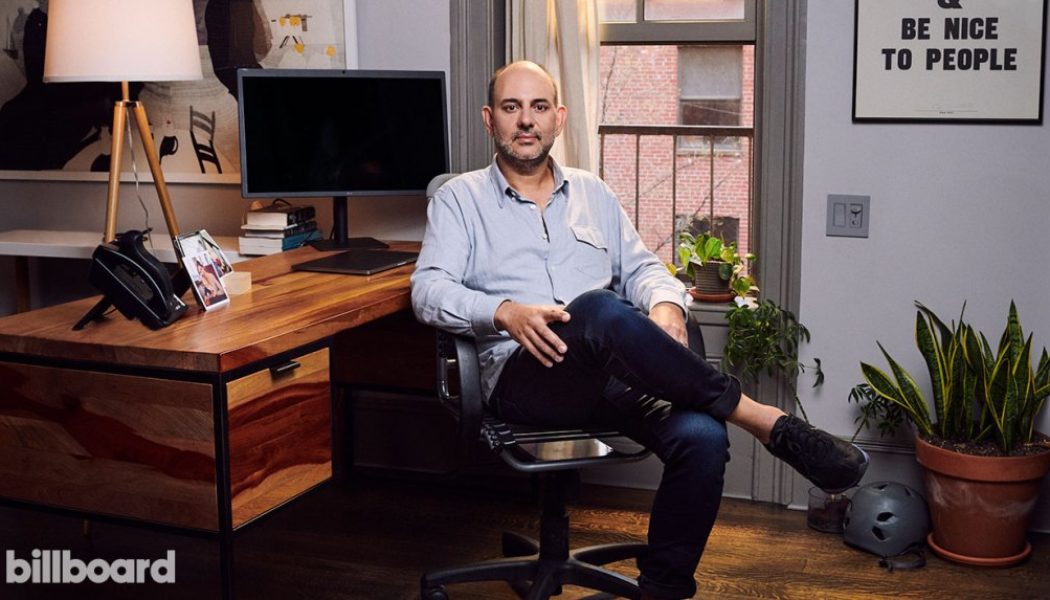 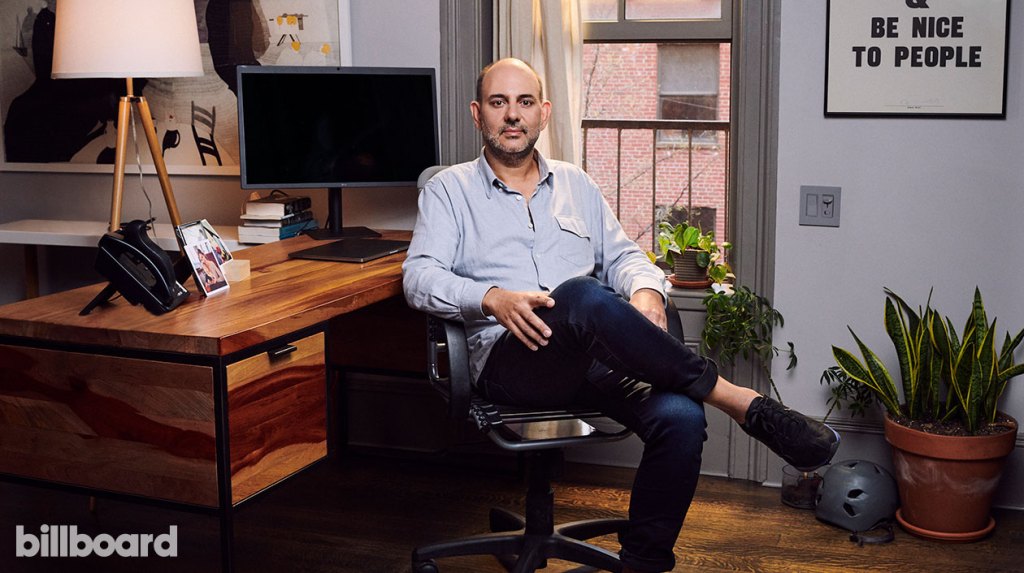 Merlin announced its newly-elected board, which includes representatives from 12 countries across Africa, Asia, Europe, Latin America, North America and Oceania.

The Merlin board includes equal representation from the organization’s three regional blocs: North America, Europe and All Other Countries, according to a press release. Nine of this year’s board members were elected or appointed for their first term, while 11 members are returning for another term.

Board advisors appointed this year include Katie Alberts, COO at Reach Records, who previously served on the Merlin board. First-time advisors include Glen Barros, managing partner at Exceleration Music; Rachel Buswell, head of digital partnerships and analytics at Domino; and Jennifer Newman Sharpe, GC and head of business affairs at ONErpm.

“Merlin is led by the needs of our diverse and growing membership. We take great pride at Merlin in representing members from every part of the world through trust, access, flexibility and transparency,” said Jeremy Sirota, Merlin CEO. “Our Board is a vibrant and strong voice from our membership. We’re pleased that our new Board has music industry leaders with such a wide range of expertise—I look forward to their advice, guidance, and perspectives.”

Linda Walker was elevated to senior vp, commercial, U.K. & Europe, at Warner Music UK and joined the senior management team. Walker succeeds Derek Allen in the role, which she assumed in December. Allen was with WMUK for almost a decade and made the decision to step down last year.

Walker, who reports directly to Warner Music UK CEO Tony Harlow, has been with the company since 1990. She will lead all aspects of WMUK’s commercial relationships with digital services and physical retailers, including those in the independent sector. She will also oversee the company’s research and analysis department.

The first job Walker held in the music industry was as an employee at the Shooting Star record shop. After joining Warner Music in 1990, she moved to Brighton to look after the South Coast before being promoted to national account manager, which saw her return to London. She later moved to Warner’s WEA division (now WMX), where she supported all Apple accounts across Europe. She re-joined the commercial team as vp in 2018 to oversee the delivery of all of Warner Music’s releases in the U.K. and Europe.

“Linda joined the music industry when only a handful of women were working in commercial teams, which makes her achievements even more impressive,” said Harlow. “She continues to bring determination, passion, and business acumen to everything she does, including her role as Co-Chair of our Women of Warner employee resource group.”

Harlow added, “I can’t thank Derek Allen enough for what he has done for the business at Warner, and before that at EMI. We are losing a key strategist, which is important, but a great friend, which matters more. It was a bitter pill when he decided to retire, but we all hope to see him again often and wish him and his family all the best.”

In the role, Rowlatt will work with PPL’s data, technology and neighboring rights experts to maximize the collection and distribution of international performance royalties on behalf of the company’s rightsholder members.

Rowlatt boarded PPL in 2015 as record company services manager in the member services department before moving to the role of international business manager in 2017. She also serves as co-chair of PPL’s internal diversity forum.

Laurence Oxenbury, director of international at PPL, said in a statement that Rowlatt has played a “hugely important” role in the company’s international revenue collections during her tenure.

“While our international numbers held up well over the past year, going forward we expect our international collections will be impacted by the pandemic,” Oxenbury added. “However, having someone with the business knowledge and industry relationships that Chloe possesses managing our International team means we are extremely well placed to successfully navigate our way through this challenging period and return to growth.”

In his new role, Gorman will oversee all rock radio formats including rock, alternative and AAA. He’ll report to RCA co-head of promotion Keith Rothschild out of the label’s Los Angeles office.

Gorman joins RCA from Capitol Music Group, where he led successful campaigns for artists including Beck, Bastille, Halsey, Rise Against and more. He previously spent 17 years at Atlantic Records, where he rose to vp alternative promotion.

Through the new venture, Pope and Gilbert aim to help performers establish themselves as brands, offering their clients “partnership contracts” along with a customized suite of support services including talent development, management, marketing and promotion and content production.

“Instead of signing artists to these ‘360-degree’ deals, WRKSHP will partner with and educate creatives so they profit share from revenues derived from their intellectual property and most effectively monetize their art,” said Pope, who will serve as CEO. “By being truly transparent, WRKSHP empowers artists to realize their maximum potential.”

The company will focus on signing and collaborating with local Detroit artists, hosting educational workshops and producing talent shows, concerts and festivals designed to attract high-profile industry executives to the city.

Added Pope, “Success looks like Detroit re-cementing itself as one of the premier music cities of the world and establishing WRKSHP as a leading music powerhouse in the industry built alongside our multi-genre artist roster.”

“Music is the compass that connects people toward a collective path. Detroit, more than any city, validates that bond across many generations. Arts and culture are the catalysts that ignite renaissance cities,” said Gilbert in a statement. “Che is a renaissance man whose life’s work culminates through WRKSHP’s bold vision. Detroit’s deep-rooted history in moving the world through global multi-genre musical contributions makes it the natural choice for our headquarters.”

Audioclout, which is embedded within UNDRCVR, boasts full ownership of Instagram and TikTok channels that boast reach numbering in the millions. The company’s mission “is to bring together artists, influencers and fans to share in the discovery of music,” according to a press release.

Franck most recently served as head executive vp, commerce & marketing at Alternative Distribution Alliance (ADA); before that, he was CMO at 300 Entertainment. He was a Billboard Indie Power Player in both 2020 and 2021 and a Billboard Digital Power Player in 2019.

“We believe that independence is not just the future, it is the NOW in entertainment, music and tech,” said Franck and Levy in a joint statement, adding that they hope “to create and facilitate long-game success by creating multi-tiered, panoramic marketing solutions for our partners across entertainment, music, film, touring, branding, and more.”

Deana Ivey was promoted to president of the Nashville Convention & Visitors Corp. Ivey has been with the organization since 1997 and previously served as executive vice president and chief marketing officer. Butch Spyridon, who previously held the dual role of president and CEO, will retain the title of CEO.

Prior to her work in Nashville, Ivey served as executive director of the Gatlinburg Chamber of Commerce. She is a board member of the Tennessee Hospitality Association, Rhythms of the South Corporation and the Academy of Country Music. Ivey was also on the board of the TJ Martell Foundation for eight years and is a member of the 2015 Leadership Music class.

Spyridon has served as the head of the NCVC since 1991. He serves on the executive committee of the U.S. Travel Association and is a past Chair of Destinations International.

“Deana’s advancement is well earned and much deserved,” Spyridon said. “She has been a committed partner these past 25 years and has been integral in shaping the Music City brand, creating and attracting major events, and marketing Nashville around the world.”

“I am honored and humbled to be named President of an organization dedicated to promoting a city recognized as a global destination,” Ivey said. “I appreciate the confidence the NCVC Board of Directors and CEO Butch Spyridon have placed in me, and I look forward to helping realize Nashville’s future possibilities while building on the past successes. it’s a city to which I have devoted my career and love.”

Weitzman, a 25-year veteran of the entertainment industry, will be tasked with optimizing concert ticket sales via real-time data, dynamic pricing and distribution. He joins Logitix from DTI Management, where he built the music division; he’s consulted for over 60 major concert tours, working directly with agencies, promoters, venues and managers to create revenue. Earlier in his career, he oversaw world tours and licensing deals for artists including Prince, Billy Joel and Dave Matthews.

Before joining the music industry, Weitzman worked in television, putting in time on shows including SNL and Late Night with Conan O’Brien. He went on to manage the careers of comedians including Zach Galifianakis, Stephen Colbert and Steve Carell and worked with the writing and production staffs of The Larry Sanders Show and The Dana Carvey Show during his tenure at Brillstein Grey Entertainment.

Watson Byrne comes to River House following 10 years at Sony Music; prior to that, she held roles at Songfluencer, Crowd Surf, Collective Artist Management and ThinkSwell.

Rasnick arrives at River House from Pratt’s Institute in Brooklyn, New York. She will be charged with overseeing the creation and execution of all creative elements for the company’s artists and in-house creatives.

Gott joined Parr3 as an intern in 2014 and has since led some of the company’s key projects, including transitioning the firm’s accounting operations to Datafaction’s AGILLINK software, developing a training curriculum for new hires, educating colleagues on the nuances of royalties and on-boarding and managing some of Parr3’s biggest clients.

With his promotion, Gott will touch on all business management operations at Parr3 from a top level, including offering his guidance to more clients as well as all teams within the company.

Formed in 2013, Parr3 has grown to more than 35 employees managing over 100 music and entertainment clients including Louis Bell, Clairo, 6LACK and record label LVRN.

Katie Jelen exited her role as director sync licensing at Warner Chappell to launch her own company, Honestly Good Music.

The new venture will offer services including synch representation and creative synch development, as well as music licensing consulting. Prior to her work with Warner, Jelen worked at Secret Road Music Services.

Ana Gomez was named label manager at Universal Music Latino. She was previously a publicist at Nevarez PR, a communications and marketing firm.

In her new post, based in Miami, Gomez will work with a roster of acts that includes Colombian star Juanes, Mexican singer Gloria Trevi, Colombian singer and actress Greeicy, Joey Montana and Pitizion. This will be Gomez’s first label job.

Crooked Youth helps clients combine their main websites and merch stores to create a centralized hub from which to connect with their audiences.