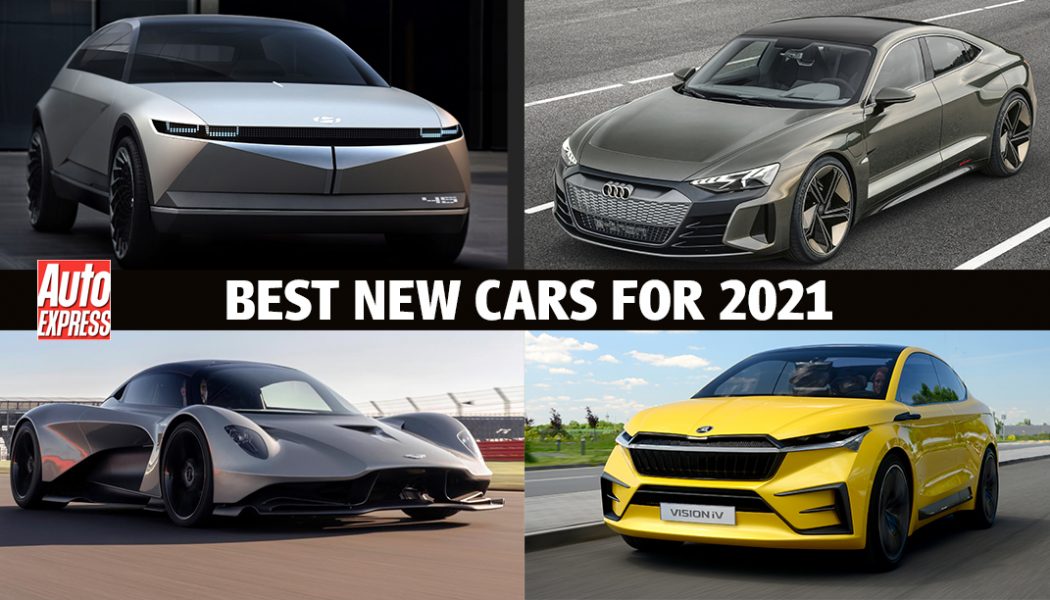 They may be out of favor right now, but traditional three-box cars will never go away. To make sure, automakers around the world are pouring enormous resources into design and engineering to keep sedans, coupes, and convertibles as interesting and as compelling as possible. Whether they’re built for fun, luxury, a bit of both, or just to get you where you need to go, the cars of the near future will offer more style and technology than ever as they try to woo you away from joining the SUV herd.

What’s New: The Celestiq is a massive four-door, four-passenger, full-size electric car with big wheels and a hatch instead of a trunk. It will be a hand-built grand tourer with tons of executive-style space in the very wide back seat. A tinted glass roof extends from the windshield to the rear hatch. Each bespoke sedan will have rich detailing such as flower petals embedded int the acrylic décor. The Celestiq rides on GM’s new BEV3 dedicated electric vehicle architecture, which uses fast-charging Ultium batteries, placed under the floor.

What’s Not: Design takes some cues from the Cadillac Escala concept. Banner technology such as Super Cruise will likely be standard.

What’s New: Code-named W223, the new S-Class is a major redesign of the flagship Mercedes sedan. The exterior features taut, elegant surfacing, a long dash-to-axle ratio, and a more rakish C-pillar. Up front, high-tech digital headlights flank a new grille. The lavish new interior features a dramatic dash design and two screens; the horizontal one in front of the driver is similar to the one used in the current S-Class, and a Tesla-sized vertical screen extends upward from the center console. Powertrains will include the recently launched 3.0-liter straight-six and the AMG-developed 4.0-liter V-8—both featuring a 48-volt mild hybrid system—and there will be a plug-in hybrid version. The new S-Class will also boast Level 3 autonomous capability.

What’s Not: Of course there’s a Mercedes-AMG version in the wings. Expect a big-horsepower version of the 4.0-liter V-8, all-wheel drive, and available carbon-fiber trim inside.

What’s New: As its description implies, this is a concept car—and a design you’ll never drive. Evidence? Its steering wheel has been replaced by twin joysticks, a perennial dream car crowd-pleaser. However, note that its name is Prophecy—and we suspect that’s no random choice. It’s a concept, yes, but also a shape that could very likely predict that of a future battery-electric production version. Most notably, Hyundai’s designers have gone to great lengths to minimize aero drag to maximize its range. For instance, note its strikingly Model 3-like nose (except for its multipoint “Pixel” headlights) and that carefully swept-back tail to keep airflow attached as long as possible. Don’t be surprised to see this shape someday sitting atop the skateboard platform created by EV startup and Hyundai partner Canoo.

What’s Not: Being a concept car, the Prophecy was penned on a clean piece of paper.

What’s New: The IS is a midcycle refresh of Lexus’ entry-level sedan, last revised in 2016. Although the outside will certainly look different, with more LS-inspired styling, the IS’ underpinnings will be the same, albeit with revised suspension tuning and an improved chassis. The interior will be updated to reflect current design language, as well. Because this isn’t a wheels-up redesign, some elements will be familiar, but changes to the dashboard and infotainment setups will give the IS a fresh look inside.

What’s New: Subaru’s aging WRX and WRX STI high-performance sedans move to the scalable Subaru Global Platform. Despite the cars’ new underpinnings and redesigned bodywork, the two rally-inspired sedans evolve the formula of past WRX and WRX STI models by maintaining staple features such as standard all-wheel drive and a powerful turbocharged flat-four engine. Look for the run-of-the-mill WRX to trade the current car’s 268-hp 2.0-liter four-cylinder for a larger, slightly more powerful 2.4-liter unit that mates to either a six-speed manual gearbox or an available CVT. The big-winged, stick-shift-only WRX STI, meanwhile, is due to feature a nearly 400-hp variant of its sibling’s 2.4-liter four-pot.

What’s Not: Both the platform and the basic engine already underpin several other Subaru products.

What’s New: Toyota and Subaru are making big changes for the second coming of the co-developed Toyota 86 and Subaru BRZ. A new powerplant will steal the most headlines, likely the 2.4-liter turbocharged unit that makes 260 hp and 277 lb-ft in the Subaru Ascent—that would have the upcoming two-door making 55 hp and 122 lb-ft (!) more than the current Toyobaru. The replacement 86 will be rebranded as the GR86, similar to the GR Supra, to strengthen Toyota’s Gazoo Racing performance arm. Toyota is expected to supply the underpinnings for the new coupes, likely a version of the automaker’s modular TNGA platform.

What’s Not: Although it hasn’t been confirmed, we’re praying these two will retain a manual gearbox option.

What’s New: Mazda has blown up the 6 rulebook. Front-drive four-cylinder? Forget it. The next 6 will be rear-drive and powered by an all-new inline-six with Skyactiv-X spark-controlled compression ignition and a supercharger. An all-new eight-speed automatic backs up the engine, and Mazda’s i-Activ all-wheel drive will be offered. Although this powertrain will be first out the door, recent patents show Mazda is working on electrification ideas, including an electric motor mounted on the gas engine with additional in-wheel electric motors.

What’s Not: The design of the new 6 may be hiding in plain sight, previewed by the Vision Coupe Concept shown here (which is actually a sedan, or four-door coupe in modern marketing speak).

What’s New: The i4 is BMW’s first stab at a midsize EV, and its first job is to take the fight to the Tesla Model 3. Everything from the massive kidney grill to the funky rear taillights will be new. BMW says it will have an EPA-estimated range of 270 miles on a full charge and will sprint from 0 to 60 mph in 4.0 seconds. The i4 will also be ready to (mostly) drive itself with radar, lidar, and other sensors hiding behind those inflamed kidneys. It’ll seat up to four, feature BMW’s swoopy Gran Coupe fastback styling, and be the first car to wear BMW’s redesigned logo.

What’s Not: BMW’s i and M brands still aren’t combining their efforts, so no performance models.

What’s New: Having drifted far from its Super-Leicht roots, the completely redesigned SL is starting over as an AMG, built on the next generation of the performance brand’s exclusive sports car platform under the GT S, GT C, and GT R supercars. Differentiating itself, the SL will get a folding hard-top convertible roof and 2+2 seating, straddling the divide between the AMG GT roadster and the dying S-Class Cabriolet.

What’s New: Coming from much of the brain trust that created the Tesla Model S and every battery used in Formula E, the Lucid Air is in many ways the now-aging Model S’ spiritual successor. The car is a technology powerhouse, initially with 1,000 hp (and potentially 1,200 hp) from its dual electric motors—with a three-motor version in the plans. A key advance is its motors’ operation at a soaring 900 volts, miniaturizing the drivetrain. The result is unexpected passenger room inside, cloaked in a sublime shape penned by ex-Mazda design chief Derek Jenkins.

What’s Not: As Lucid’s from-the-ground-up first offering, it shares nothing with anything before it.

What’s New: The EQS is the first of four mid- to large-sized electric vehicles—two cars and two SUVs—scheduled to come off Daimler’s new modular BEV architecture. As the name suggests, this is intended to be the electric equivalent of an S-Class and is roughly the same overall size as the current flagship Mercedes sedan. Despite a sporty roofline inspired by the CLS and AMG GT 4-Door, the BEV architecture follows the familiar skateboard format with a central underfloor battery pack and motors at each axle, which affords significantly more room for passengers and their stuff. The dramatic interior features a full-width screen spanning the dash and extending down to the center console.

What’s Not: Assorted pieces of suspension and brake hardware. The flush door handles and next-gen MBUX system will be shared with the new W223 S-Class.

What’s New: Audi’s shifting priorities killed off the TT as we know it, but the iconic coupe will live on in spirit with battery power. Although Audi and Porsche are working on the PPE platform for large premium EVs and the Taycan’s J1 platform will support Porsche electric sports cars, Volkswagen’s MEB platform will underpin the TT E-Tron. MEB’s dual-motor capability will provide Quattro electric all-wheel drive. As before, the TT EV will have snazzy styling, a practical hatchback, and a drop-top variant.

What’s Not: Like its combustion forebear, the Audi TT E-Tron will share parts with common Volkswagens from the MEB platform.