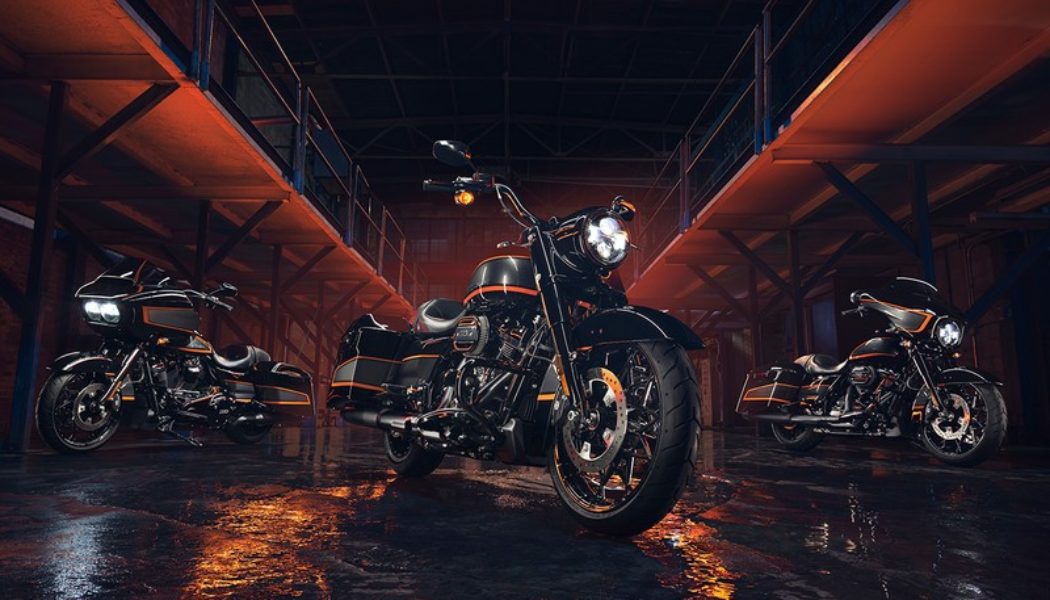 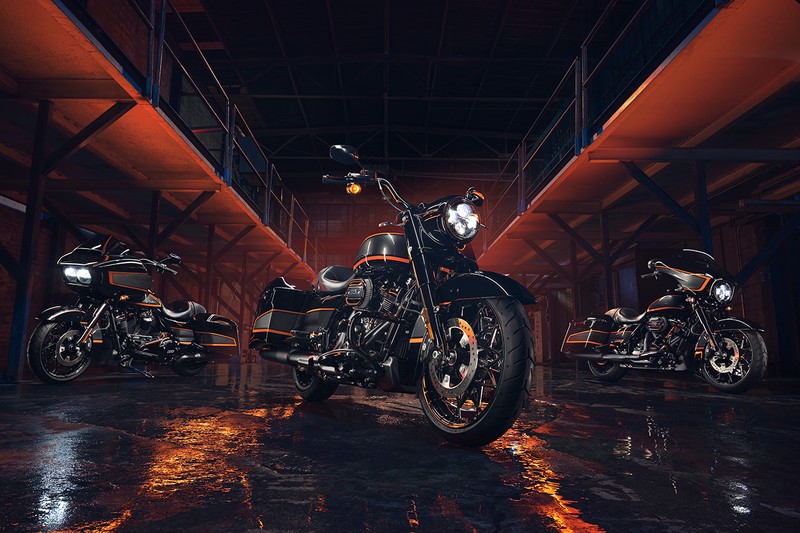 Harley-Davidson has revealed a new 2022 factory paint option for its Grand American Touring models, reflecting the brand’s success in competition.

The Apex paint scheme, which starts with a base of Vivid Black upon which Gauntlet Gray ‘Bar & Shield’ graphic panels are applied and framed by Jet Fire Orange stripes.

The fuel tanks receive “a graphic outline on the fuel tank which mimics the shape of the tank on the legendary Harley-Davidson XR750 flat track racing motorcycle.” 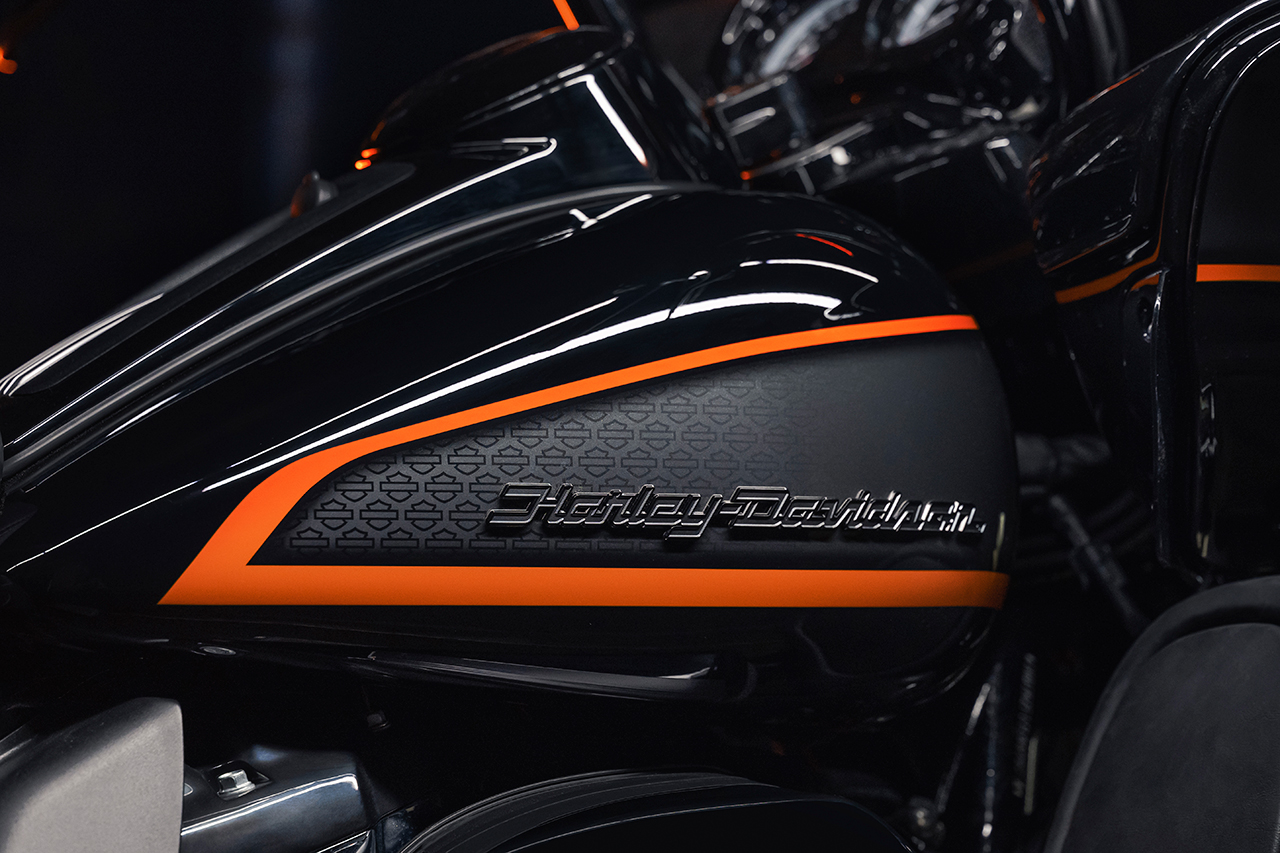 Models with fairing feature graphics sweeping back to align with the tank graphic, while the lines on the front fender flow visually with those on the side covers and saddlebags, creating the illusion of motion.

“Apex factory custom paint gives riders the opportunity to express the thrill of speed and competition on the bodywork of their bagger,” said Brad Richards, VP of Design and Creative Director – Motorcycles. “This paint scheme communicates velocity and forward momentum with lines and colors inspired by Harley-Davidson® competition motorcycles.”

The Apex custom paint will be offered by Harley-Davidson worldwide as a factory option for the remainder of 2022 on nine of its Grand American Touring models.

Elsewhere in automotive, the ‘most radical’ road-going Ferrari F40 comes up for sale.