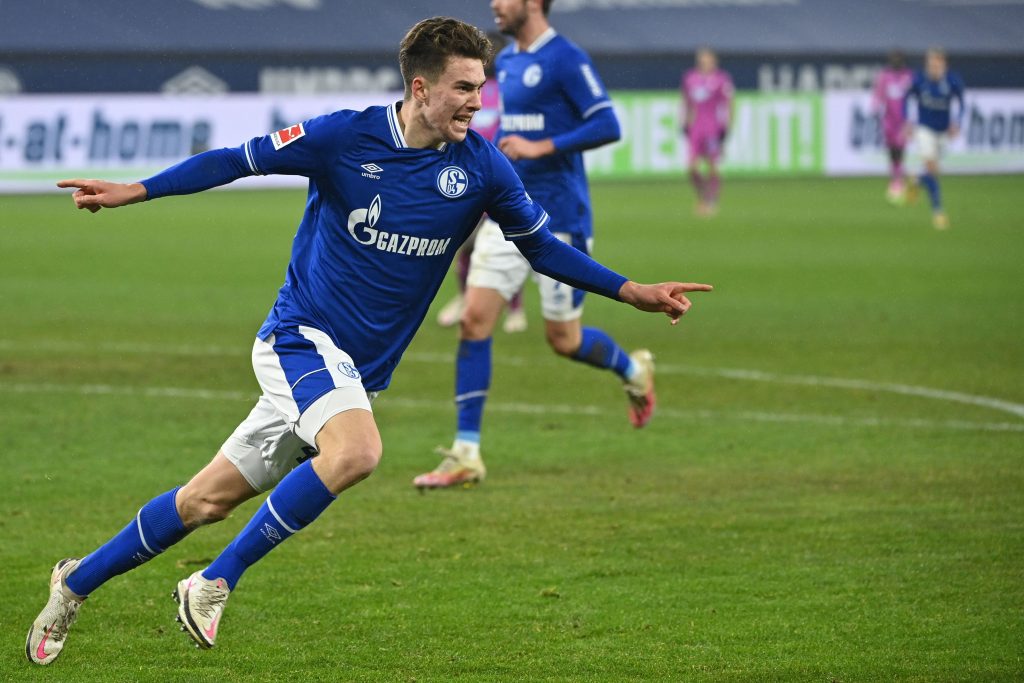 So you thought 2020 was bad? Well, 2021 has started off even worse in many regards, and down in the Bundesliga, they are facing an absolute crisis as FC Schalke 04 have managed to win a football match.

Almost a year without victory read as follows for the Royal Blues: LDDDLLDLLLLDDLLLLLLDLDDLLLDLLL.

They went into the match against Hoffenheim knowing that if they failed to win, they would match Tasmania Berlin’s Bundesliga record of 31 consecutive matches without victory. Inexplicably, they avoided it, and in some style – 4-0.

Here, we’ll take a look back at that (nearly) year-long spell of agony for the Gelsenkirchen-based outfit:

January 17, 2020. FC Schalke 04 2-0 Borussia Mönchengladbach. Goals from Suat Serdar and Michael Gregoritsch meant that the Royal Blues opened the Bundesliga’s matchday 18 with an important victory that saw them go up to 33 points and maintain a nine-match unbeaten streak on home soil. At this stage, they looked set to qualify for the Europa League despite losing many important players to injuries, including star midfielder Amine Harit.

Next up: Bayern Munich. That match didn’t go half as well for Schalke, as they were thrashed 5-0 by the rampant Reds, but it didn’t seem too ominous – getting steamrolled by the Bavarians is an unfortunate experience that almost every Bundesliga side has to undergo from time to time. What followed wasn’t disastrous by any stretch of the imagination either, as the Royal Blues drew the next three games against Hertha, Paderborn and Mainz, keeping a clean sheet in two of them. In between these matches, they did win a game – a Round of 16 DfB Pokal clash against Hertha Berlin – which ended 3-2 after extra time.

Big defeats to RB Leipzig, and more disappointingly, FC Köln followed, and then came a 1-1 draw with Hoffenheim. Things weren’t looking so good, but they weren’t too bad either as the world came to a standstill with the onset of the COVID-19 pandemic. Perhaps this was a chance for FC Schalke 04 to reset and return to the form that they started the season with.

The Attack of the Losses

As the Bundesliga became the first major European league to resume amidst the Coronavirus pandemic, Schalke’s fortunes didn’t change as they were thrashed 4-0 by Borussia Dortmund in the Revierderby. With this defeat, talks of Schalke’s rotten fate started to grow, as their local rivals rubbed as much salt into their wounds as possible.

Three more losses followed, and this was really when people started to worry about Schalke’s winless streak as the Royal Blues lost to FC Augsburg, relegation-battlers Fortuna Düsseldorf and Werder Bremen. Now, Schalke were in real trouble.

Draws with Union Berlin, and more encouragingly, Bayer Leverkusen slightly lifted their spirits, but any remaining hope was quickly quashed by disappointing defeats to Eintracht Frankfurt, Wolfsburg and Freiburg.

However, such was Schalke’s outstanding start to the season that despite failing to win for the entirety of the Rückrunde, they finished the season in 12th – eight points away from the relegation playoff spot. Yet, the scale of the problem wasn’t lost on their fans, and David Wagner was under some serious fire. Somehow, the manager kept his job, with the hope being that he would be able to rediscover the fire that saw Schalke gain a stronghold on the top-six in the opening stages of the season.

The summer transfer window wasn’t a good time for Schalke, as a number of key players departed. Michael Gregoritsch, Jonjoe Kenny and Jean-Clair Todibo’s loan spells ended, so they went back to their respective clubs. Further, Guido Burgstaller, Daniel Caliguiri and Alexander Nübel left permanently, while Weston McKennie also departed. Their notable arrivals were Vedad Ibišević and Mark Uth, but the losses clearly outweighed the gains.

The reason for this was explained in a press conference in July by board member Alexander Jobst. COVID-19 was an absolute sucker-punch for Schalke, as their debts mounted to almost €200 million. Now, basic survival would prove to be tough, let alone the lofty ambitions of Champions League football they had a year ago.

In order to counteract this, the club imposed a salary cap of €2.5m (£2.2m/$3m) per player, while also securing a €40m (£36m/$48m) bailout from the Gelsenkirchen government. They took some more questionable actions too, including refusing to refund 2019/20’s season ticket holders and dismissing many low-pay employees. All of this only served to ruin the club’s public image.

Even then, there was some hope for the new season, though fans were not really expecting much from the opening clash against Bayern Munich. What followed, though, was nothing short of a massacre, as Die Rotten put eight goals past them, with the scorers including ex-Schalke favourite Leroy Sané.

Another disappointing loss to Werder Bremen followed, and that finally cost David Wagner his job. Manuel Baum was his replacement, and club legend Naldo tagged along as his assistant. But, their time at the helm didn’t start too well as the Royal Blues lost by four goals against RB Leipzig. Thereafter, they suffered a 3-0 Reverderby defeat in between 1-1 draws against Union Berlin and Stuttgart.

Once again, the DfB Pokal served as a source of hope for Die Knappen, as a 4-1 success against fourth-tier side FC Schweinfurt gave them their first competitive victory in almost nine months. Life in the Bundesliga continued to prove tough, though, as a 2-2 draw against Mainz was followed by three straight losses to Wolfsburg, Gladbach and Leverkusen.

The Revenge of the Schalker

In the midst of all this, another major problem arose in the Royal Blues’ camp – internal turmoil. On the November 24, birthday-boy Nabil Bentaleb was released, last season’s best performer Amine Harit was suspended and veteran summer signing Vedad Ibišević saw his contract terminated. All of this was due to disciplinary issues which stemmed from the horrendous performances of the Gelsenkirchen club. Technical director Michael Reschke, who was involved in a controversy involving the unauthorised attempted sale of Omar Mascarell, also departed.

Mark Uth, meanwhile, had this to say:

“It’s so upsetting to turn up here every time and play such helpless football. We’re always a step behind, we’re late into tackles and we didn’t even get a single yellow card. I don’t know how we’re supposed to win a game like this (against Gladbach). I’ve had enough and I’m just so angry. I feel like just going into the dressing room and crying.”

In truth, many players might have wanted to go into the dressing room and cry, but perhaps, the problem was that there was no one to console them. Player-manager relations were strained following some training ground bust-ups, and with most of the previous campaign’s core team either sold in the summer or exiled, the current squad was mostly comprised of returning loanees and youth players who didn’t know each other too well and probably weren’t ready for such a challenge.

There was no stability as far as Schalke’s role of head coach was concerned either, as David Wagner’s successor didn’t last too long himself. A draw against Augsburg and a loss against Freiburg saw Manuel Baum dismissed prematurely, and Huub Stevens stepped in temporarily. He oversaw two matches – a 1-0 loss to relegation rivals Arminia Bielefeld and another Cup success – this time 3-1 over Ulm.

Of course, this chopping and changing of managers (and suspending of players) wasn’t very financially viable, but these were some big gambles the Royal Blues were taking in a desperate attempt to avoid their seemingly inevitable fate of relegation. Christan Gross became the fourth man to lead the club this season during the winter break, but his term started with a loss too – 3-0 against Hertha Berlin.

But then, something unbelievable happened.

I find your lack of faith disturbing.

American teenager Matthew Hoppe had started two Bundesliga matches after making his debut in late November after the aforementioned purge, and he had made two more substitute appearances too, but without avail in terms of goals.

Manuel Baum persisted with him in his second match in charge of the Royal Blues against Hoffenheim as former favourite Sead Kolašinac returned on loan from Arsenal to captain the club, and boy did that decision pay off. With Tasmania Berlin’s record of 31 consecutive games without a Bundesliga win under threat, something miraculous needed to happen.

After a bright start, a magical partnership started to develop. Amine Harit, whose suspension was overturned following the departure of Manuel Baum, combined with Hoppe to do the unthinkable. First, the Moroccan midfielder slipped Hoppe through on the left after a counterattack just three minutes before half-time, and the teenager showed great composure to dink the keeper and make it 1-0.

Hoffenheim, what are you doing?

The Royal Blues faithful didn’t get their hopes up, though, as they feared yet more disappointment. They were gladly proven wrong in the second period, though, as Harit sent Hopped racing through on goal yet again in the 57th minute, and this time, he went around the keeper to make it 2-0. Six minutes later, the two combined again, and this time, the result was yet another chip from Matthew Hoppe.

Finally, in the 79th minute, Amine Harit capped off a brilliant display with a drilled shot into the bottom corner to make it 4-0 and certainly secure the win for Schalke.

These three points saw Die Knappen lift themselves from the bottom of the table for the first time this season, as they have one more point than Mainz now. After looking destined for relegation, they are now just four points away from complete safety.

Nearly a year on from that now-famous win over Gladbach, FC Schalke 04 have won a football match, using just three of the starters from that match against Die Fohlen. Four managers and a lot of financial debt later, they still seem to have some hope, albeit of a different, less European and more survival-oriented kind. But, it still is hope.

After a clash against Frankfurt, Schalke have a key relegation six-pointer to prepare for when they will face Köln. That match could very well decide their fate for the season, and considering the amount of debt they have, could even be a battle for existence.