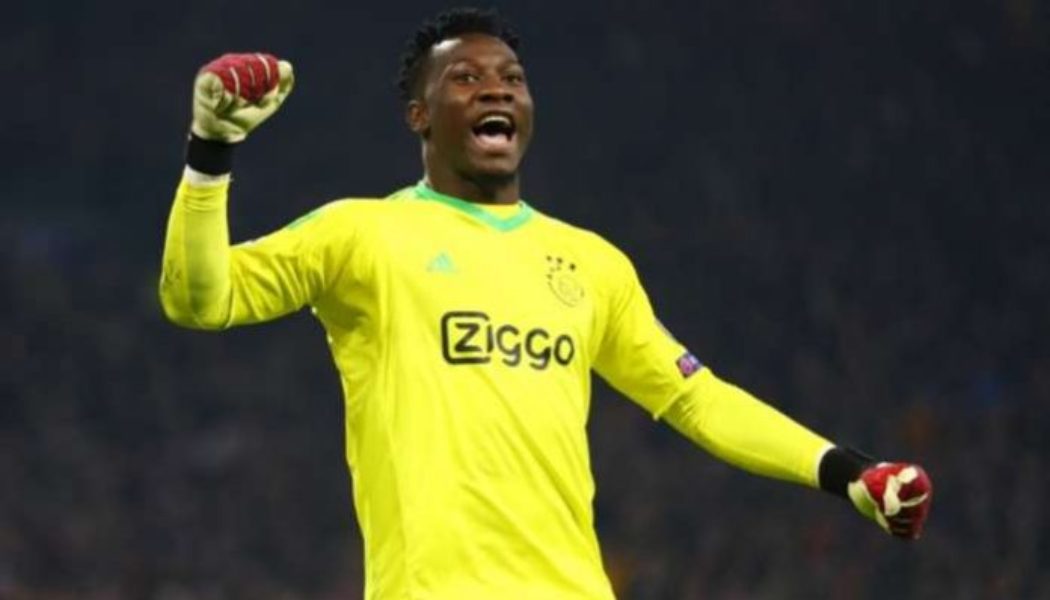 Andre Onana leaving Ajax and joining Arsenal would be “a good move” for the Cameroon international, according to former Nigeria U23 coach Imama Amapakabo.

The Gunners have held discussions with the 25-year-old’s representatives, albeit, they have yet to decide whether they will step up their chase of the goalkeeper.

Arsenal was on the lookout for a keeper following the departure of Emiliano Martinez in September 2020 and the underwhelming form of summer recruit Alex Runarsson.

Despite technical director Edu and Mikel Arteta being big admirers of Onana, financial issues prevented the North London outfit from making a firm offer, instead they opted to sign Mat Ryan on loan from Brighton & Hove Albion.

Amapakabo – who was a goalkeeper during his active career – and was part of the Nigeria team that won the inaugural Fifa U16 World Championship in 1985, weighed in on his opinion on the Ajax star’s links to the Premier League side.

“Every player wants to make progress,” he told Goal. “And looking at Ajax, they are one of the big teams in Europe in respect of the Champions League and all.

“But I think the Premier League right now happens to be the best-rated league in Europe. So, if he is wanting to move from Ajax to Arsenal, I think it’s a very good move.

“As I have always said, career moves are always very important. He is first choice in Ajax, will he be the first choice there [at Arsenal]? Because every player wants to play all the time.

“Nevertheless, in terms of prestige, moving from the Dutch league to the Premier League is a plus.”

Should he eventually join the 13-time English kings, Onana would have to be at his best to displace Bernd Leno to become first-choice.

“It depends on what the manager wants in a goalkeeper. Another question that plays a big role is who is wanting him? Is it the coach or the club?” he continued.

“If it is Arteta that is pushing this move, then I feel he [Onana] should join the team because he is assured of playing time and he would get an opportunity to prove his worth.

“More importantly, doors would open for him if he comes to England because many people watch the league across the world.”

Amapakabo led Enugu Rangers to win the Nigeria Professional Football League diadem in 2016, despite being one of the youngest head coaches in the country at that time.

Déjà Vu: Beyoncé & JAY-Z Flick It Up In Front of An Elevator 8 Years After Infamous Solange Incident

Déjà Vu: Beyoncé & JAY-Z Flick It Up In Front of An Elevator 8 Years After Infamous Solange Incident