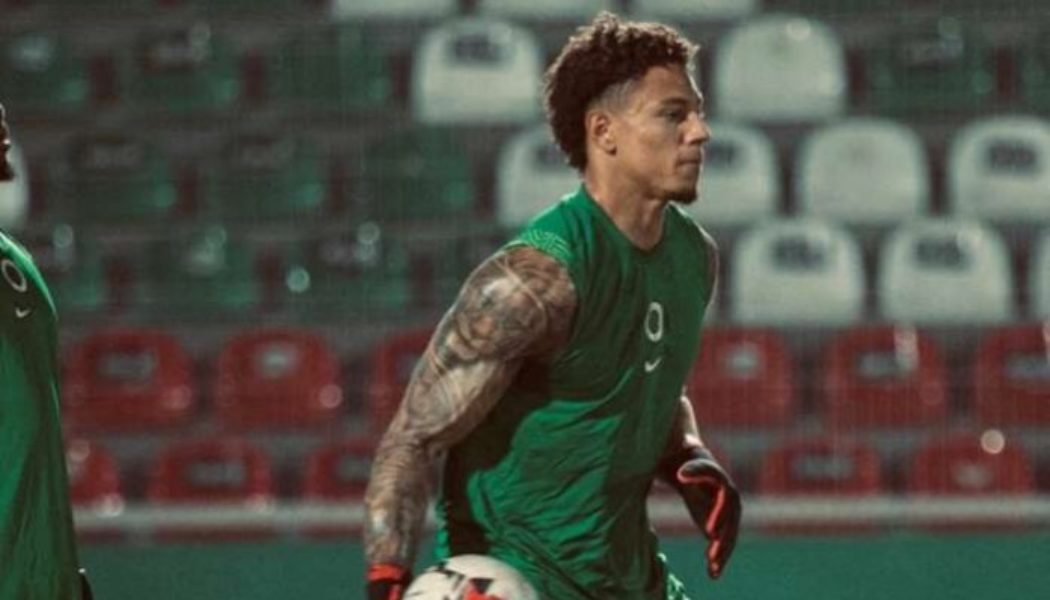 Super Eagles goalkeeper Maduka Okoye says the team will look to avenge last Friday’s defeat to Cameroon when they face the Indomitable Lions in their second friendly on Tuesday night.

Zambo Anguissa struck in the 37th minute to hand Antonio Conceicao’s side their first win against the West Africans in over two decades.

The Super Eagles created a number of chances after the break but failed to make them count.

Gernot Rohr’s charges have another opportunity to make amend in the second friendly and Okoye is confident they will come out with a win this time around.

“We have taken some positives from the first match against Cameroon,” the Sparta Rotterdam of Holland goalie told the NFF media.

“We had a good game and it was unfortunate that they scored with just that one shot on target.

“However, we have shown that we are ready for the Afcon with the strength of character we showed after conceding the goal. We are ready to go for it on Tuesday.”