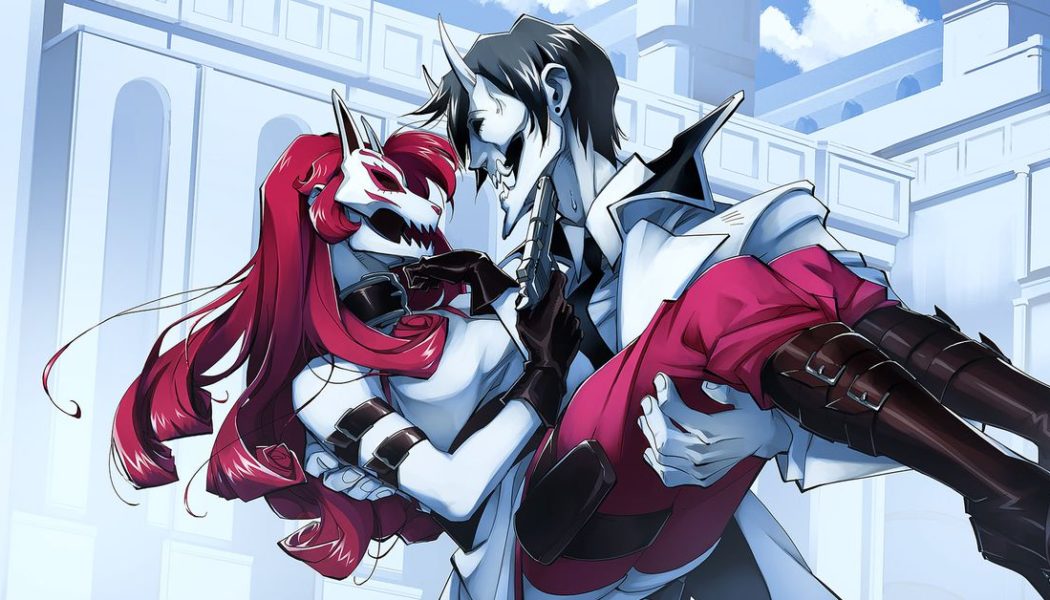 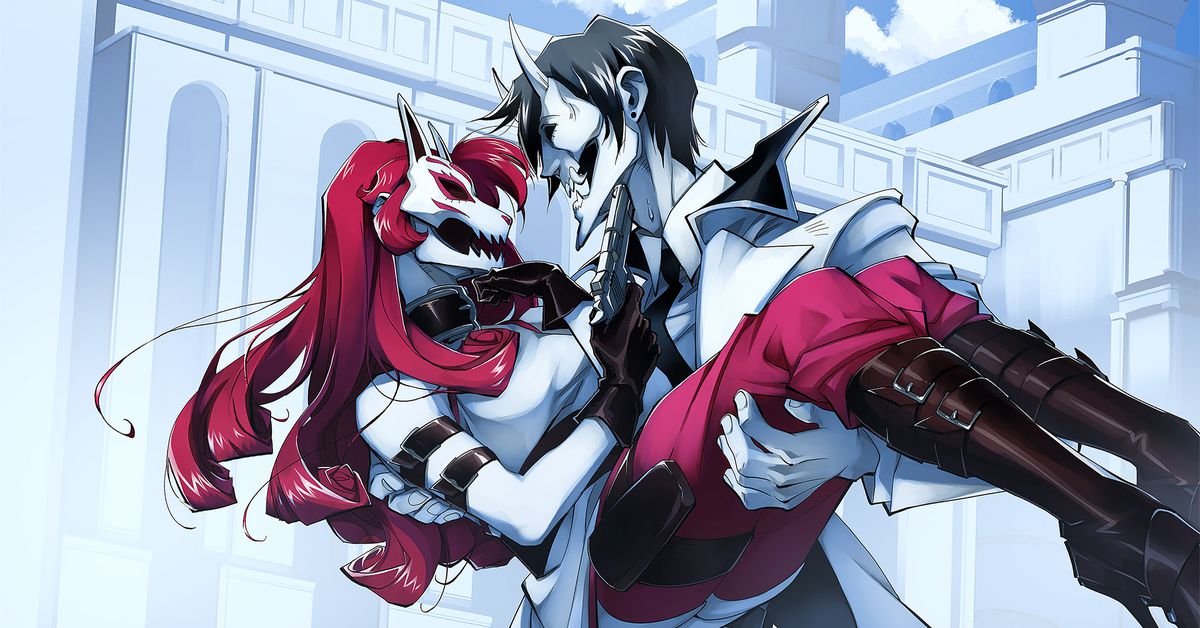 I don’t think I’ve ever played something that blends genres quite like Neon White. Let me try to summarize the game: you play as a demon hunter who destroys baddies in heaven by using cards that serve as either guns or special movement abilities, and the goal is to get through each level as fast as you possibly can. It’s part first-person shooter, part first-person platformer, part puzzler, part card game, part time attack, and even part visual novel.

I’ve struggled to come up with a better description, but in an interview, Neon White creative director Ben Esposito finally gave me one: “a really gamey game.”

“It’s a really unlikely game,” he said. “It’s a really gamey game that’s full of gamey things. But the combination of elements is something that no one asked for.” I think he’s got a point there — the idea of a game that combines first-person action with a race against the clock that’s backed by a charming story sounds ridiculous even in my wildest dreams.

In a video released last year, Esposito talked about Neon White being a game “for freaks,” and I asked him what he meant by that. “We wanted to make something that was unique and felt fresh but still felt like it was using the history of video games, especially late-‘90s / early-2000s Japanese games, as a big inspiration,” he said. “We talk about it being for freaks because you have to be open-minded and you have to be into weird, mid-to-low budget tropes and cliches. It might not be as dignified as another game.”

Neon White is Esposito’s follow-up to Donut County, a delightful but far simpler game where you play as a hole. Donut County is intentionally very accessible. “Part of Donut County’s design was that someone who was four years old could play it,” Esposito told me. So with Neon White, he went in a different direction. “I wanted to challenge myself to do something really different, which was to make a game that was way more about systems and gameplay and pure fun.” Instead of trying to make another game that tried to serve everyone, “I’m going to try to serve me when I was in middle school,” he said.

Neon White certainly would have served me in middle school. As a kid, I played through Star Fox 64 countless times to try and get a better high score, and Neon White lets me chase the top of the leaderboards and feel extremely cool doing it.

But beyond the gameplay and aesthetic, what really kept me playing Neon White were the multiple little discoveries in each level. Most take less than a minute to beat, so it’s easy to practice them over and over again without feeling like you’re wasting time. With each repeated run, you might find a new way to save fractions of a second when going around a corner or even a significant shortcut that cuts seconds off your time. There’s a bonus gift item — a literal gift-wrapped package — hidden in each level as well, and they can be given to characters to unlock new dialogue and missions.

It’s easy to get into a flow state while playing the game, and that’s by design. “Our goal with the levels and the gameplay overall was to make it really clear,” Esposito said. “Everything had to be really, really clear and straightforward.” That way the game could more easily pull players into what Esposito called the “speed zone.” The team brought in some speedrunners to test levels but found it more useful to test with average skill level players instead. “Speedrunners will figure it out eventually. They love pain,” he said. “But the average person needs to get pulled along.”

Neon White also oozes style, and I had to ask about one of my favorite smaller details of the game: the “mission complete” sequence. After you beat a set of levels, a short cutscene plays where the main character flips in front of the camera, says the same silly one-liner, and the words “MISSION COMPLETE” fade across the screen. It feels like a relic from my childhood that I’d look back on fondly, but it’s right here in a game released in 2022. “That kind of victory dance animation, with a sound cue and that repeated sound bite that he says every single time, to me, that’s so video games,” Esposito said.

Everything in Neon White seems to be born from that philosophy. “The thing that’s the core of the game to me is this idea of being the most video games game possible,” Esposito said. “Not everyone appreciates that we made decisions that you’d normally consider to be bad decisions when you’re making a game. We did them on purpose. This game is supposed to be fresh. It’s an original idea and it’s a new type of gameplay, but it’s also meant to celebrate the weird and screwed up and nonsensical parts of video games that made them so fun.”