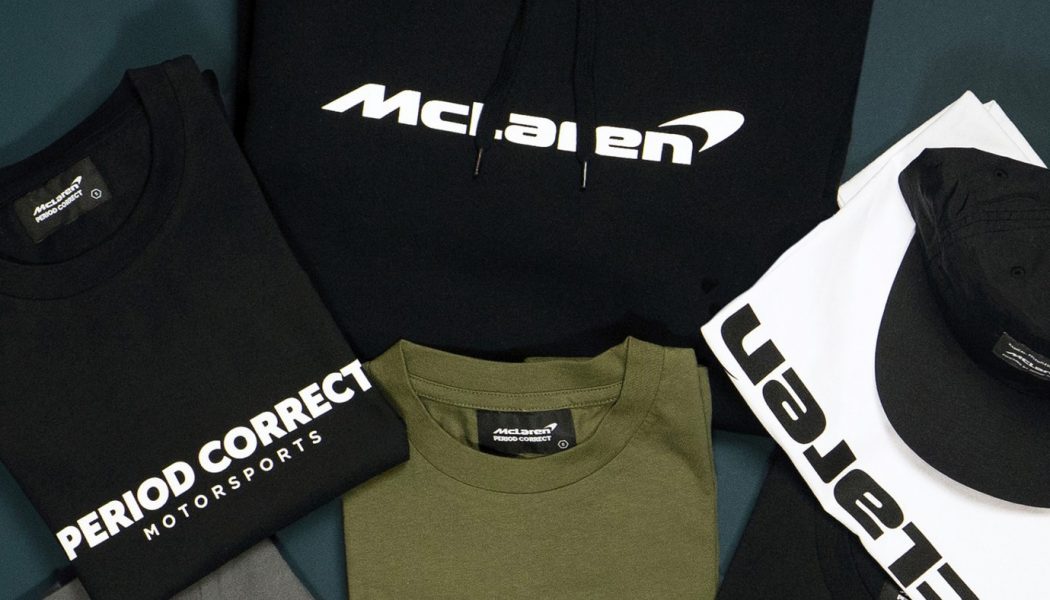 Following a successful collaboration with McLaren in 2018 which begat tasteful F1-themed hoodies, hats, jackets, duffels, and even some primo socks, automotive-themed lifestyle brand and fashion atelier Period Correct teamed up with McLaren once again, this time for a limited apparel run centered around the McLaren 720S and 765LT.

PC whipped up a hoodie, hats, and both long- and short-sleeve t-shirts as part of the partnership, each wearing a mix of McLaren and Period Correct branding. Aside from the subtler designs that feature the traditional white McLaren typeface over a black background, a few of the t-shirts display a black-and-white shot of either the 720S or the 765LT in action both on the track and on the road.

No duffels this time around, but the five-panel hats are some of the most tacti-cool automotive-themed hat’s we’ve seen in quite a while, with low-key McLaren and Period Correct branding. The collection will arrive at McLaren dealers in Beverly Hills, Newport Beach, Charlotte, Greenwich, Philadelphia, Montreal, Toronto, Boston, Atlanta, North Jersey, Long Island, Miami, and McLaren Florida.

This is a limited collection, so once it’s gone, it’s gone for good. You don’t have to have a McLaren-worthy bank balance to pick up some pieces, either—prices start at a reasonable $40.