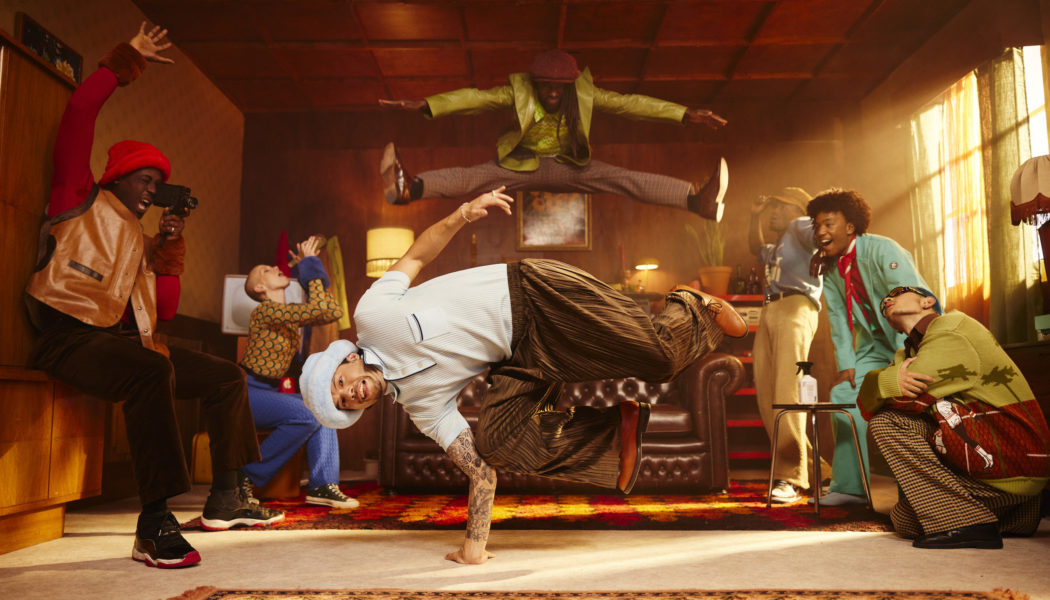 When ~Pourri founder and CEO Suzy Batiz conjured up the idea of a soundtracked campaign to promote the company’s non-toxic odor eliminators, she knew the song had to be funky, original, and a party-starter. So, the Texas-based founder called on the sultriest soul strutters from the Lone Star State she knew to craft “Funk Check!,” which will be hitting streaming services on Oct. 27.

“When I came across Joshua [Markiet] and the Ghetto Funk Collective dancing in the 70’s era ‘locking-style’ on my social feed to a Rick James song, a spark lit up inside me! I thought, ‘what better way to show the world how we’re transforming every stinky moment by flipping the funk on odor than through funk music and dancing?!’”

“Funk music comes from the South, it’s rooted in R&B, soul, and jazz,” Levatino explains to SPIN. “I immediately thought of RC Williams & The Gritz as the premier band to be able to pull off something like this.” So Williams began assembling a team to create “Funk Check!,” sighting influences like Rick James and James Brown as influences for what the tune should sound like.

“I began by studying different funk tempos and looking at what the Ghetto Funk Collective were doing. I tried to come up with an idea that would fit the concept Poo~Pourri was going for.”

Engineer Matt Pence wanted to take these amazing musicians and capture their spirit without intruding in any way.

“RC started with a full-length song and then we cut it down from there, so it still has that initial energy. It was just like any other session we would do for anyone’s music. We recorded to the same tape machine. We had so much fun being organic and genuine.” From there, Pence and Williams figured out how to chop the song into bite-sized pieces that could accompany the campaign. “The key is trying to capture the organic energy that the musicians brought to the session. RC collected all of these people that were intimate with each others’ playing, and I just wanted everyone to be comfortable when walking into the live room.” He adds, “The first priority was to just make something cool.”

The campaign is a powerful testament to collaboration, to the exciting things that can happen when founders and innovators (like Batiz) entrust their brands with creatives and let them fly. “This campaign is a gold standard for creating and marketing responsibly. A female-led company produced an authentic commercial with local world class GRAMMY-winning musicians, a female director, and a diverse group of authentic funk dancers,” explains another collaborator on the project, Ernie Nickles. “Suzy knew she wanted this project to be an authentic collaborative effort from the jump. From the moment she saw Joshua of the Ghetto Funk Collective dancing, she knew ‘Funk Check! had to be an authentic and stunning display of the power of funk music and its culture.”

The result is an exciting piece of work that supports ~Pourri’s vision while existing in its vital funk world because of the talent the collaborators brought to the table. With RC, Keite, The Ghetto Funk Collective, Jason Burt, Black Joe Lewis, and Matt Pence, the team behind “Funk Check!” have created a classic homage to the rich history of soul music. With ~Pourri and this dynamic group of artists linking up, the only funk in your house will be coming from your speakers.