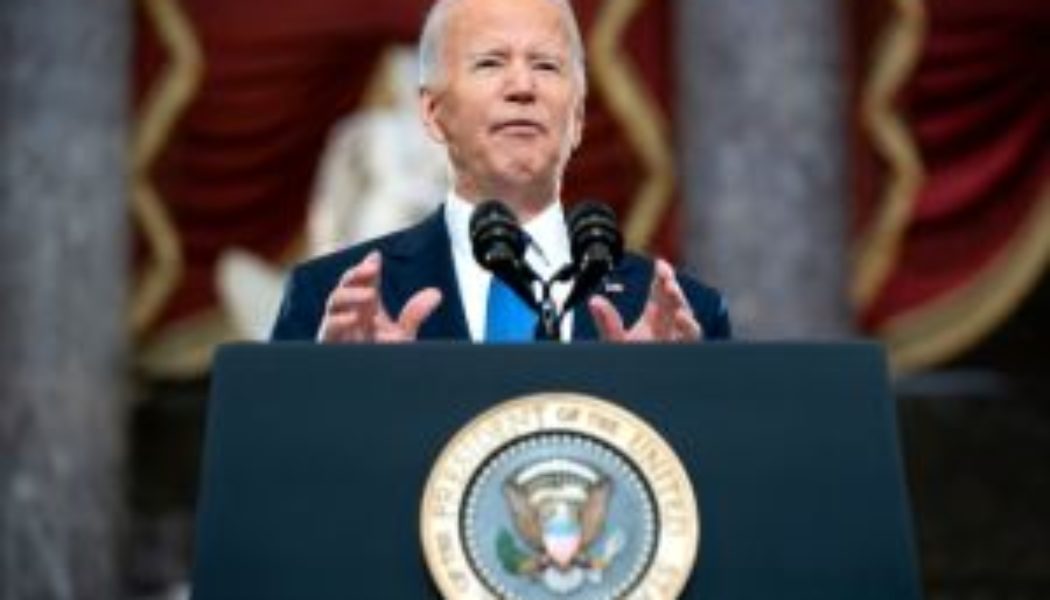 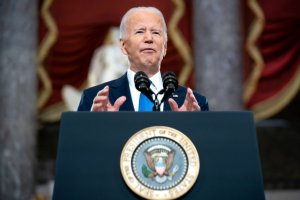 President Joe Biden addressed the nation on the one-year anniversary of the U.S. Capitol Insurrection in a scathing Thursday morning (Jan. 6) speech and didn’t withhold any punches towards former President Donald Trump. President Biden framed insurrection as an attack on democracy, echoing the messaging of his 2020 presidential campaign of bringing America back together.

It was known as recently as last week that President Biden and Vice President Kamala Harris were both prepared to deliver remarks all connected to a day of remembrance for those who lost their lives defending the U.S. Capitol and to drum down on the need to preserve democracy in the nation. Naturally, Biden’s salvo was the first and perhaps loudest moment thus far of the day, and his words sent shockwaves through the nation as evidenced by the reaction across television outlets and social media.

Speaking from Statuary Hall inside the Capitol, Biden didn’t name Trump but it wasn’t difficult to determine who he was referencing.

“Those who stormed this Capitol, and those who instigated and incited, and those who called on them to do so, held a dagger at the throat of America and American democracy,” Biden said.

“We must be absolutely clear about what is true and what is a lie,” Biden said in another portion of the speech. “And here’s the truth: The former president of the United States of America has created spread a web of lies about the 2020 election. He’s done so because he values power over principle…because he sees his own interest is more important than his country’s interest and America’s interest…because his bruised ego matters more to him than our democracy or our Constitution.”

House Speaker Nancy Pelosi was also set to deliver remarks today along with Vice President Harris, who spoke ahead of President Biden which can be viewed in the video below. And on Twitter, several elected officials on both sides of the political aisle shared thoughts regarding the insurrection. We’ve got those tweets listed out below.