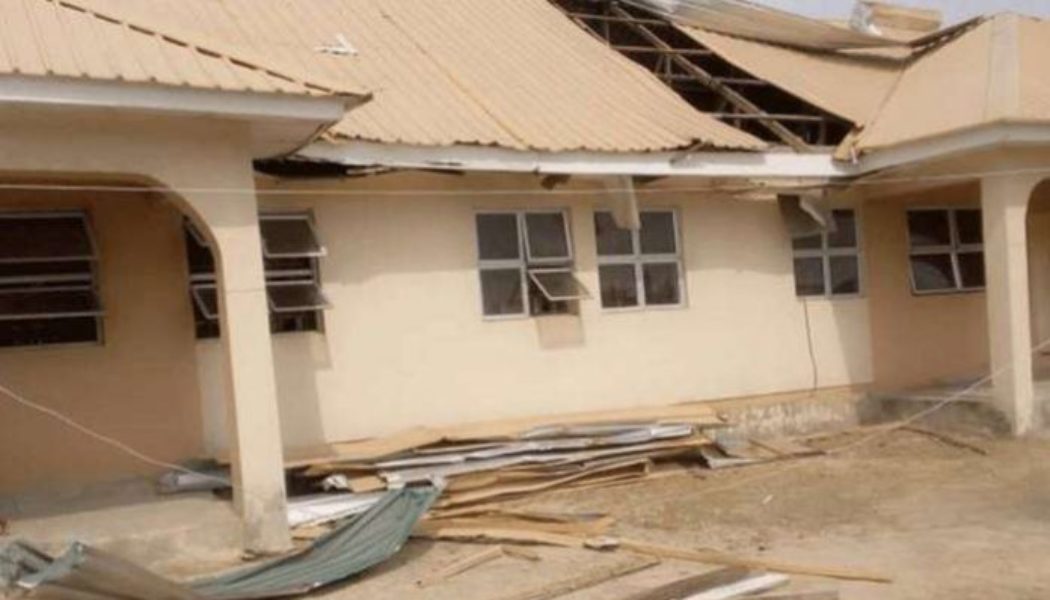 More than 50 houses and other properties worth millions of naira have been destroyed by rainstorm in communities in Qua’an pan Local Government Area of Plateau State.

Residents said the rainstorm, which started Sunday night and lasted till the early hours of Monday, was accompanied by a heavy windstorm that blew off roofs of several houses and rendered many families homeless.

The Chairman of the council, Hon. Abdulmalik Yusuf Haruna, in a statement signed by his Senior Assistant on Media, Mr. Mathias Yengoet Dajan, said that the management and residents of Quaan-Pan Local Government Area are devastated by the level of destruction.

The statement added that the chairman has personally gone round some of the affected structures to ascertain the level of damage and has sympathised with the victims, admonishing them to accept the incident as an act of God.

Haruna assured the people that the Local Government Authority will take necessary steps to attract support from government agencies and private hands to rebuild the affected communities.

The affected structures, according to him, include the legislative chamber and some departmental offices of the local government headquarters’ building, some staff quarters, the NYSC Lodge, the Nigerian Police Force Divisional Headquarters, the Nigerian Security and Civil Defence Corps (NSCDC) divisional office, the magistrate’s court building, the Local Education Authority office, and classroom blocks at government primary and secondary schools.

Others affected, the statement said, are group and private structures including; the newly roofed Nigerian Union of Teachers (NUT) Club building, private primary and secondary schools, shopping malls, several residential buildings, as well as economic trees, among others.

Haruna appealed to governments and spirited individuals to come to the aid of the council.