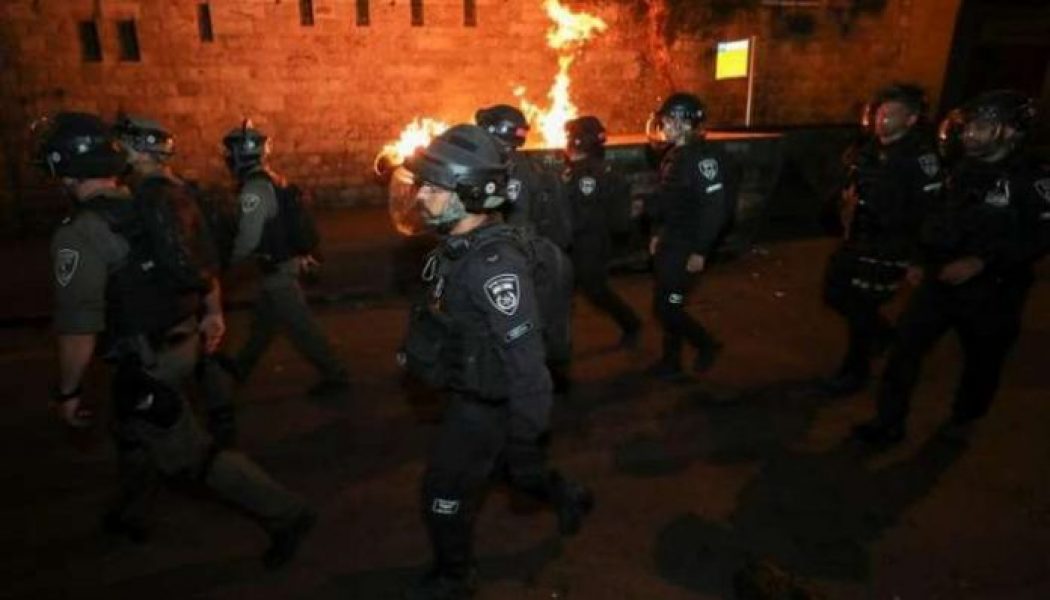 Palestinian militants in the Gaza Strip fired dozens of rockets into Israel on Saturday drawing retaliatory air strikes, the Israeli military said, after nightly Ramadan clashes between Palestinians and Israeli police had resumed in Jerusalem.

The pre-dawn exchange of fire broke months of relative quiet on the Israel-Gaza frontier, though it did not appear to signal a wider escalation after the military said it was not imposing any safety restrictions on Israelis living near the border.

In Jerusalem, Israeli-Palestinian tension has been higher than usual during the Muslim holy month of Ramadan. Protests turned violent on Thursday with scores of arrests and injuries.

The unrest resumed on Friday night, when Palestinian youths gathered outside the walled Old City and scuffled with hundreds of Israeli police in riot gear.

Israeli police said the unrest later extended to a nearby Palestinian neighbourhood with Palestinians hurling fire-bombs at officers and throwing stones at Israeli vehicles and homes. Three Palestinians were arrested and four officers were injured.

In Gaza, Palestinian militants fired 36 rockets at Israel during the night, Israel’s military said, soon after Gaza’s Islamist rulers Hamas and other armed groups issued a joint call for Palestinian resistance in Jerusalem.

Israeli aircraft retaliated with strikes on Hamas rocket launchers and underground infrastructure, the military said. There were no immediate reports of casualties in Gaza or on the Israeli side of the border where most the rockets fell in open areas and six were intercepted.

Clashes and incidents of violence have occurred almost nightly in Jerusalem – a city holy to Muslims, Christians and Jews – since the start of Ramadan on April 13.

Palestinians say police have tried to prevent them from holding their usual Ramadan evening gatherings outside the Old City’s Damascus Gate by erecting metal barriers in its amphitheatre-style plaza.

Israelis have been angered by videos on social media showing Palestinian youth striking or otherwise assaulting religious Jews in the city.

Jerusalem is at the core of the Israeli-Palestinian conflict. Israel claims the whole city, including its eastern sector captured in a 1967 war, as its capital. Palestinians seek to make East Jerusalem the capital of a future Palestinian state in the West Bank and Gaza.