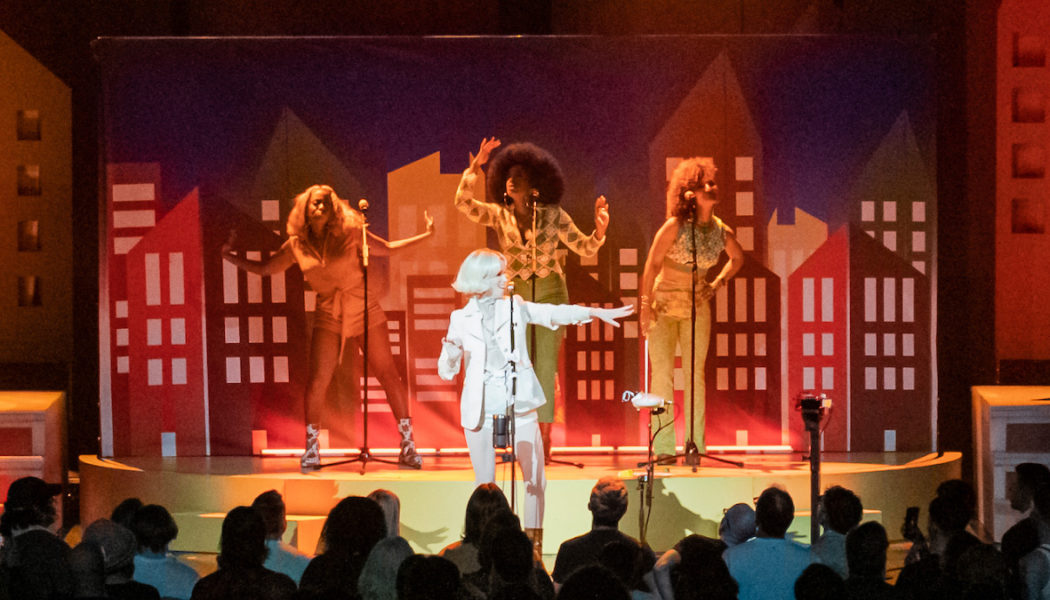 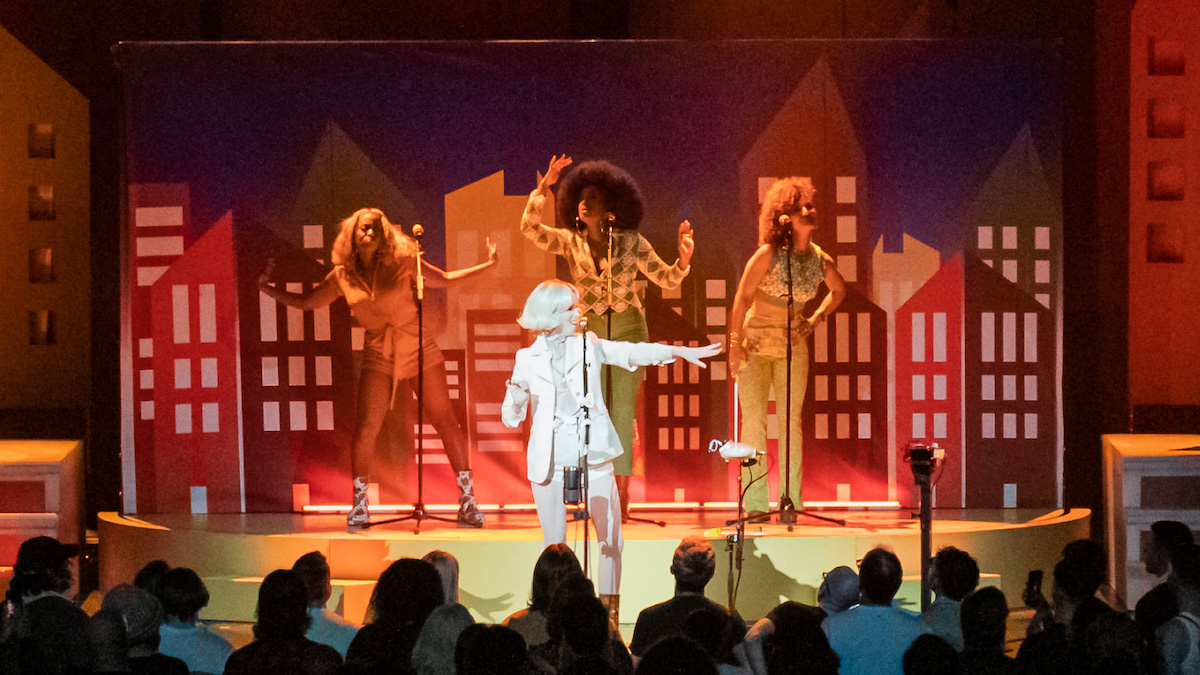 A St. Vincent tour always carries with it a sense of the theatrical. Everything is delivered with considered planning and plotting, from the lighting cues to the set design to the dance moves. It’s not surprising the “Daddy’s Home Tour” once again brings a carefully crafted presentation to the rock gig, but it’s interesting how deeply it leans into it.

Some moments are pure Broadway, like the trio of backing singers milling about with drinks in their hands “peas and carroting” in the background during “…At the Holiday Party.” Instead of the typical, “How you doing tonight, New York?!” to elicit cheers from the crowd, Annie Clark answers a telephone carried out by a stagehand dressed in a diner waitress outfit. Clark’s friend on the other line is downtown at The Box being pulled into the void of a heavy trip and only the screams of the audience can pull him back! It’s interactive theater, though just cute enough to not be too corny.

The stage itself, a cityscape an off-Broadway show would be proud to have, is constantly lit by flashing lights to match the songs’ moods. Center stage is a spinning backdrop, sometimes a mirror into which the backup singers primp and preen (“Los Ageless”), others a wall of light rods like a ’70s nightclub (“Sugarboy”). All the movements of St. Vincent and her backing musicians around this stage are clearly blocked, down to the guitar solos. With her fitted white jacket, that long supercardioid cabled mic she uses, and a blonde wig, St. Vincent is playing a character up there, and the disco-era attire of everyone else on stage serves to set the scene.

This could all easily be critique, but it’s not. The magic of this theatre (that’s r-e) show is that it works. Not only does it work, it actually elevates the relatively meh material off Daddy’s Home. Songs like “Down” and “My Baby Wants a Baby” loom much larger in person than they do on record as they’re given the trappings of the sound for which she was going. Without the over-polished production of the LP, the title track and “Pay Your Way in Pain” get their chance to rip in a live setting.