Jim Stewart, who co-founded the iconic Stax record label, has died. “While his impact on soul music is immeasurable, the ‘Memphis Sound’ he fostered throughout the 1960s and 70s as a savvy record executive and visionary producer can still be heard and felt in the music of today,” the label posted in a statement on Monday (December 5). Stewart was 92.

Stax ushered in some of the greatest soul and R&B songs of the era, developing a sound that came to be known as Memphis soul. With a distinctive studio space in a converted theater and a racially integrated “house band” of session musicians, the label defied conventions of musical and social segregation amid the localized turmoil of the civil rights movement.

Stewart grew up in rural Middleton, Tennessee, and relocated to Memphis to attend college. As a fiddle player in local country circles, Stewart tried his hand at the music business, establishing Satellite Records with his sister, Estelle Axton, in 1957. The label moved its operations to a former theater two years later, with its unique setup contributing to rich, deep recordings. Stewart and Axton changed the label name to Stax in 1961, and soon started working regularly with a rhythm section led by a keys player named Booker T. Jones. That group, Booker T. & The MG’s, developed the fluid rhythmic sound that became the Stax signature.

Stax operated a handful of subsidiaries for its catalog, among them Volt, Chalice, and Enterprise. Otis Redding’s music first arrived via Volt in 1962, and the studio quickly became notable for its output of material that brought together soul, rhythm and blues, and rock music. Isaac Hayes also got his start as a songwriter and producer at Stax, as did the duo Sam & Dave and blues titan Albert King. In addition, the label released groundbreaking material from the Staple Singers as they began making gospel-influenced R&B records for secular audiences.

Though the label cranked out numerous hits through the mid-1960s, Stax fell subject to the forces of bigger music business players after Warner Bros.–Seven Arts, Inc. bought Atlantic Records in 1967. Otis Redding’s death the same year delivered another shock to the label, and a new co-owner, Al Bell, entered the fold in 1968. A few years later, after a distribution deal with CBS went awry, Stax was forced into bankruptcy in 1975. Jim Stewart personally attempted to save the label, putting up his house and cash for the effort, but he ultimately lost the assets when Stax was shuttered at the beginning of 1976. (The label has since gone through other buyouts, currently operating as a revival after several years focused on reissues.)

Stewart was inducted into the Rock & Roll Hall of Fame in 2002 by longtime Stax associate Steve Cropper, and Stewart’s granddaughter accepted the honor on his behalf. 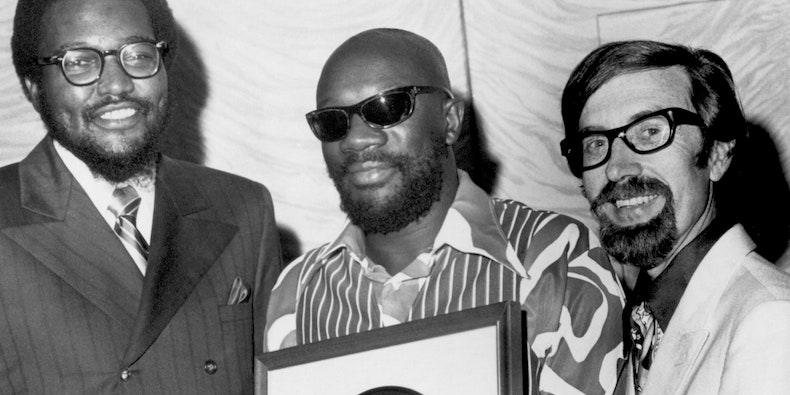