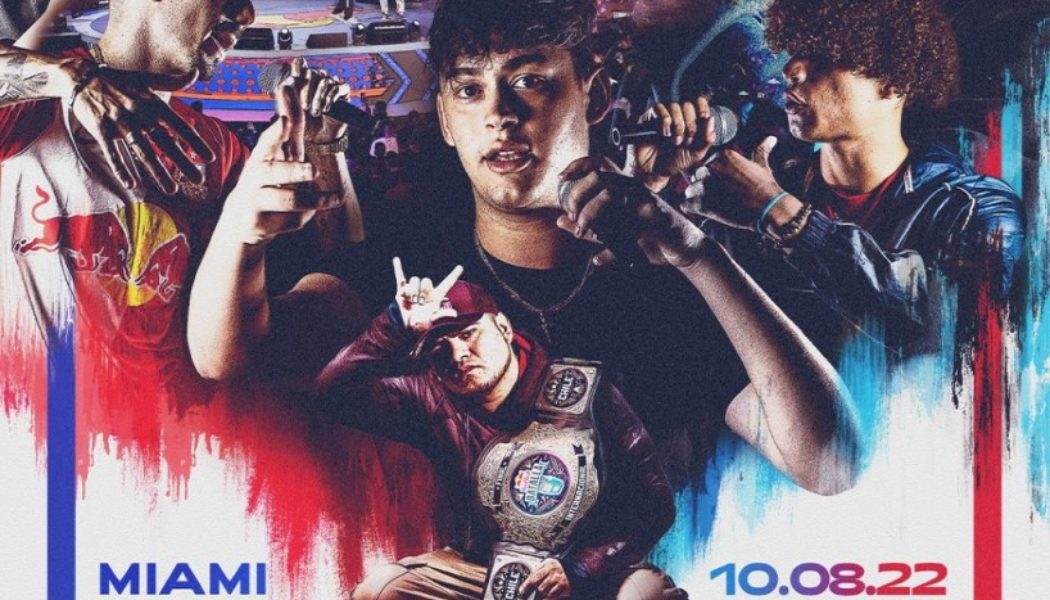 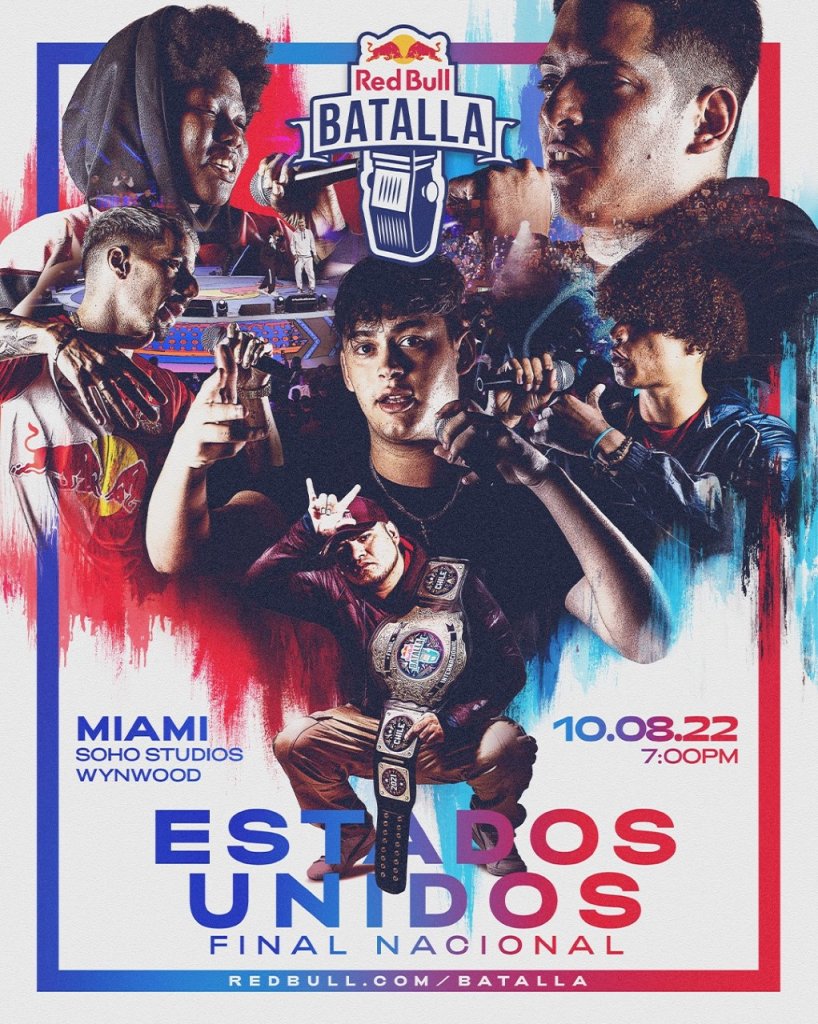 Red Bull Batalla is the largest Spanish-language freestyle competition in the world, and 16 MCs will bring their respective talents to the Magic City of Miami, Fla. Judging the festivities will be past Red Bull Batalla champions and pure proponents of the Spanish freestyle battle culture.

Red Bull Batalla is now in its 16th year and the culture of Spanish freestyle has expanded and thrived over the last decade and a half as a result. This coming Saturday (Oct. 8), the USA Finals will go down at Soho Studios as the MCs lock horns in a bracket-style battle in front of a panel of notable judges deeply embedded in the culture. At the end of the battle, the Red Bull Batalla USA Champion will be crowned and head to the World Finals in Mexico City. 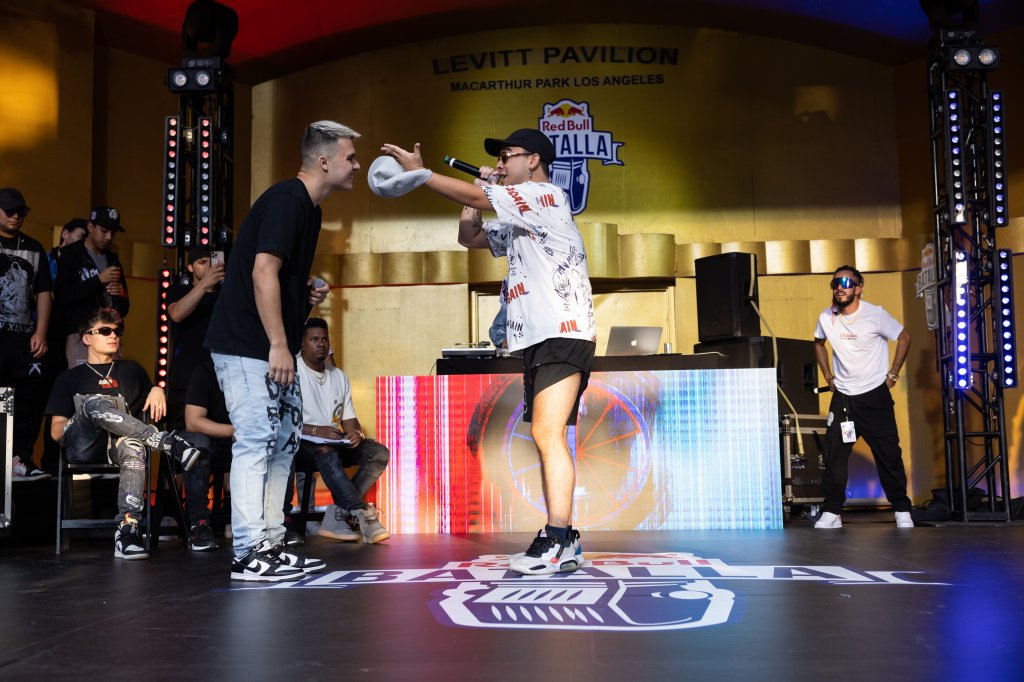 The year’s Batalla series kicked off in the spring and across the nation, the competition grew intense as judges helped to narrow down the participants in the USA Finals, who we’ll list down below.

El Poeta from Phoenix, Ariz. He is the winner of the 2022 Dallas Qualifier this past June.

Pailot from Durant, Okla. Pailot hails from Argentina and currently teaches tennis in the states. This is his first year entering the field.

Adonys from New York, N.Y. Hip-Hop Wired had the pleasure of speaking with Adonys during his 2021 campaign and now is back at it again.

OneR from Tamarac, Fla. OneR hails from Venezuela and currently lives in the states. His win at the Los Angeles Qualifier was seen as a shock to some.

Nico B from Miami, Fla. Nico B first got into battling in 2018 and was a 2018 Batalla competitor.

Macías from Colorado Springs, Colo. Macias came in second at the Los Angeles Qualifier in 2022 and has been immersed in the scene since grade school.

Outlaw from San Juan, Puerto Rico. Outlaw is a relative newcomer to the freestyle scene who drives Uber in the day while perfecting his craft at night.

Reverse from West Palm Beach, Fla. Reverse is the 2021 USA National Champion and will be defending his title against tough competition.

Eckonn from Orlando, Fla. Eckonn is originally from Venezuela and resides in Orlando where he continues to work on his singing and songwriting craft.

McBetho from Irving, Texas. A 2019 USA National finalist, McBetho is a globally seasoned freestyle competitor who wants to win it all.

Cuban from McAllen, Texas. Currently a resident of Miami, Cuban is now part of the field after his first foray for Batalla in 2020 didn’t pan out.

Freites from Orlando, Fla. Freites represents Venezuela and currently resides in Orlando. Another newcomer to the scene, he’s one to watch.

Santos from New York, N.Y. By day, Santos is a Dominican filmmaker and first got involved with Red Bull Batalla in 2016.

Jordi from Austin, Texas. Jordi is another MC Hip-Hop Wired interviewed previously and the humble Texan MC was the Dallas Regional Cup Winner.

J Luna from Los Angeles, Calif. J Luna works as a Civil Engineer by day but is a heavy proponent of Hip-Hop and freestyle culture, winning the 2022 Los Angeles Regional Cup. 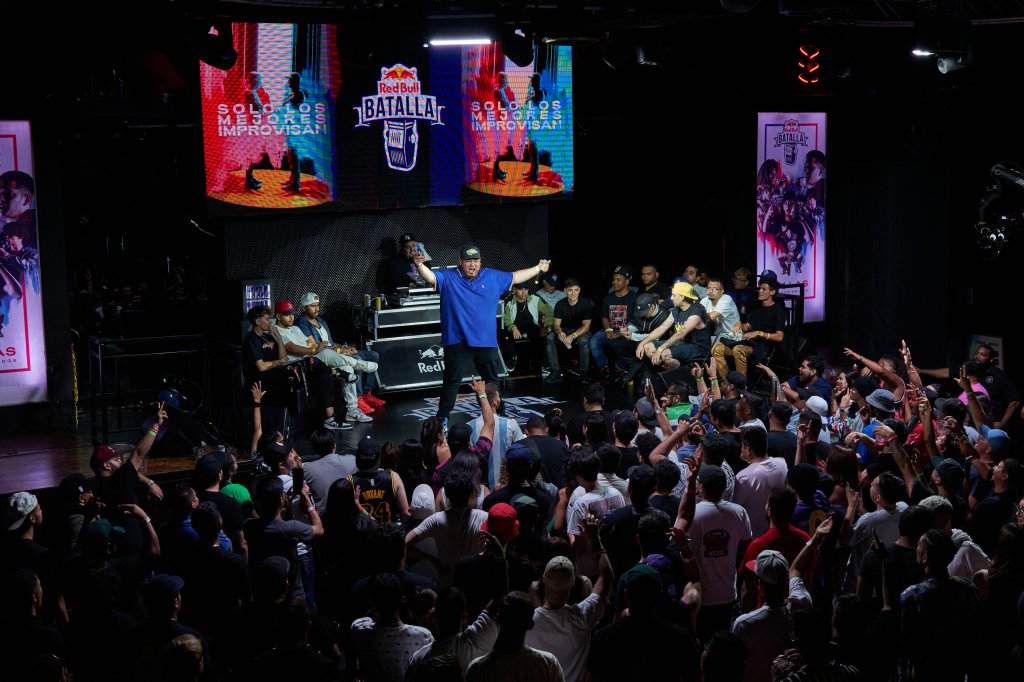 And now, the judges for the Red Bull Batalla USA National Finals.

The event will be hosted by Rasco White Lion, the creator of the Indigo Freestyle League, and superstar Latin rapper Jenn Morel. The DJ for the festivities will be Nicaraguan-American DMC World Championships veteran Craze, who will also provide original beats for the MCs to get busy over.