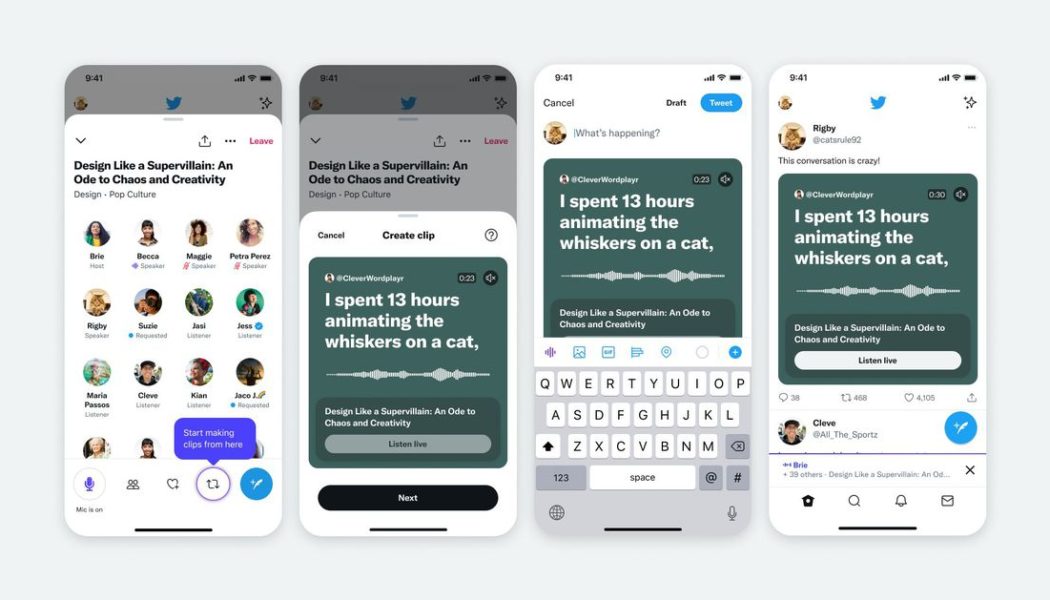 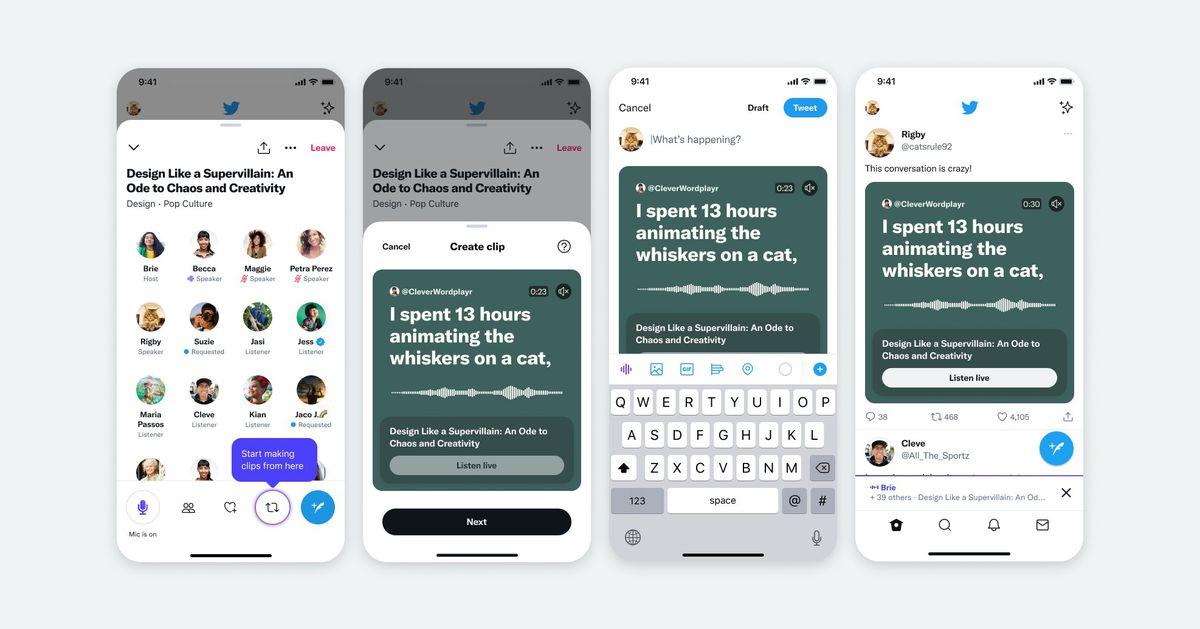 Twitter is testing a new feature for its Spaces audio rooms that allows a host to share a clip of recorded Spaces on their timeline. The feature is now available to “certain Hosts on iOS.” Everyone on iOS can see and listen to clips, while those on Android and the web will be able to “real soon,” according to Twitter.

ever wish you could capture a moment from a Space? great because we’re testing clipping!

certain Hosts on iOS can now clip 30 seconds of audio from recorded Spaces to share, everyone on iOS can see & listen to clips on the Timeline—coming to Android and web real soon pic.twitter.com/DZcV1dzGaz

Clips are already quite useful on other platforms — they’re a handy way to share digestible bits of information or content. I personally associate them most with Twitch — I’ve watched a lot of clips of notable moments from streams in lieu of trying to scrub through an hours-long recording of a stream. YouTube is testing a similar feature. Spaces competitor Clubhouse announced clips in September. Amazon has a clips feature that lets you share up to 30 seconds of some Prime Video content. And Slack even made a clips feature that lets you make short audio or video recordings to help people reduce time spent in meetings.

However, it seems that Twitter is limiting clips only to Spaces hosts for now, which could be a way to prevent clips from being used in a harmful way. It’s unfortunately all too easy to imagine an ill-intentioned listener taking a clip and spreading it in a malicious way on Twitter, so I think the company’s decision is the right one here. We’ve asked Twitter if it plans to let listeners share clips at some point in the future.